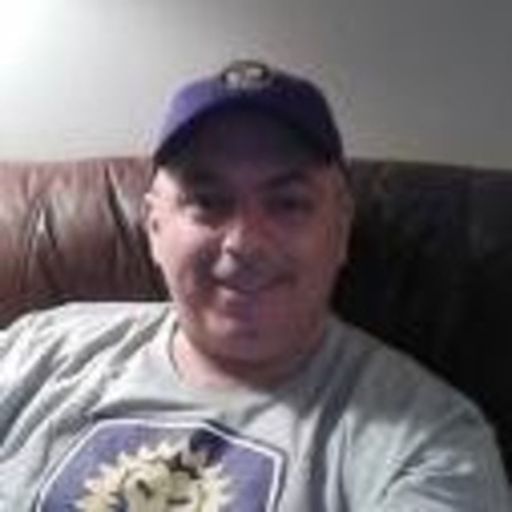 Managing Editor/founder of The Mane Land, the SB Nation blog covering Orlando City SC. Host of The Mane Land PawedCast. Publisher of Michael's Record Collection Substack newsletter. Contributor at BuckeyeScoop.com and co-host of Silver Bullets Podcast.. Obsessed with soccer and Ohio State's sports teams. Journalist and communications professional. Trying to stay as unbiased by my likes and dislikes as a human being can be, and sometimes succeeding.

Orlando City at Columbus Crew: Preview & How to Watch

Orlando City vs. New England: Preview & How to Watch

My understanding is that the plan was always to sell Chris after the season he had last year to "strike while the iron was hot," but whether the team was unable to find their asking price in the off-season or not, you can’t negotiate from a position of weakness, so a new deal was needed rather than simply picking up his option, and it should have been in place before the end of the 2020 calendar year. As for whether he was "petulant," that’s a matter neither of us knows but it certainly flies in the face of everything a guy who runs a book club and has actually written a book about positive thinking and self improvement has stood for.

What we do know is that he signed a pre-contract to join Hibernian, asked to leave, and Orlando demanded…something (don’t know exactly what, but it was obviously not an insignificant something or the SPL team would have just paid it) to get him for the start of the SPL season. AT THAT POINT (July 22, a full two weeks before the secondary transfer window closed), you’ve got a player on your team that wants to be elsewhere. The logical move for all involved in that situation is to mutually agree to terminate the remainder of the contract. His 2021 season has shown that holding onto him has done the club ZERO good, while every contender in the East got better and the Lions not only stood pat, but alienated one of their best players.

I haven’t yet heard a single good argument for forcing him to stick around. He hasn’t helped the team win. In fact, just the opposite: a lack of offense from that position is crippling to Oscar’s system, especially when Dike was out (the Lions are 5-5-6 in the time since Mueller signed with Hibs and I don’t think he’s tanking…he’s played hard, but he just hasn’t looked "right." I can’t say it any better than that but people who watch this team regularly have seen it and Dave and I have devoted untold amounts of time discussing Mueller this season to the point it was almost a regular segment on the podcast.). It’s prevented van der Water getting more minutes. So, in that sense, as well as this being the second time the club has tried to enforce a contract against a player’s wishes (establishing a reputational pattern), it’s obviously not been good for Orlando. To what extent the 5-5-6 run is attributable to this is impossible to know, but his goal last night was his first since 19 days before he signed his pre-contract. He had four assists at that time and has one since and a lower percentage of his shot attempts have been on target since then. A lack of production from his position was avoidable by letting him go in July and signing a replacement. The club had already been sold to the Wilfs at that point and there’s an open DP slot, so that shouldn’t have been a difficult idea to sell to Mark Wilf, especially knowing that you’ve got two expiring DP contracts at the end of this year.

Sorry Michael, but you are engaging in major Monday Morning Quarterbacking here by pretending that you could see the future months ago.

I have criticized the club not re-signing him previously because the possibility of him leaving on a free was always untenable. I typically have defended every move Luiz Muzzi has made since arriving, even if a new signing started off looking bad (looking at you, Robinho), because they usually turn it around and play well (no, not you, Robinho), but this is one thing I think Muzzi got wrong and I have said so. Dave and I talked about this on the podcast months ago, and I’m pretty sure we addressed the club needing to get a deal done last year when we did our stays/goes segment at the end of the season, although to what extent we dove into all the little details of it, I don’t remember. It’s always a very long segment. Definitely felt like they needed to sell him BEFORE the season if they were going to do it or else they needed to re-sign him.

I have no objections to you having the final say below this and the readers can decide who they think presented a better case.

It’s always nice to receive permission to post on the site I manage, in a comments section I moderate, so thanks for that.

But I do think that Mueller should have known that there was almost no chance he would be sent away early and if he didn’t come to that conclusion, that’s ALL on him.

Players make requests to leave all the time. Clubs aren’t obligated to move a player who wants to be moved, but they generally do it. If you do this enough times, it can hurt player recruiting because the club gets a reputation as not being player-friendly. This is the second time Orlando has made a drafted player unhappy. That next SuperDraft pick is going to know the club’s history and it might be more difficult to sign them and it could cause them to look at a lower tier European league instead of MLS. The only thing Orlando gets out of not moving Mueller early is the opportunity to play a player who, as a result, hasn’t played well. There is literally no benefit in that and in fact could have hindered van der Water’s development.

As for Mueller’s attitude, it’s always been exemplary, and his effort hasn’t diminished, just his production. And that’s going to happen if you’re holding a player against his will.

Orlando City vs. CF Montreal: Preview & How to Watch

Non-penalty call was a make up no call…

If true, this either gives a lot of credit to a guy (referee Marcos de Oliveira) who could in no way know whether the ball crossed the goal line from where he was (and Pareja said in postgame the jumbotron didn’t really show it, but he was told by his people upstairs that it crossed the line), or it outright paints VAR Fotis Bazakos as both 1) an evil person who knew the ball crossed the line and yet did nothing about it in terms of informing the referee in the moment, and 2) a person who later told de Oliveira that he let a good goal not count (I imagine while in the midst of an outburst of evil villain laughter, raising his pinky to the corner of his mouth).

As for Schlegel’s play, I felt he was interfered with by Hagglund, which threw him into an awkward position and I like the (double) no call. Emmanuel Mas was already shouting for a foul call before Schlegel’s arm hit Vazquez. To me, that was like when you see a punt returner get mashed before the ball arrives and howl for a penalty but then on replay see that his own guy was blocked into him. I also wonder if Orlando City talked to the league after the Nashville game about the opposition interfering with Schlegel on set pieces and if that was something being watched for (Jack Maher of Nashville was outright abusing Schlegel to try to free up Walker Zimmerman in that match…maybe because he’s not as strong as Carlos/Jansson this is a tactic teams are trying to use?). Even if it had been an obvious penalty (which, I’m sure is the Cincinnati view, though Miguel Gallardo did a good job of breaking down, IMO), it was simply the universe correcting itself, so the outcome was correct anyway.

We’re talking PRO, so I fully expect them to come out and apologize to Cincinnati this week for that no-call, while at the same time failing to address the Akindele goal in any way. It’s not the most competent organization and doesn’t seem to care to be.

Orlando City vs. FC Cincinnati: Preview & How to Watch

Since the exact nature of Pato’s injury was kept quiet,

Well, there was the press release and our subsequent story. He had surgery on his knee that was supposed to take, at most, six weeks recovery time, which would have gotten him back into training in mid-June.

Upon his return to training, they took it slow with him and as I recall it was at least two weeks before we were told he was back to training with the full group, which puts you now at the end of June/early July. We were told in early July that he was nearing a return and then,
as often happens, he sustained a different injury. Often there’s a tendency for the body to overcompensate for a weakened area that leads to a problem with another area, and he picked up a "lower body injury"…most likely a soft tissue thing…probably a quad, calf, groin, or hamstring. I can’t recall if Julia had anything specific in her training reports. We’ve seen calf, quad, and groin injuries take a couple of months to heal in the past. Notably Cristian Higuita was out a long time with such an injury a few years ago. I can’t recall the player (Ramos, I think) who missed nearly three months with a hamstring. Every one of these is different, so gauging an exact timetable isn’t easy. And that’s when a club is actually fairly transparent, so when it’s opaque, it’s just guesswork. And we know that Pareja eases some players in much more slowly than others if they have a history of setbacks. So it’s been slow, methodical, and cautious. It’s possible we never see Pato play again. It’s also possible he’s in uniform at Cincinnati next week.

commented on Two-Week Gap Between Games Could be a Double-Edged Sword for Orlando City from The Mane Land, Oct 8, 2021, 4:06pm EDT

Orlando City vs D.C. United: Preview & How to Watch

Lions Rally from Two Down in 2-2 Draw at Nashville

Orlando City vs. Nashville SC: Preview & How to Watch