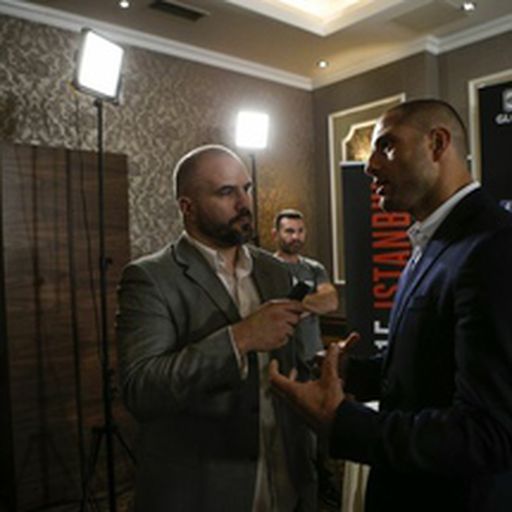 Michael Stets is an MMA journalist/reporter and is also a host on SiriusXM RUSH. Some of his work has been featured in Fightline.com, thefightnerd.com, mmadiehards.com, fullcontactfighter.com, and Fight! Magazine. He graduated from the Connecticut School of Broadcasting in 2009, completed an internship with SiriusXM NFL Radio, and began his radio career as an on air stringer/field reporter for WGHT Radio in Northern NJ. He then left that station early in 2011 to embark on a career in covering MMA. In addition to covering MMA and kickboxing, Stets is a studio host on WJR 760 AM in Detroit and can be heard each week on the station's pregame show "Detroit Lions Countdown to Kickoff." His favorite band is the Deftones, and he enjoys action and horror movies. He also trains in the grappling art of Sambo. Follow him @Michael_Stets