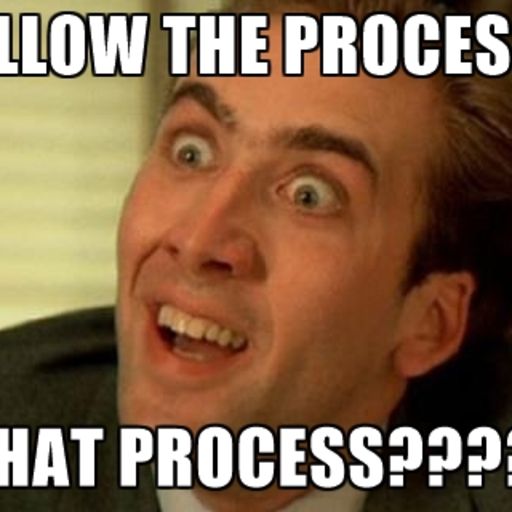 I like the Red Wings, free speech, and slacking off at work.

But who was he supposed to pass too?

Point is he shouldn’t be our main puck carrier. He should be a Shooter.

An article by Shayna Goldman

New York writer for the athletic had an article about the Rangers looking at C’s which is known and why they are the Eichel frontrunner. She mentioned 5 alternative options including our very own Larkin.

Here is most the blurb about our guy. Keep in mind this is not a "rumor" it’s just giving ideas of people who would fit.

Dylan Larkin is a core player in Detroit, but his best years likely won’t line up with the Red Wings’ return to the playoffs. That’s why they could consider moving him for the right offer, featuring future assets that better fit their path.

Yep I could see that. See #groundzadina. Don’t expect it with him like I do Bert but could certainly see it.

Generally, he’s a volume shooter, which is exactly what the Rangers crave.

Quality of teammates, along with systems and coaching, likely are at the root of his dip in play. With Larkin, at five-on-five, the Red Wings’ expected goal rate was 6 percent below average; they lacked net-front shots, which may be attributed to the center’s mainstay winger, Tyler Bertuzzi, missing most of the season — but they still created some scoring chances. Without him, though, their offense was a black hole, with their xG generation falling 20 percent below average.

A volume shooter that we somehow rely on to do the shooting and the carrying. Seems like a bad idea no? Also that 6% below average includes a 9.4% more expected goals against than average. Some of that might dispel the Bally sports Zadina Selke like narrative they were trying to build but it was something to hold onto last year I guess :).

Last season was one of Larkin’s worst shooting seasons, but there’s the potential to change that with a new team — especially if he were to skate alongside an elite playmaker in Artemi Panarin. What may have contributed to one of his worst shooting seasons — both in terms of shot volume and scoring — was a lack of high-danger passes preceding his shots. That would unquestionably change alongside Panarin. In a better position to shoot, the focus shifts to his finishing ability.

This is the part that intrigues me. An outsider look at Larks leads to wanting more shooting and the need of an elite playmaker to find him. That goes contrary to what seems to be Blash’s way where Larks is used as the skill and it’s up to someone else to score off of him. Clearly he can’t do it all and nice to see people away from the team see what he should really be. I know I mentioned plenty of times that I think he (not Mantha and Zadina) should have been our power play one timer guy.

Either way the article has other much more likely targets like Kuznetsov, Monahan and Hertl but it did get me thinking about just how much a Raymond could help a Larkin with that need of an elite playmaker (who can also carry the puck)

It won’t be Zadina and it won’t be Vrana who gets the best out of Larks. It also won’t be Bert who relies on Larks more than Larks relies on him.

SoCalWinger's comment on Quick Hits: The “Dropping the Hammer” Edition from Winging It In Motown,

J.J. from Kansas's comment on Quick Hits: The “Dropping the Hammer” Edition from Winging It In Motown,

He is here to be on the PK. We have very few that played significant minutes left (as Larks was removed from PK duty last year).

On Names, Gagner and a 2nd year Ras to cover the 5-6 spots a team will need.

I suspect we will try the Bert/Larks combo again but the results were poor before with them. This gives Rowney a leg up on Smith for the 12th man role and why I figure Stevie signed him.

A player for the future perhaps

A potential fit San Jose both might let walk and who might not get moved as his contract expires as his NTC has a three team trade list.

Here is what’s up lately with Hertl

"I wonder if San Jose will want to re-sign me, and if I’ll want to stay there," Hertl told iDNES.cz. "I don’t want to think about it so it doesn’t negatively affect me. I’ll start the season and see how it turns out."

Hertl, who would generate plenty of interest were he to be dangled by the Sharks as trade bait, indicated there haven’t been any meaningful discussions about a contract extension. While he said that any trade speculation is "coming more from the media," he added, "I also haven’t gotten any indication that they would like me to stay. No one ever knows what the bosses are thinking. I’m trying not to think about it."

Keep in mind 3 team list so there can be all the interest in the world but if he decides to become a UFA; they won’t be stopping him. Also contenders won’t have the space to sign him so like a Daneault he will end up with a rising team.

Hertl indicated that playing for a competitive team is more important to him than the size of his next contract.

"If I change teams, I’ll be looking at places where there’ll be winning. But the other thing is if those teams would want me. It’s complicated, but who knows? Maybe San Jose has a plan in mind, and I don’t fit into it for them."

Stevie is going to have a competitive team soon and could convince him to be one of our leaders.

Is it time for a Czech mafia?

Mattacks's comment on Quick Hits: The Statistics and Lies Edition from Winging It In Motown,

Mattacks's comment on Quick Hits: The Statistics and Lies Edition from Winging It In Motown,

If healthy and we don’t move Bert or more; over

However we are never healthy and might be moving him and more so I go under by a bit. 72-77 total barring more moves.

commented on Quick Hits: The Statistics and Lies Edition from Winging It In Motown, Sep 1, 2021, 1:20pm EDT

What everyone said about Vegas before the benefit of hindsight.

Personally I don’t think better than 14-15 and can’t see the actual point betting total but I bet they challenge for a playoff spot and accumulate some points and here is why.

Basically Vegas and a whole lot of medicore.

commented on Quick Hits: The Statistics and Lies Edition from Winging It In Motown, Sep 1, 2021, 1:10pm EDT