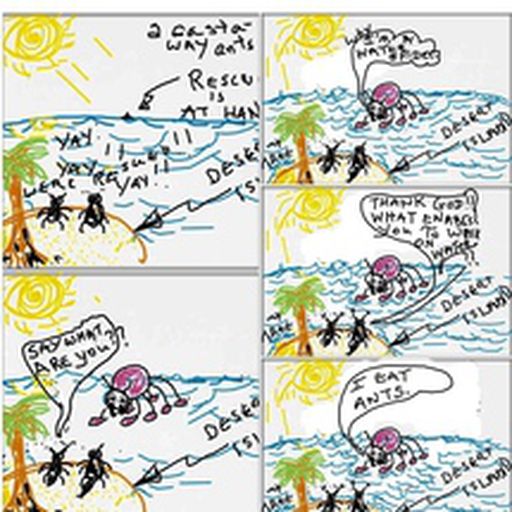 Mistuh Bear meets Mistuh Main. Colonel Rebel, he laid real low. Somebody git some pennies. His wicks done guttered. "The only true wisdom is in knowing you know nothing." Socrates We're more screwed than a drunken coed at Panama City Beach during Spring Break." Doug Giles, Town Hall What this country needs is longer extension cords. Pedantimus I have no other but a woman's reason: I think him so, because I think him so. -- Lucetta, The Two Gentlemen of Verona "I'm one-third Cherokee and two-thirds mint julep." Autonomous "... act first, and wait for disaster ..." Thucydides "The night is dark and full of terrors...but the fire burns them all away." ―Melisandre. "[T]he under-informed general public associates states’ rights with slavery, Jim Crow, Bull Connor’s police dogs, and "segregation forever." Gene Healy, The Freeman, December 1, 1999

Love, or some form of cowardice.

Seventy five, seventy five , you know, I know you know. Winken, blinken, and me.

I’ve posted 6 comments 6 times. I have been kicked six times.

Where’s the joke? The joculism? Where are the contributors on here that can’t exhibit their sexual exhibitions someplace else?

Forgive me, I thought sarcasm.

It’s histrionic, so it must be true.

Except Safari may have been a bot. Trolled me so hard.

There’s a fine line between "spirited argument" and "shouting match." Stay in the former, refrain from the latter.

0. On mendacity
1. On bullies
2. On unintended consequences
3. On asswhippings
4. On anonymity

You farcical, witty, sarcastic, cerebral folks have joined in obstreperous berating of Safari in violation of the title of this comment which I lifted from #4 of the guidelines. I’ve read the rule which gives the the guidelines an ad hoc character; the founders wrote the rules, and the founders can break them, deal with it.

Claiming profane language adorns prose is mendacious. Claiming that one enhances writing already witty, urbane, and farcical with profanity is an excuse for, not a reason to use it, which purpose, in respect to Safari’s post, is to cow, to intimidate Safari in anonymity, which veils the posters from public scorn, and which, if uttered in a public place might result in a fine or a fat lip for utterer. If we’re as witty and urbane and cerebral as we claim, surely we can forgo the use of the bathroom and bedroom words.

An important point of governance maintains that because one has within his power the right to take certain action, exercising that right may not be as judicious as not acting at all. None of you had any compelling reason to construct the responses to Safari using the language you used. What did you prove? That you are bullies. That is what you proved. You can use profane, sarcastic witticisms to perform a cerebral gang bang. You all should be damned proud each of the other.

What is the word for wit, sarcasm, farce, and parody absence any wisdom? Redcuprebellion? Y’all weren’t writing in a vacuum. Your words were meant to demean, to belittle.

What are the unintended consequences of the blue language employed by you people? I don’t know how many folks regularly participate in RCR, how many occasional participants exist, how many death sentences Ghost has issued.

What is hard to gauge is the numbers of good writers, with knowledge of Ole Miss football lore, football strategy, the bios of the players, and the field highlights going back to Archie’s days, who won’t participate because of the offensive language.

There is a University of Texas story connected to this idea of good prose mixed with profanity. You know some, maybe all there is to know about Willie Morris. Willie, of course, was a scholar and a writer. Willie, I believe, went to Austin where he was the editor of the University of Texas daily newspaper. He was held in great esteem by folks at UT, I suppose, and certainly by the folks in his hometown.

Willie went to New York City, and made a name for himself in the magazine editing business, Harper’s maybe, and others, perhaps. He wrote some short stories about him and Bubba when they were lads, and he wrote more seriously about his origins in North Toward Home.

So the boys and girls of his childhood enjubilated a whiskey-drinking, ice and creek-water party, with five Ritz crackers and a slice of bologna to keep the fifty or so in the reunion from getting too drunk. And everybody after a drink or two loosened to the emissions of a untoward but soft damn or hell and people laughed, males and women alike, and some of the women guffawed, covering their mouths with a handkerchief or one of the crackers, when erupted a damnably loud, out-of-place in time and space "FUCKING", throttling every word in every mid-sentence in every throat, males’ and women’s.

Heads, males’ and women’s, turned uniformly toward the source our celebrated Willie just in time to see him rising off the floor in the initial phase of an inverted parabolic arc which peaked above the table where sat the last Ritz, and decayed hard upon the hardwood floor just beyond the Ritz. It was liquor broke Willie’s fall.

So continue the broad-minded intimidation of Safari, continue thinking bathroom words makes what you write appear "cerebral", continue your anonymous postings, and continue with the incestuous, insider, interlog funnies. RCR remains my best source for news about my Rebels. I thank y’all for that.

But y’all ought to be ashamed of what y’all put down beneath this, Safari’s FANPOST.

Is the Pearl still working?