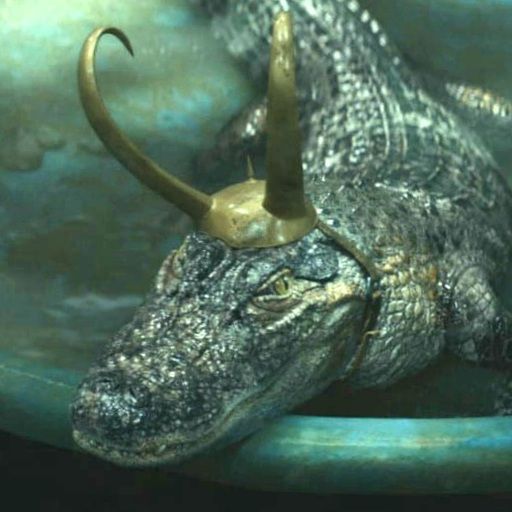 As frustrating as Dan Mullen is, he's still a good coach.

He is an excellent offensive coach, particularly at making the most out of his personnel. Emory Jones has limitations, and Dan Mullen created a game plan that maximized what he could do, but good defensive coordinators (with 4 games of film) started figuring out what Jones was going to do in certain situations. He wants an aggressive defense, and that’s a great instinct. Grantham does give you that, but he sometimes is too aggressive, or tries to get cute with weird blitzes. This year, the defense has been better than in the past. The D-line has been solid, and the DBs are young, but getting better each week. The weakness has been the linebackers, and, specifically, where they are lining up and how they cover assignments. Either Mullen or Grantham showed signs of understanding the problem on defense by bringing in two new DB coaches who seem to have that unit headed in the right direction.

The thing is, Muschamp and McElwain showed that they weren’t up to the challenge, because, when the bottom fell out their teams fell apart. Mullen, thus far, has not shown that kind of collapse. He seems to have a floor of 8 wins. If you dump him, you risk turning into Tennessee or FSU. Georgia kept Mark Richt for a long time, and only made a move when the right coach was ready to take a head coaching job in the SEC. Unless there is off field malfeasance, or the performance declines consistently and persistently, it doesn’t make sense to let him go without a succession plan.

Mullen needs to make some changes to take the next step forward, but, unless there is someone out there who is a) available, b) willing to come to Florida, and c) a fit for the culture, it’s better to wait and see if he can make that next step than to replace him with someone who is just not Dan Mullen.

TJ-Gators's comment on LSU 49, Florida 42: Gators get run over in punishing upset from Alligator Army,

Barefootboy's comment on LSU 49, Florida 42: Gators get run over in punishing upset from Alligator Army,

GFgatorgamer's comment on Florida vs. LSU, Game Thread: A reign in Tiger Stadium? from Alligator Army,

What would you say the deficiencies are?

By my reckoning, the biggest deficiency so far has been playing a good, experienced QB over a great, but inexperienced, one. Mullen, so far has been a higher floor coach, instead of a higher ceiling coach. (This is why we saw Feleipe play over Trask.) That gets us to the place where we can play with anyone, but have a small margin of error against good teams. Even after the Alabama loss, that’s a defensible position. After losing to Kentucky, Mullen needed become a higher ceiling coach. Florida still had a shot at the SECCG, but not a very realistic one, and games against Vandy and LSU would have been perfect to get AR reps for the rest of this season and next season.

The defense has been a problem in the past, but this year was playing well. Holding Alabama to 10 points over the final three quarters, holding an apparently potent Tennessee team to 14 points, and keeping Kentucky under 20 points (the defense didn’t give up the blocked kick return) is a noticeable improvement. Today, they played well for the first half, but they were put in a bad position by the two interceptions. In the second half, they failed to adjust to LSU’s one working play, and that was terrible. If you want to argue that Grantham should go, you have to base it off the first three years of his tenure, because they have been, at least, acceptable before today.

As for recruiting, it has been acceptable, but not great. His classes are in the top 10, but nowhere near what Georgia, Alabama and Ohio State are bringing in. When you are a good Xs and Os coach, like Mullen, you can win with that kind of lineup, but your margin for error remains low.

If you want to say that merely being a good team is not enough, I agree, but I wouldn’t dump a coach capable of being consistently good for anything other than a great coach (or off field malfeasance), lest we become Tennessee or FSU, and trade coaches every couple of years to be mired in mediocrity.

The defense wasn’t great in the second half, and that is on the coaches, but it wasn’t terrible in the first half, given the situation it was put in. Again, for the first time in his Florida tenure, the defense has improved during the season. This was a terrible game for them, though.

Mullen is stubborn as a mule

He is a good coach, though. If he had switched to Richardson after the Kentucky game, do you think this game goes the same way? I think he was forced to make the right decision and switch to AR, and, hopefully, he sticks with it. Mullen has done a fantastic job with a quarterback who seems to only want to throw hitch routes. He gave him seven games as a starter, and schemed receivers wide open, but passes were to wrong reads and behind receivers. That isn’t on the coach.

Grantham’s defense has actually improved this year, and during this season. This was a bad game for them, and I wouldn’t be heartbroken if Mullen made a change there, but it’s a way better situation than it has been the last several years.

oldboygator's comment on Florida vs. LSU, Game Thread: A reign in Tiger Stadium? from Alligator Army,

Passes not thrown behind receivers?

Yes, I agree. We should try that more often.

ftwgator's comment on Florida vs. LSU, Game Thread: A reign in Tiger Stadium? from Alligator Army,

Hey, you've got to have the ball to take a knee.

sbach66's comment on Florida vs. LSU, Game Thread: A reign in Tiger Stadium? from Alligator Army,

Jones threw behind his receiver, because he turns every route into a hitch route (or sometimes a dig route).

Richardson threw a bad pass as he was out of the pocket and getting hit, trying to force something to happen.

One of those seems likely to be fixed with more experience. One does not.

sbach66's comment on Florida vs. LSU, Game Thread: A reign in Tiger Stadium? from Alligator Army,

Granted, Dan Mullen is a better Xs and Os coach than either of them, but in games like the Kentucky game, Mullen puts together a strategy that looks like he’s trying not to lose. Emory has limits as a quarterback (he turns almost every route into a hitch route, he doesn’t do a great job of moving defenders with his eyes, etc.), and Mullen is good at game planning around that, but when you are playing to minimize your downside, you’re not playing to win. It increases the likelihood that a missed extra point or a blocked field goal will determine the outcome of the game. It is the kind of decision making that leads to go into halftime with three timeouts in your pocket when you had a chance to score.

I am not saying that Dan Mullen isn’t the right coach for Florida. I am saying he has tendencies he needs to work on breaking if he wants to go from the guy who wins almost all of the games he is supposed to win to the guy who wins championships.

I just don’t know why he went back in after the Gators had a 42-0 lead mid-way through the third. If he hadn’t, he would have ended the game with 4 TDs and no interceptions. It is starting to feel like Mullen is trying to quell the AR talk by keeping Emory in the game after it is already decided, then calling mostly runs. It doesn’t seem fair to either of them.

Hell of a game by EJ

Let’s see AR close it out to get some live fire reps.

Still, the game shouldn’t be this close. A lot of sloppy play to clean up.

To me, it looked more like the ground knocked it out

Glad the Gators escaped that, but it was a bad call.

The camera work has been sub par.

I guess that’s what happens when you are playing a nooner against Vandy, you get the guys who don’t want to be there either.

Not the first time they've been jobbed by officials in Gainesville.

They would look better at night

Clearly these reports are troubling on many levels

I didn’t see anything about Newbauer’s time at Belmont. It would seem odd for someone to start this kind of behavior mid-career. If there are similar accusations from Belmont, how did UF not catch it in the vetting process. If they were not there, it makes more sense to me that the University would take its time investigating these claims, but three years seems to be a long time, given the large number of accusations.