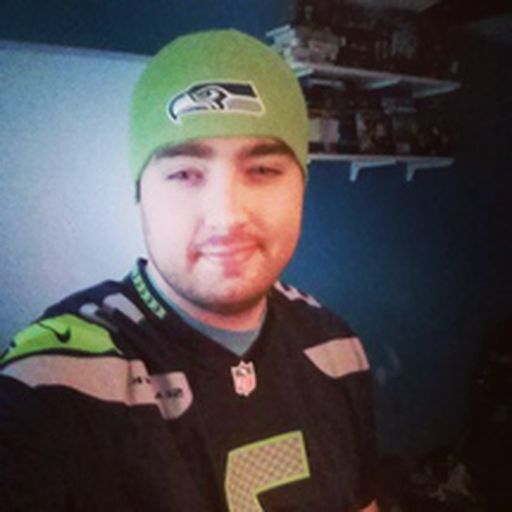 I am a 26 year old male Seahawk fan born and raised in Seattle. I grew up watching the Seahawks with my Dad (Hasslebeck era, but faint memories of Moon too). I was at the same time growing up watching the Mariners, which because of guys like Griffey, Martinez, Cora, Wilson, Buhner, etc i was more a fan of than football/ the Seahawks. However I started paying attention more to the Seahawks when Pete Carroll was hired, and paid attention to the Draft (that resulted us Russell Wilson) and watched him in the preseason earn the starting job. I watched the 2012 season, but I didn't become a true die-hard fan of football (the sport) until my friend got me to join her Fantasy Football league (pre 2013 season). That changed everything, having to know the other players & teams and their match-ups forced me to watch more games which made me realize how much I love the NFL/Football. (Thanks Lauren, a Packers fan that now hates how much I love the Seahawks lol). What great timing, to become a NFL/Seahawk super-fan in the off season before the 2013 season, the season we go to the Superbowl and win our first Championship. I was hoping my becoming a super fan of the MLB/Mariners again would give me the same luck this year, unfortunately the Mariners sh*t the bed. :/ (#FireJackZ) I realize how lucky we are, to be Seahawk fans in the golden age of the Seahawks, in a medium sized window where we can win Superbowl 50 and have back-to-back-to-back SB appearances. Highly favorited to be deep in the playoffs/SB contenders the next 2-3 years. Amazing times.