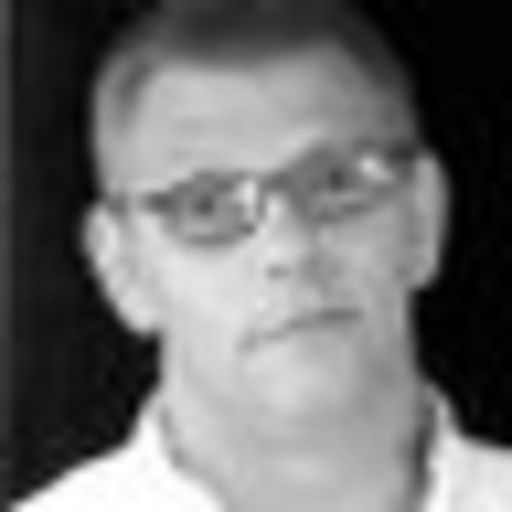 ratbastird's comment on What Ben Simmons Could Bring To The Blazers from Blazer's Edge,

Stat-head humor: regression to the mean

Jeremy Wonderly's comment on Why the Blazers Aren’t Splurging Cap Dollars This Summer from Blazer's Edge,

Lajohnson27's comment on Why the Blazers Aren’t Splurging Cap Dollars This Summer from Blazer's Edge,

akimbonautilus's comment on Blazers Get Thumbs Up On Nance Jr. Trade from Blazer's Edge,

It's been a slow day.

Thus I can say honestly that this news has made my day.

There's still a lot under wraps.

Because reasons I’ve followed individual players a lot less over the past few years, so I’m still a bit at sea and reliant on others’ analysis. If all of that has basis in reality, maybe we see the Blazers vault back into the the top third on defense (or at least rebounding).

So for me, there are three big questions:

1. How do these changes keep Dame out of the trap? This is my go-to question after every personnel change. Dame himself has made things easier by playing more off the ball, or staying away from the sidelines when he’s bringing up the ball, but… yeah.

2. Do these new guys bring an infusion of intrinsic motivation? Do they already believe that as a team they can contend? Obviously, we won’t know the answer to that question until Thanksgiving, give or take.

3. If there is intrinsic motivation, an entire season of The Dame & CJ Show will suck it dry. Has anyone on the basketball side figured out how to avoid this pitfall? Related: has CJ gotten to the point where he’s better able to take after Dame’s example on offense, instead of dropping back iso into the right block and declaring a battle of wits?

If he means what he says...

…And the Injury Fairy stays away, next season might actually turn memorable.

That gave me the chuckles.

…Just that if I’m gonna speak up, my intention is to use as many words as I need to get my thoughts out.

When I’m lucky, there’s nothing complicated about them.

DAMN RIGHT IT DOES

SuVLghost's comment on Lillard on Trade Request Speculation, ‘I Know What the Truth is’ from Blazer's Edge,

I fundamentally agree with your summary...

…But committing to Dame-plus-CJ-in-one-lineup, combined with the poor choices made during the inevitable 2016 spending spree, started the team down the path they’ve been on since. I’m not even saying that they should’ve offered CJ less money, just that the other deals were overvalued (amounting to good money after bad) and sunk the team into an essentially mediocre position that it couldn’t easily recover from.

If they could’ve brought in a decent replacement for Hendo, and worked out lineups that did a better job of keeping Dame open, better hiding Dame & and CJ on defense, or both, we might not be having this conversation… but that’s not how it worked out.

Neil Olshey is my bad guy, first, last, and always.

TL;DR: According to me, Neil Olshey’s no schlub, but he’s a schmuck who’s too clever by half. He’s good at moneyball and deal flow—hell, he’s first-trate at deal flow—but appears on the regular to forget that every weakness on a roster (of both players and coaches) needs to be offset somewhere with a usable strength. Furthermore, he only gambles with house money, which degree of risk aversion will guarantee your team never wins a Championship.

This whole situation can be framed as a steady deterioration driven fundamentally by risk aversion that creates a positive feedback loop of bad—or at least gutless—choices.

From where I sit, you’re basically right about the ‘14–’15 starting lineup that got gutted. If Wes had gotten injured before the deadline things might have turned out differently at least a little, but he didn’t, so they didn’t. Crap.

The Batum trade turned into a bust for both teams. There’s no shame in that, but it still speaks to Olshey’s ability to evaluate young talent.

Letting RoLo walk was a middling mistake—it probably had the net effect of costing OKC a real shot at a title because the money saved on his cap hold was used to drive up OKCs fare for keeping Kanter, but if you’re a Blazers fan what do you want your depth chart to look like at the 5: RoLo, Kaman, & Plumlee, or Kaman, Plumlee, & Vonleh?

The 2015 offseason was solid even with 20/20 hindsight, but the 2016 offseason was a freakin’ disaster that was impossible to miss at the time. You use it or lose it on two busts and a rotation player, then sign two more contracts even more grossly out of proportion? What is that, even?

…And the 2017 offseason, man, I dunno. Neil Olshey seems inordinately fond of young guys who work hard, do mostly harmless but dumb things, and combine excellent upside with something—be it low BBIQ or propensity to injury—that cancels out that upside. In any case 2017 was Olshey’s best chance to get away from duct tape & baling wire, and he blew it.

During this whole time the Dubs were the 800 lb. gorilla, which puts a sad grace note on the entire enterprise. We can stand at a whiteboard all day calculating how much to put on Olshey and how much to put on the reality that GS was was too damn good. (That said, routine dismissals by Golden State were a lot easier to swallow than the ones by Those Twerps.)

Let’s not forget either that Stotts was no help under his delusion that scrimmages could do almost as much for development as actual playing time worth a damn. Love the guy, but gawd that flaw of his drove me nuts. Olshey’s failure to adjust and focus on turning his draft picks into journeyman/rotation players quickly probably cost the team something like 30 net wins after LMA left.

Last but not least, Olshey threw Dame under the bus over the Billups situation. If Dame had come back from Japan and promptly left word at the watercooler that he wanted out sooner instead of later for just that reason, I’d be cheering him on since in that situation I would do no differently.