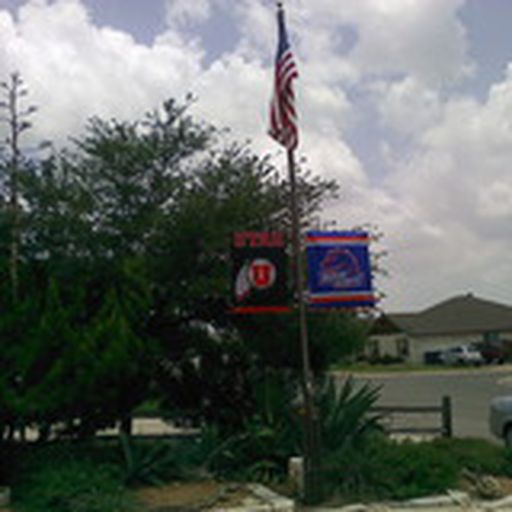 Born and raised in Texas, by grace of God i escaped and discovered Idaho. Two degrees from BSU; doctoral degree from University of Utah...two regional universities, hence "split", BUT NOT really schizo! 51 yo, married 23 yrs, father of three beautiful women and one rugged guy, grandfather of two darling girls. Active-duty USAF 19.75 years down (three months to go); no combat injuries, but lots of office battles. Love to be in Donnelly as often as possible (which isn't very often), hate staying in southern TX hades/humidity (which feels like a life sentence). I can't make it to either university's home games, but have been to see the Broncs stuff the golden eagles in Hattiesville, the bulldogs twice in Ruston, had to pass by DFW and missed out on squashing the frogs in '03 (first grandughter being born in Nebraska same day) but saw second frog squash at Amon Carter staudium in 08 (?), and plan to go to NMSU this year (only 12 hour drive). Also, seen Brian Johnson and the Utes at Amon G. Carter stadium for Armed Forces Bowl and one great win and one bad defeat. Then the surprise live game of my life...the 09 Sugar Bowl!! Wow, were those tide fans shocked! Saw Ian Johson and got his auto gragh at Senior Bowl 08 (Houston). If i have to stay in TX, i will always go to any game within driving distance, even if it's just me. I proudly display two very decked-out blue and orange sombreros, as well as a red and silver one...IN HONOR OF MY TEAMS' FIESTA BOWL VICTORIES...just haven't made a copy of a sugar bowl trophy yet (roses will be easy). OH!! And, i built a BS/UU man-cave...46" HDTV, digital cable, the Mtn., surround sound; still adding to it.