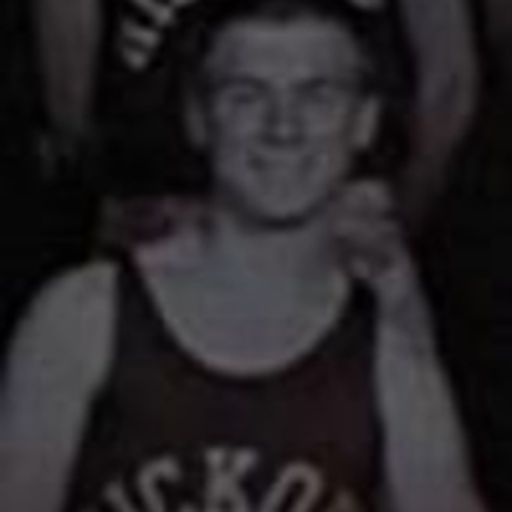 It reeked of the voiceover by Princess Irulan added to Lynch's version of Dune in post-production when everybody realized the movie was incomprehensible.

Well, with this happening all the way back in 1958 surely systemic racism is no longer deeply embedded in hockey culture. Must be a total coincidence that we have at least one N-word controversy in Junior A in BC every season.

It appears I need to change my screen name.

Out here doing this man’s job for him for free and he’s sending this to our group chat.

I don't have time to watch it right now, but I flipped to it on Disney+ and the splash screen is like 10 new characters and I was like WUT?

Then I watched like the first minute and it was all scrolly.

Well, COVID burnt throug half the team week before last, so we should be all good now.

Yeah, the other assistant got sick Saturday morning and tested positive at 2 pm. Coach and I both tested negative at 4, but looks like it got him.

Gotta get tested again at 5 and if I don’t come back negative we’ll probably have to postpone.

Head coach and the other assistant are both sick as hell with COVID, but my immune system is still impermeable and I’m going strong.

It's sports, man. You gotta support the team.

K but you rong doe

It's really weird. Smith used to be a Princeton guy, but now there appears to be no evidence whatsoever of any kind of system.

Oh, we're going to be so bad. Six guys just cleared from COVID.

On the other hand, the other team hasn’t won a league game since January 2019, lost in overtime last night after the refs ruled (correctly) that a game-winning 3 was just after the buzzer, and their starting backcourt played a combined 90 minutes.

I mean feeding 85 guys making intense physical demands on their bodies 3-5 square meals every day alone is a huge expense.

The crowd at GM Place went absolutely wild when that trade was announced.

"Wasn’t that Lopez kid on the cover of Sports Illustrated once?"

(Generally AD was just very disliked in Vancouver, including by some folks I knew in the organization.)

Depends on who you are, but if you know you're going to be into the Tourney with a decent seed it's better to take an L than compromise where you're trying to get to in March.

My high school teams were always intentionally atrocious at the start of the year because if I had everything "in" for Game 1 I wouldn’t have near enough time to get them where I wanted to by the end of the year.

It’s the stuff you do to create that advantage that’s interesting.

I don’t want mid-90s on-ball muggery back, but the amount of contact we’re allowed in FIBA is a good compromise. We teach guys to "catch the move" with a forearm and a locked elbow when a ballhandler starts trying to go downhill, then get it off on one bounce. This gives a somewhat slower guy with good strength/footwork/positioning a fighting chance.

It's always been funny to me that he was a total dud as the #4 pick in Vancouver, we joyously celebrated dumping him for Carl Herrera and Felipe Lopez at the 1998 draft, then in the long run he ended up 4th in his class in win shares.

We'll get drop-ins from Tim and Rachel.

I wonder if all our banners for winning the NAIA equivalent at Ollma Mater are still hung up somewhere.

Swimming and wrestling dynasties, yo.

I was talking with a buddy about this in a context a bit further down the food chain yesterday.

The decisions administrators at Western Washington and Eastern Washington made with regard to athletics generally and football in particular between the mid-70s and mid-90s are really interesting. Up until 1976 or so they were both in Ollma Mater’s old NAIA league. Eastern decided to jump to DI. Western didn’t (and I don’t know if they even considered it). Eastern has thrived as an FCS school and everybody knows about the red field; Western is now DII and they’ve had some great teams in basketball, but dropped football in the mid-late 90s.

It’s just the weirdest thing that while like 100 schools have moved up to DI over the last 40 years Western has stayed. Eastern is in dumpy old Cheney; Western is in beautiful Bellingham. Western’s campus is absolutely gorgeous; Eastern’s is, like, there. Everything about Western feels like a DI school, but they just haven’t gone in that direction at all.

You have to wonder who the administrators were and why those decisions were made.

Not as much as the Supreme Court of Canada does, but yes.

Well, if the other team's coach says a fucking thing to me tonight he's getting chirped into the void.

0-27 all-time record in league and he was apparently bitching on his (protected) Twitter last weekend that they should have been awarded forfeits for the two games we had to postpone last because we had six COVID cases. The league rules do not suggest even the vaguest hint of a possibility that they could get a forfeit for that.

Also, he wanted us to pay for half the cost of a private plane they rented to come to New Town that they couldn’t cancel because the women’s game went ahead last weekend. Sure, pal, we’re gonna send money from a public university to a private one because y’all thought you were too good for the bus.

Bless their hearts, but about 1/3rd of them get really pouty about my close scrutiny of their work and my exactness and rigidity about even the finest details of their work. Folks, you’re 100% getting the kid gloves treatment from me.