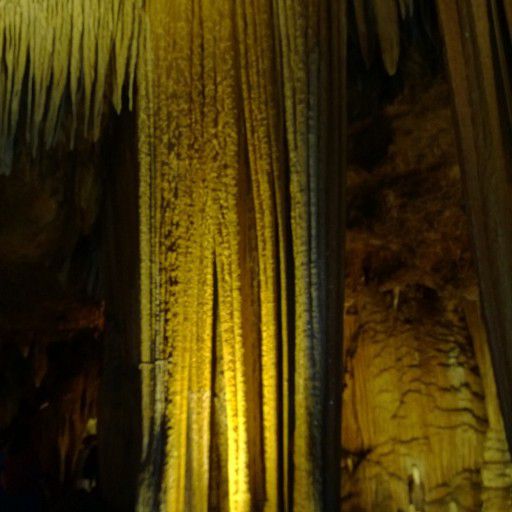 Rowdy Tellez was a 0.2 War last year and a projection of 1.1 next year.
Neither one known for good defense.

Good bench pieces but not two you can build a line up around, that’s all I’m saying.

Tellez is not the answer at 1B on a full time basis, a good bench piece yes, but that’s about it.
Soler compared to Avi is a horse apiece. Not really a huge upgrade especially at 12M per year.
Topa… may never be the same after all the elbow injuries. Perdomo… not really that good ..which makes this bullpen extremely suspect before Hader comes in.
Nobody in their right mind is taking the JBJ contract, no matter who you throw in. Teams don’t care much for lost value.
There is merit to your Seattle trade however.

That would leave the Brewers with ...

You’d probably have to send Baty and Mauricio to the minors for another year. Baty will be the best player out of all these Mets returns.
If you leave one of Davis and McNeil out of the trade it actually works out better IMO seeing it leaves a clear opening to keep Urias. Take a MiL pitcher instead.

A much deeper team but giving up Woodruff is a tough sell.

Prince Fielder had a Brewers career close to Ben Ogilvie's.

I was a huge Prince fan but Ogilvie’s Brewer career is very overlooked. If Fielder’s number is to be retired, so should Ben’s (which means that neither one should be).

Not a bad pickup, I'm sure he's glad to be out of Baltimore

The subtitle of the article says it all... "The best prospects are either already on the 40-man or in the lower levels of the farm."

There was only one player that was mentioned that might have been protected and that was Korry Howell, a guy that projects to be a utility guy at best. A few maybes as shown it the insert post, but otherwise, there just wasn’t much to protect.

kotsaythebuzzkill's comment on Philadelphia Phillies have Josh Hader on their “wish list,” per report from Brew Crew Ball,

Let's see. If I have a choice of Bohm, Hoskins, Haseley, Abel or Stotts (or a combination of those)....

Swing a trade with SD Padres, they have a much better selection of players.

commented on Philadelphia Phillies have Josh Hader on their “wish list,” per report from Brew Crew Ball, Nov 19, 2021, 7:57pm EST

The Milwaukee market is very low due to the population so let’s get busy you guys… start popping out some Brewers fans okay? New York City (highest) has 19M customers compared Milwaukee (lowest) of 1.5M.

I do like the idea of an outside the stadium area such as the Bucks have, it was crazy how many people were there for the playoffs and finals. Would it hurt attendance though seeing it was free?

brewman0732's comment on An early look at the Milwaukee Brewers projected payroll for 2022 from Brew Crew Ball,

It just shows how weak the Brewers are offensively sorry to say. It’s basically sending out the same team as last year, only with Taylor replacing Avi Garcia.I do understand, some of you really like Tellez and think he’s going to be an anchor to this offense. I just don’t see it… a good piece to have but not a cleanup spot guy. Urias is more of a #4 hitter than Tellez is and that isn’t a great option either. All we can do is hope a couple of these guys have career years or that the GM can do something to bolster this everyday lineup, otherwise it all falls on our starters and Hader to repeat what they did last year.

He’s no more than an average bench piece with a small possibility of becoming a little better than average. He’s an injury prone, .250 avg hitter that provides less than average defense and carries a terrible OBP with occasional power. Maybe there is a reason he’s never had many AB’s in the past. He’s only a starter because unfortunately, there’s no one else.

My take on it would have gotten me banned for profanities

commented on The Qualifying Offer and How it Hurts Small Markets from Brew Crew Ball, Nov 8, 2021, 5:19pm EST

I understand your point of view on this and have thick enough skin to take some criticism of what I post, never been a problem except for one poster in particular.

The reason I stated what I did is that until Cain and JBJ come off the books next year, there won’t be much flexibility to do any big moves in FA unless MA increases the budget. Sure they could do something on the trade market, but let’s be honest about it. What pieces do the Brewers actually have in making a huge deal?
Outfield- Possibly Cain if someone wants to pay for an oft injured older CF with a rather large 1 year contract
Infield- Possibly Urias or Wong although they were big pieces of last year’s team
Catching- Nope
Starting pitching- Maybe Lauer or Houser, I just can’t see them trading Woody, Burnes or Peralta
Bullpen- Hader… probably the one that might get a bigger deal done.
Minor Leaguers- Not what you’d call a huge can’t miss player there either

No way on either one.

The Brewers are not going to add salary like Conforto would plus lose a high draft pick if he rejects the QO.
The Brewers FO stresses versatility more than a slugging DH only player like Cruz, a DH that could spell at 1B would work but a straight up DH, I really would doubt that.
The outfield itself will cost around $54M next year, I can see them doing a few small trades and signings to bolster the bullpen, but I have a sneaking suspicion they might just roll with what they have for the most part next year. The Cain and Bradley Jr. salaries come off the books after next season, and they might just wait on that to make any significant deals.

Secret Stadium Sauce's comment on A Few Trade Proposals to Consider as We Approach the MLB off-season from Brew Crew Ball,

I’m pretty sure Hernandez is untouchable from the Blue Jays point of view even with the inclusion of Houser, a pitcher they could use very much. I think they’d rather spend the money for a FA pitcher than trade him.

The package going to Oakland for a 39HR guy like Olsen is actually kind of light I would say, they’d want more than that for sure.

I kind of look at trades from the opposite side… would the Brewers trade a middle of the lineup, great defensive 1B that hit 39 HR last year for a little below average, often injured 1B (Tellez), a minor league SS that isn’t actually setting the world afire (Turang), a second year rookie with a lot of promise but yet unproven (Mitchell) and a flyer on a guy like Huira? Doubtful.

commented on A Few Trade Proposals to Consider as We Approach the MLB off-season from Brew Crew Ball, Nov 8, 2021, 2:11pm EST

He is just another guy that people think is funny, I do not. Maybe it is because I think he’s trying too hard to be that madcap announcer that everybody loves. I wish him all the best but I’d rather turn the sound off than to listen to his schtick.

So do I, but the Brewers have the $21M in arbitration for both?

Projected arbitration for Matt Olsen is $11.8M and Chapman (who by the way batted a pretty cold .210 with an OBP of .314) at $9.8M. I’m too lazy to look at what Houser, Huira, Gray Jr. and Mitchell are making but it can’t be much compared to that.