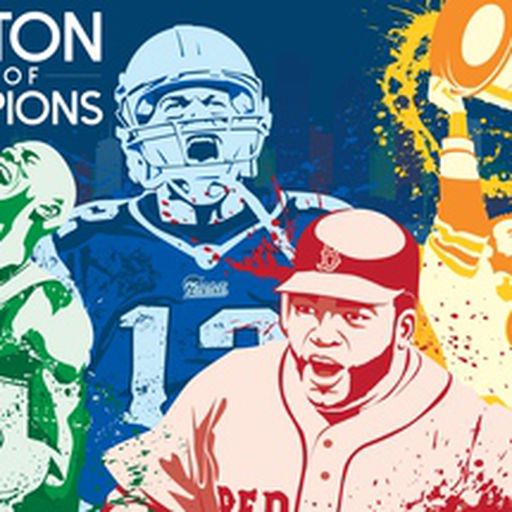 A Boston-area native, and have lived here pretty much my whole life. Go to college in the Boston area, and LOVE all the Boston/New England area sports teams.

Just don’t get swept is all I ask

BlizzardOf78's comment on MLB Playoff Race Update: The Yankees gain ground on Toronto from Over the Monster,

BlizzardOf78's comment on MLB Playoff Race Update: The Yankees gain ground on Toronto from Over the Monster,

Lol Boston AND New York Are Both A Bit High IMO

commented on MLB Playoff Race Update: The Yankees gain ground on Toronto from Over the Monster, Sep 21, 2021, 10:16am EDT

If The Red Sox Don't Make It, They Have Themselves To Blame

Final 6 games are against Baltimore and Washington. Also to be fair, all the teams in the race are flawed, including the Sox. Even with about 11 games to go, the Sox have a 1.5 game lead on TOR (and the tiebreaker) and also a 2+ game lead on everyone else. That still feels big for now.

commented on MLB Playoff Race Update: The Yankees gain ground on Toronto from Over the Monster, Sep 21, 2021, 9:32am EDT

Tenspro2002's comment on MLB Playoff Race Update: Checking in on all the races from Over the Monster,

Ohtani Is The Guy I'd Want To Be

Guy who can pitch like an ace and hit like Trout when he wants to? Hell yeah!

So I Actually Liked Machado's Message There. He Was Right

But yeah I do wonder if Tingler is the right guy for that job. I mean remember, regardless how you feel about the "unwritten rules" he basically called out Tatis last season for it IN PUBLIC multiple times (I think when he hit a grand slam on a 3-0 count while up 7). Like that’s something you probably do behind the scenes, not in interviews and postgame pressers.

They also dealt with a ton of pitcher injuries which was tough, but there’s a belief that a reason they were getting hurt was because the pitching coach had them change some things like mechanics and it was leading to guys getting hurt or getting sore, hence their desperation signings like Arrieta

commented on MLB Playoff Race Update: Checking in on all the races from Over the Monster, Sep 20, 2021, 1:26pm EDT

Get paid like 72M, mash in the minors, maybe have like 10 career ABs in the big leagues and then basically just relax for the rest of time

Not Make It To Wild Card Game

That game is just unpredictable because it’s literally just a 1-game format (one bad night, you’re out).

Hell, the Dodgers could play in the WC game against a meh team and still lose if they just have an "off-night".

The safer thing is to have NYY miss it entirely, because tbh I could live with Toronto beating us and going on a deep run (I don’t hate Toronto btw, never have) unlike the Yankees and Rays lol

Best case scenario they shut him down for a week. Likely mild strain. Need to make sure it doesn't worsen.

But no one knows for sure. I do think there’s a good chance at the very least he won’t be available for this Mets series. I mean if he is then honestly maybe this wasn’t a big deal to begin with lol, just a precautionary measure.

commented on With or without Garrett Whitlock, expect a fluid bullpen situation the rest of the way from Over the Monster, Sep 20, 2021, 1:09pm EDT

From What I Read, It Seems Whitlock May Miss Up To A Week

Thankfully not a serious injury but it would suck to lose him especially for that Yankees series in all likelihood.

Also, Cora does have a decision to make soon:

The Red Sox need to make a decision on who starts G2 against the Mets, you either go Sale or a bullpen game and save Sale for G1 against the Yankees. Tough decision, specially with Whitlock down.

My gut feeling is that Houck makes a "start" Wednesday but then Richards piggybacks behind him for maybe 2-3 innings.

I also think they should call up Valdez, as he’s shown he is capable of going 2-3, even 3-4 inning stints at times at least for the time being with Whitlock out. Valdez’s numbers may not look flashy but it’s usually a case of 3-4 dominant outings in a row followed by one bad outing and then sent down b/c he has options and for roster manipulation.

I think they can make do without Whitlock for a little bit of time even if it’s not as ideal, but you also need to hope the SPs can be solid because if someone has a stinker it might complicate things. It does help they have the day off today and another one Thursday

commented on With or without Garrett Whitlock, expect a fluid bullpen situation the rest of the way from Over the Monster, Sep 20, 2021, 12:05pm EDT

I Don't Know What The Hell Happened With San Diego

Meanwhile St. Louis continues to show they are the epitome of a well-run team and organization. They may not look flashy but yet again, on track for a winning record and probably a wild card spot this season

Hey, At Least NY Fans Have Their NFL Teams To Look Forward To!

Since It's An Open Thread, I'll Just Post My Personal Odds For Each Teams Just Based On How I Feel Lol

I know the Fangraphs/538, etc. are all out but this is just my own feel.

Playoff Probabilities for the 2 AL Wild Card Spots (via Phantom255x):

Also, Oakland is actually just 0.5 back of the Yankees and 2 back of Toronto. I wouldn’t count them out especially if they go ahead and basically beat up on Seattle to also effectively take them out of the running.

Toocoolfool's comment on Red Sox 8, Orioles 6: We love a sweep, don’t we folks from Over the Monster,

Can We Just Wear These Unis The Rest Of The Season

BlizzardOf78's comment on Red Sox 8, Orioles 6: We love a sweep, don’t we folks from Over the Monster,

Whoa 538 Has It Exactly As I Thought

Granted I think 88% is still a bit high for Boston

NYY certainly isn’t out of it and the odds can fluctuate daily but for them they kind of have to do something big in the next week. Like actually sweeping Boston next weekend or sweeping TEX + winning the Boston series right after. Or maybe even going say, 4-2 this week but sweeping Toronto next week. Can’t really afford to "tread water" pretty much. I don’t even think it’s enough to just win series they have to actually sweep multiple teams probably

flasoxfan's comment on Red Sox 8, Orioles 6: We love a sweep, don’t we folks from Over the Monster,

SoxinCali's comment on Red Sox 8, Orioles 6: We love a sweep, don’t we folks from Over the Monster,

I didn’t even realize this dude could throw 97-98 MPH fastballs WITH movement. Like WTF.

If he can keep it up that’d be huge. I wonder if Cora going to a 4-man rotation and moving Houck to the bullpen can make it so that Richards becomes our closer, and Otto becomes the 8th inning guy. In theory that sounds great. Richards could also go 4-5 outs if needed since he is stretched out being that he’s a SP anyways

Meanwhile Whitlock and Houck are our "multi-inning guys" in the middle, or if they need one guy to bridge the gap between our starter and the 8th-9th

I'll Do Some More "Analysis" Tomorrow

But I think that’s about right, and I also think NYY at this point really needs to sweep Texas just to stay in the hunt.

It’s certainly not over but as the odds suggest, it’s becoming very likely it’ll be Boston and Toronto though Oakland is kind of sneaking back into the mix as well. I think they are just 1 back of NYY who are 1.5 back of the 2nd wild card spot but are spiraling.

Sawamura With The Well-Deserved Win Today To His Name!