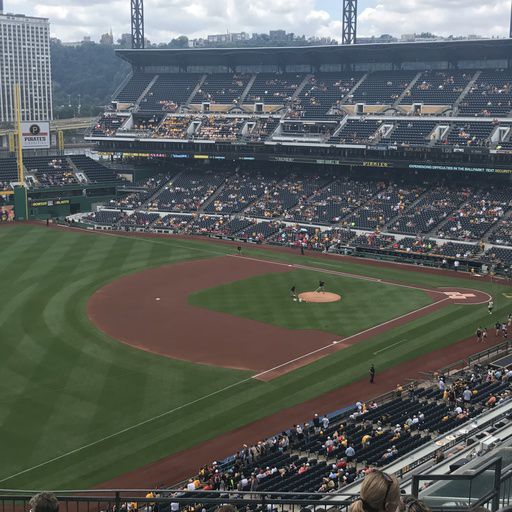 I don’t understand why Capel is struggling so badly here. From all accounts he is well respected and a players coach but he can’t recruit the big time guys here and can’t keep the good ones in house. I get the injury to Nike and suspension of Horton really hurt this team but I was hoping that this far in his tenure at Pitt he would have some better options to replace them

Oof that was rough

I just don’t understand how this team can look so good and be so bad at the same time. Games against Louisville(though they are in a tailspin themselves) and Virginia seem to provide hope but games like this or Syracuse or a handful of the non conference games make this team look horrible terrible no good.

really hurt them in this game. Not only did he have to sit but even when he came back he had to play timid on defense not wanting to foul. I was hoping when Hugely got their bigs to foul out Pitt could make more of a run but it didn’t quite happen.

That’s why Olidapo hasn’t been playing. He is so lost on defense, he actually screened Burton allowing a Virginia guy an easy layup and then lost his guy on the inbounds allowing an easy dunk. Oof

Hugely is a beast!

sighting. Haven’t seen that guy in a minute

announcers are rough to listen to

I’d love for him to go to the Steelers

as those are my two favorite teams but I think the Steelers have bigger needs right now than QB. I hope they go o-line and defense and use Rudolph in a bridge year to see what he can do. If he stinks then go QB the following draft. I do wish the Steelers drafted more Pitt guys though. It could be huge for recruiting to say sharing a facility with the Steelers actually leads to getting drafted by them more often

is way down this season. Not going to complain as I’m happy Pitt finally could beat Louisville. I thought for sure a double digit loss, especially since Horton contributed to how close the first game was, but a double digit win is surprising. Hopefully they can keep the revenge tour going next game

Some good news for the defense

Players were leaving in masses, good to have another come in

I was way down on the transfers Capel brought in

this season. Oladapo has disappeared but Burton and Gueye have been outstanding. Pitt CANNOT beat Louisville usually and while they are also down a double digit win is something I didn’t see coming. I was worried with the 2 horrible terrible no good foul calls on Hugley in the first half forcing him to sit, but Pitt pulled it out. Of course Louisville not being able to hit a 3 to save their life really helped out big time

Ozeakuda playing like a kid that just got his scholarship

He has been playing a lot more than some of the other scholarship players and you can see he puts his all in. I am a fan of his effort for sure

He saved the game

Back to reality for Pitt fans

Syracuse is a bad matchup for the way this team is constructed I think. The way the first half played out I thought they’d stay in it and the result would be closer but it got out of hand quickly. I still have hope for the future but it not looking as bright as I thought it would be this far into Capel’s tenure

I saw in the original article

that the officer couldn’t make it and he planned to refile. But I thought with how slowly the wheels of justice move sometimes Horton would be able to get some more games in before he was suspended again. I guess it didn’t work out that way.

In the beginning of the season, I didn’t expect much from this team. Horton and Nike gone, Burton hadn’t been cleared, thought he’d be decent coming from the schools he did but not great, Gueye was terrible, didn’t think he belonged at this level and guys like Santos and Payton, who might be good down the line but not right away were playing a lot of minutes. Now Burton and Gueye look great, Hugely is still a beast and Horton is back to add that 3 point danger to keep from loading the paint to guard against Hugely. Hopefully they don’t let these close losses get them down and like you said show them how close they are to winning some games and building momentum

some ridiculous 3 pointers in the second half, very deep or really well guarded. Calls went against both teams but those techs in the beginning, all except Capel’s, were weak unless there was something said that you couldn’t hear. Really hope they can break into the win column soon, it’s got to be extremely disheartening to play so well in conference only to be 0-3 by a margin of 5 points total

than I expected. Just can’t seem to get that win in conference play. I thought they’d lose by digits but to have a chance to tie at the end is something I didn’t see coming

This one doesn’t surprise me

I honestly thought he’d transfer last season. Hope he finds a spot where he can play more

I agree with Randolph though

Having Pickett, Pitt’s best player, to go against MSU secondary, their biggest weakness would benefit Pitt a whole lot more than MSU having Walker, their best player, go against one of Pitt’s strengths in rush defense

Salem is not the guy hopefully

Shouldn’t be disappointed with the game last night

When you look at no offensive coordinator, the players who opted out, the starters who got hurt early in the game, the limited playbook with the 3rd string qb. However it is a let down to be in that situation with a double digit lead that deep into the 4th quarter and lose by 10. It seemed like everything was going Pitt’s way. The defense was playing great. The refs, while missing some holding calls on both sides, actually made calls FAVORING Pitt for once. Yes Jacques-Louis did fumble, no their tight end didn’t step out of bounds and should’ve scored. Even with all that they were missing this loss bums me out personally more than the Miami one, still not as bad as the other team from Michigan. I guess Narduzzi has a problem with teams from his former state lol. It’s like how the last few Pitt basketball games have been, no expectations of winning but to be actually in the lead only to lose by 1 on a near buzzer beater is disheartening.

Addison got yards but other than that last drive

Pitt had how many first downs in the second half? 3? Barth had one catch I think? Wayne had a few. Like it was said call some screens, reverses, play action on first down when Michigan State is expected the run. More could have been done offensively throughout the game to eat more time.

I get it was with the 3rd string QB and he probably didn’t know a lot of the playbook but that was some terrible play calling. Hopefully Pitt can land a good OC and they can utilize some of the weapons they have better than that.

but this isn’t the time for a delayed handoff to him. Or a toss to him or him getting the ball period

That was not the right call there