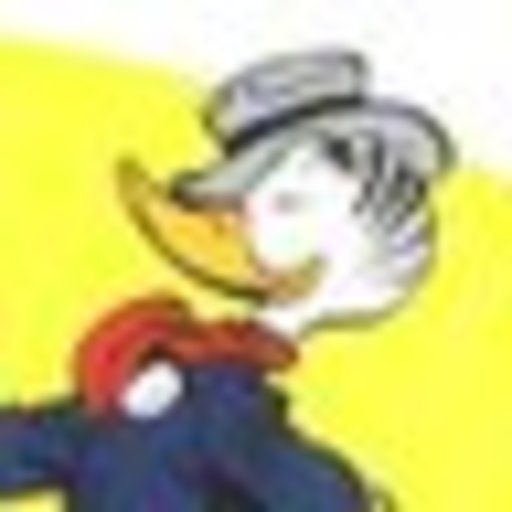 Sting and Darby aren’t a "makeshift" team, they’ve been partners on screen for coming up on a year, and that 62-year-old is one of the top 5 most beloved living wrestlers on the planet who can still 100 percent go. Also, I’m sure if they told FTR, who love old-school NWA-style wrestling, "you’re beating Sting tonight" they themselves would insist otherwise.

As I said in the rumors thread, I'd prefer Women's Tag Team Championships...

…that said, a secondary women’s title could make sense if they’re planning on phasing out the use of the NWA title on AEW TV (which seems to be the case). The NWA belt was essentially used as a secondary AEW women’s belt for a while there, so the TBS title could sub in for that.

commented on It sounds like the TBS championship is coming to AEW from Cageside Seats, Sep 23, 2021, 1:22pm EDT

They could definitely go that way, although I was kind of thinking maybe Swole and Kiera Hogan might be a good team on their own?

I don't think they need a secondary Women's Championship yet. A Women's Tag Team Championship? That I'd be into...

…they’ve already got a few teams. Tay Conti & Anna Jay, The Bunny & Ford, Red Velvet & Kilynn King, plenty of others you could probably put together. Pair up a couple of the joshi women, perhaps Big Swole and somebody. It would be a good way to occupy women who maybe aren’t quite good enough in the ring yet to carry main event singles matches.

Nah, he's way better and more charismatic than Jeff Jarrett ever was...

…people act like he found the EVP position at the end of the rainbow. He got it, because he left WWE, reinvented himself, and created a huge amount of buzz wrestling the best talent in the world. Cody, the Elite, and Jericho were the three founding pillars of AEW — without any one of them, the company would not exist today.

I think people perceive him as becoming the "Cena" of AEW...

…guy who’s pushed as a conquering "face of the company," regardless of fan perception. A few flat feuds and taking a lot of time off to do side projects hasn’t helped.

It isn’t a talent issue. Cody is fantastic when he’s on and has the right thing to do. His early feuds against Jericho and MJF were great and foundational to AEW. The best stuff the company was doing at the time. He’s an amazing promo. He’s got a ton of charisma and presence. He’s not the most athletic guy in the company, but he knows how to tell a story in the ring.

He needs a good feud. He needs to drop the Apollo Creed gear and lean into a grittier feud against somebody the crowd doesn’t like. Maybe reheat the MJF feud. Alternatively, he needs to do the thing Cena never did and just go heel. I think he could do some big business as a bad guy.

Richie DiMaso's comment on Keith Lee gets a new name from Cageside Seats,

But then, when I clicked on the story, I thought for sure I was going to learn he’d lost his last name and was just going to be Keith. At least they’re trying something.

Rampage was main evented by a Fuego Del Sol match...

…considering that, numbers are pretty solid. This is probably more or less the baseline.

He didn’t say much, but that’s okay, particularly when you’re starting out. What got me, is that when he did speak up his comments often…weren’t good. His analysis made no sense. He’d say stuff contrary to the story that was being told.

Good! Ricky's great and a unique voice -- funny in a way no other commentator I've heard is...

…I like Mark Henry, but it was pretty clear commentary wasn’t for him. Maybe he would have picked it up eventually — perhaps put him on Dark Elevation or something. Big Show has actually improved quite a bit on commentary, so maybe he could be promoted.

I think people have been subjected to so many years of WWE’s weird, stilted, word-censoring PG verbiage that they think that’s what a wrestling promo should be. Go check out some MMA or boxing hype. People say some real shit when they actually want to punch each other. I’ll take things being a little un-PC, maybe even a bit cringey sometimes, if the promos actually have some spark of real heat, which this one did.

Ruby and Britt were trading insults in a wrestling promo...

…it was supposed to be demeaning. People who want to fight sometimes say demeaning things to each other.

commented on Ruby Soho was never allowed to shoot like this in WWE from Cageside Seats, Sep 18, 2021, 3:34am EDT

This is all I've been asking for all along...

…let somebody other than Britt talk. Let her opponents fire back when she trashes them. And yeah, like others in this thread, I wasn’t relly expecting Ruby to be the one to finally step to Britt on the mic, since WWE literally never let her talk, but kudos to her for bringing it.

commented on Ruby Soho was never allowed to shoot like this in WWE from Cageside Seats, Sep 18, 2021, 3:32am EDT

Only so much a title change can move the numbers when it's a "surprise" MitB cash in...

…yes, it was teased before hand, but that’s not the same as a real build. Hopefully, they give Big E the reigns over the next couple weeks and he can move the numbers. Give him a chance to prove himself.

Good match between Hirsch and King!

Hope Hirsch’s match with Jade is actually competitive. They can basically just recycle the formula from her match against Kamille.

This might have been a good career move before Vince took over NXT again, but now...hmmm.

I think they're pretty high on Sky Blue...

MJF beat Jericho three times (as he often reminds us)...

…not every time was after a big gauntlet. MJF’s gimmick is that he’s a smart heel — using his smarts to beat opponents doesn’t detract from him whatsoever. For much of his career, that was Jericho’s gimmick too. The feud was all about MJF showing that, 3 times out of 4, he can beat the legendary Chris Jericho at his own game. Agree to disagree, but I think he was absolutely elevated by this feud. I mean, just the fact that the feud included him founding the Pinnacle was a huge step for MJF.

It's getting there. The animations are nice...

…that said, what the game needs is a sense of control. That’s what the 2K games have lacked for years. The animations look nice in videos, but everything feels very canned and stiff. If AEW can deliver these type of smooth animations while also giving me full control of my wrestler, then they’re on to something. Otherwise, it’s just WWE 2K with a new skin.

Yeah, Shida would have made more sense than Riho. I’ll be charitable and say they’re planning to have Shida take a run at Baker’s title down the line and they’re keeping them separated until then. Rosa also didn’t make the save, even though that probably would have made the most sense of all, for similar reasons.

But it isn't really a valid critique...

…they crammed a HUGE amount of content on this show. The main event was never going to be some 15-minute match with everything they wanted to get on the show. I think the match length was a choice. If anything, I’d say their time management was exceptional given everything they accomplished in 2 hours.

It didn’t set MJF back whatsoever. It made him look like a main eventer that a legendary former champion could only beat on his best, most desperate day.

Yeah, he’s basking in the glory of his return a bit. You don’t think CM Punk doesn’t have anything else to offer on the mic? That he became this legend by cutting Seth Rollins promos? Come on.

Where is this new "time management" talking point coming from? The first four comments on this thread are all harping about time management. Put away the stop watches and you might enjoy the show more.

He just had a match less than a week ago...

…sounds like he’s going to be running through Team Taz. He’ll wrestle plenty. Also, it’s okay if one of the top 5 promo guys of all time cuts the occasional promo. When the crowd stops rapturously shitting their pants as soon as he speaks, we can talk about his promos getting "stale."

It went close to 8 minutes, not 4, and I thought it delivered a solid amount of violence. Yes, they could have had a longer/better match, but given the average AEW fan likely isn’t that familiar with Suzuki, going 20 minutes probably wasn’t a good idea. They probably would have bled some viewers. The point was to make Moxley look like a star in his hometown, and on that front, they succeeded with flying colors. If you just heard that Punk and Danielson were in AEW and tuned into Dynamite for the first time, you watched the main event and thought "Oh yeah, this Moxley fella’s also on their level."

Good to see the excitement over Ruby seems to be sustaining after All Out...

…solid match, even if there were a couple of awkward spots (largely due to Hayter I think). That said, Ruby needs a new finisher. The Riott Kick (uh, Soho Kick?) never did it for me in WWE and it certainly doesn’t look like a match ender in the company where people kick out of piledrivers left and right. Bring back the rana driver she did on the indies or something.

commented on Ruby Soho had an eventful first night on Dynamite from Cageside Seats, Sep 9, 2021, 12:11am EDT