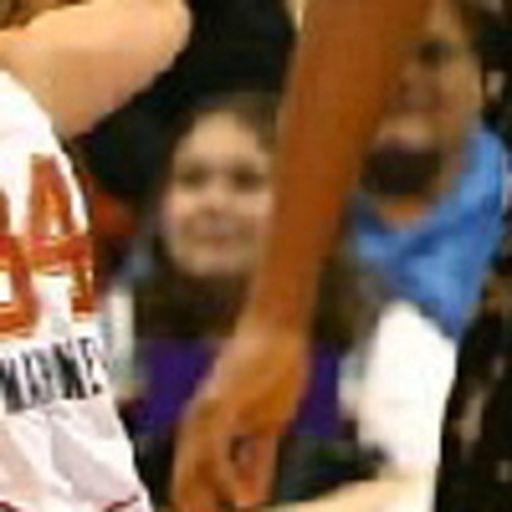 My name is Rebecca. Some of you might know me as Queenie, others as NYCScribbler, yet others as "HEY! You in the Lobo jersey! Pipe down!" DO NOT CALL ME BECKY. That's an old antipathy from my infancy, though it's certainly grown stronger since 2001 or so. I've been a WNBA and New York Liberty fan since day one, and a college fan since about 2004. I hold season tickets to the Liberty and the Red Storm of St. John's, but I have a tendency to pop up in a lot of other places as well. (My record for games in a calendar year is 79.) (And then there was that time I was on Jeopardy!, which was awesome.) In addition to my two base teams, I have a complicated relationship with Seton Hall, a somewhat less complicated one with Michigan, and entanglements with sundry other NCAA institutions depending on transfer and coaching moves. Current entanglements include Fordham, LIU, St. Francis College, Florida State, Miami University, Morehead State, and probably others I sort of forgot. In case you're wondering, that's me in the profile image, in the background of a game at Mohegan Sun Arena. When I'm not watching basketball, talking about basketball, posting about basketball, or thinking about basketball... I'm probably sleeping. Even then, my brain has been spotted casting WNBA players in my dreams, and every season brings with it the recurring nightmare of having gotten to the arena and forgotten my tickets. I write things. Sometimes they're even here.