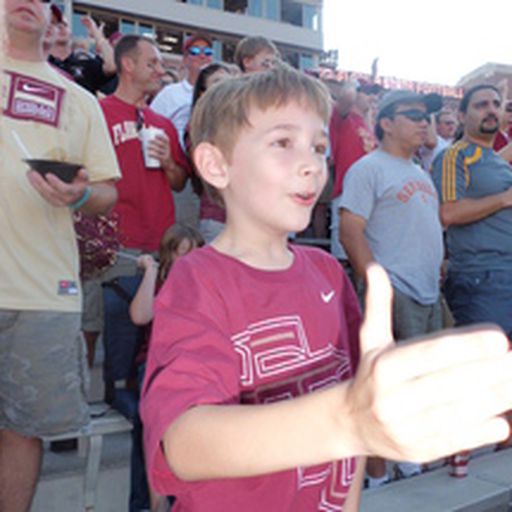 It's not like FSU ever gets called for BS targeting violations

Yes. They get one without having to sit out

so a 2nd transfer is a year lost

Honestly, I'm surprised nobody else did

Edit meant to be to the one below

Graduate transfer and 3 time team captain. Are there red flags that I am not aware of?

If its done fast, they have probably already got the person they want

and like you said they are just going through the motions.

Think Stan Wilcox would want to come back?

to watch for OPI from LSU.

Hopefully we can get more production if we get one than we got from Parchment.

He had some great catches, especially a certain 4th and 14 catch, but he also vanished for extended periods of time.

He is one also, but iirc he was a running back

Almost never good when the leading tackler is a db

With more tackles than the next 2 combined.

With Travis: hope
Without: No hope

I'll defer to your view given your far greater knowledge

Honestly wasn’t sure if de coaches were a position coach like rb where you put guys that are good recruiters but mediocre coaches. But in special teams there’s been no change in poor play and a lack of situational knowledge, which to me points to coaching.
As long as there’s a change in who’s handling special teams, I’m satisfied.

Said it before but Special Teams coach needs to go

I know he coaches DEs too but how much of their success does he account for.

one of the worst hairstyles ever. I will be so glad when it fades into obscurity and mockery again.

Beat me to it by 8 minutes

commented on Noles News: Is FSU the most stable football program in Florida? from Tomahawk Nation, Nov 24, 2021, 9:46am EST

ScoNole's comment on Noles News: Is FSU the most stable football program in Florida? from Tomahawk Nation,

Agreed. Tired of the shock when they catch the ball

You're more forgiving than I am

I was saying that in a non-critical way

Being in position and breaking up the pass is not as good as a pick but it’s still a win for the defense.

Jalen Ramsey did that

much of his time at FSU.

Much as I hated the result,

by the letter of the law it was targeting. Needs to be addressed, but the rule is fairly new and still evolving.

Love it when the Saints are the big CBS game

Hated Romo as a player but he’s a really good announcer.

FAMU isn't in the ACC

Since then it’s been from the home team, at least for FSU vs. FU.

Honest question, does BC have a major football annual rivalry?

There’s not a concern about lack of respect for BC, but concern about losing focus after a huge rivalry game in a game right after and before a huge rivalry game. And no thought that scUM is way better than BC, but even if scUM was 1-8 FSU fans would worry about the game and a win over them would be more meaningful than over BC more often than not. But this year bowl eligibility is still on the line so BC is more meaningful than usual. If, however, FSU makes a bowl games vs. scUM & FU will be much more important to FSU fans than vs. BC.