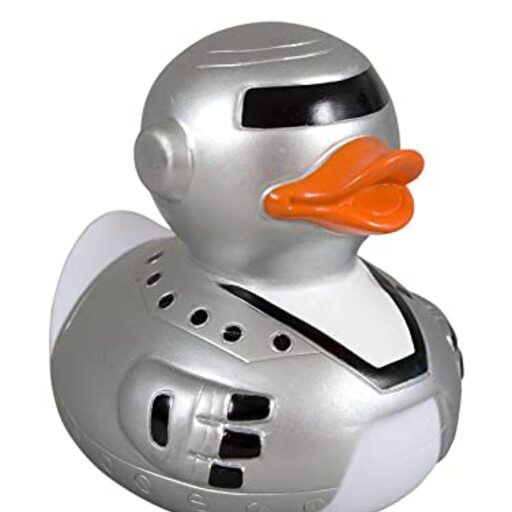 I think people just like ragging on our dumb stupid conference.

They just wanna get to the game and most of the flights would be regional, it’s not like you’re spending a ton of time on the plane.

I haven't tried it for a few years, was a super glitchy spammy hassle back then.

Must have improved hugely if you’re using the word great. Barely worth it before.

Looks like that's because they serve Bellingham, Provo, Ogden.

Lots of discount carriers are like that, have to fly into nearby small cities instead of the major airports.

That's just an airline thing though, they all have terrible reviews. Air travel sucks.

DT – engaged in a desperate comeback attempt, hard to replicate the focus & drama that comes with that.
Herbert – not that he was engineering a comeback, but we were down big so there was more urgency. I also doubt WSU was going full bore. I was at his first start the next week, he looked overwhelmed (threw a pick first play) with flashes of "pretty good" although by then we were getting rolled.
Marcus – I got nothin’ for this one. Toward the end of that Arky State game I was pretty sure he’d be the best QB in Ducks history. Eye test crushed.

When Thompson came in I know people are upset we were only up 17-7, but it’s not like we were seriously threatened. He could afford to play kind of loose and just pad our lead. I agree 100% that he looked like…. a freshman. The way he moved, decisiveness, etc, didn’t really inspire confidence for coming into a high stakes game and running the offense smoothly. Glad he got the reps then.

I’m rambling. Think what I’m trying to say is, I agree with you? But I don’t think it’s strong evidence until we see him in a situation with real pressure.

There was that game against Citadel a couple years ago where they were tied at the half. It happens to the best of em.

I’d be curious to see the degree to which Saban’s actually do rotate in backup OL etc if the offense isn’t playing well (as opposed to normal rotations or injury), relative to other teams. I haven’t noticed that being an actual thing. But I don’t closely watch Bama games typically.

Yeah huh, I tested Firefox & "Edge" or whatever they call it now, just the clickbait which is way better.

Only Chrome gives me the politics ones.

I think nonconference schedules are pretty arbitrary and you can't draw a ton of meaningful stat comparisons until a few games into conference play.

In that sense I’d guess we’re better than the stats considering the quality of opponents.

But I also think we’re almost certainly not the 3rd best team in the country, and that we’ll be out of playoff contention before the P12CG. Team has too many holes. We’re a year or two away from making noise in the playoffs IMO.

Oh wait, it wasn't the article, just sodd's comment above my OP.

"Yesterday’s game in some ways was the absolute opposite script from the Chip Kelly era, when the Ducks would come roaring out of the gates and then coast home."

Unless I'm losing my mind (possible) I believe the text in the article got edited afterward.

IIRC it originally made reference to Kelly’s style being putting away teams in the first half. I guess whether one thinks it was referring only to FCS teams or not is unclear. It didn’t specify.

If the text was not edited, then yes, that is a strawman.

Yeah, I think an undefeated ND gets in over us for sure. I hate them.

If we finish the season with fewer than 2 losses though, I’ll eat my hat. Too many flaws. No real standouts on offense. Maybe if/when Thibs returns & the rest of the defense gets healthy, things will look better. We are gonna need a pass rush, otherwise we’re inevitably going to run into a couple QBs having a good night who will pick us apart like Gardner Minshew did in 2018.

I mean, there has definitely been a "Chip boatraced everyone" narrative going around, not specific to FCS teams.

The thing is, it’s not like Cristobal’s FCS "these games" you refer to have been close. PSU 62-14, Montana 35-3. Last night we won 48-7. Yes, the OL needs to get their shit figured out, and the defense is a MASH unit, hopefully not for long. But we won easily, backups got a lot of playing time, etc. AB, Travis, CJ, etc, were playing fine. I’m just not seeing a history of Cristobal struggling in these scenarios. We are beating the shit out of FCS teams like we should.

Saw some quotes from Mario that he expects AB to be back next week.

Funny how we assume our QB will get hurt running so much, but he’s knocked out of the game by a blindside sack on a regular ol’ dropback. Hopefully that will light a fire under our OL’s asses, they had some inexcusable plays last night.

Sure, I'm not saying we never ever did that especially against weaker teams.

Cristobal has too. Up 35-6 against Nevada at the half in 19. 35-7 against Portland State at the half in 18. We don’t have quite the gaudy numbers because it’s a different offense, but the complete domination effect is the same. That close-game-then-3rd-quarter-flood from the Kelly years was a thing we hung our hats on, don’t you remember? We talked about it all the time then as our main template for beating teams.

It’s funny, another narrative about Cristobal has been that we’ve started out strong and then gotten way too conservative sitting on leads. My point is, these fan narratives are all over the place, they are oversimplified, often contradictory, and often the patterns don’t really hold up to scrutiny when you try to broadly apply them.

Where is this narrative of Chip teams always roaring out of the gates coming from?

During that era we took pride in playing teams close then opening the whoopass in the third quarter – idea being that our superior conditioning would finally start to tell, and the opposing defense would start making small mistakes that we capitalized on, then the opposing offense would start pressing and make mistakes, rinse repeat. So many opponents would say "We felt good going into half, then toward the end of the 3rd I looked at the scoreboard and the game was out of reach". This was like our primary MO.

Very small sample size, against a FCS team, but from what we saw I feel pretty okay with Ty as backup in the short term.

Definitely didn’t run the offense as crisply as AB, wasn’t as decisive, but that will come with time. Butterfield, at this point I would be very nervous trotting him out there if there are any non garbage time stakes involved. He had one throw that probably would have been a pick 6 against a FBS team.

It’s not like bball where some coaches have a unified second unit that comes in. It’s just shorthand people use to talk about depth. For this game many backups were in at the start on defense, we have a ton of injuries (fortunately most not season ending sounds like). It feels like you’re making a lot of assumptions based on a very casual watch of the game.

And sure, we’ll probably "struggle to finish undefeated". I don’t know what it is about Oregon fans – one week everyone is like Mario is a below average coach, we have no identity, etc etc, and then after a single (admittedly satisfying) win against a team that may or may not actually be good, folks (same exact folks complaining the week before) start talking how we’re championship contenders. We don’t act like we’ve been here before.

I know as fans we’re irrational by nature, but hear me out – in my experience having a little perspective and toning down the knee jerk reactions actually makes the season more fun. You can enjoy the journey and accept that we’re still pretty flawed in a few areas, have primarily 3-star athletes for our experienced skill position players, and with the level of consistency we’ve shown thus far will probably drop 1 or 2 games we don’t expect to. I dunno. YMMV. It seems like a lot of fans came on in the Chip years and still expect to dominate start to finish every single week. That was a very specific set of circumstances, even Chip can’t do that anymore.

I will also note that Chip’s crowning achievement was winning us the Rose Bowl. Mario did that in his second year. It’s been a good ride so far.

Far as this game goes looks like there's not much shame losing to Fresno.

They look to be really well coached & have a probable Heisman contender at QB who had the game of his career so far. UCLA is still looking much much improved, they were like 4-8 in the last non-COVID season. They’ve got reason for optimism.

The rest of the conference, yeah, pretty bad. We are tied with the ACC with the worst P5 interconference record. We were 2nd (to the SEC) in 2019 though, so it changes quite a lot year to year. The SEC is always first these days though.

commented on Oregon Relies on Depth, Turnovers to Overpower Stony Brook, Ducks 48 - Seawolves 7 from Addicted To Quack, Sep 19, 2021, 2:47am EDT

Glad the fuskies ditched this guy.

commented on Oregon Relies on Depth, Turnovers to Overpower Stony Brook, Ducks 48 - Seawolves 7 from Addicted To Quack, Sep 19, 2021, 2:29am EDT

It's not like there's a "1st string" and "2nd string", players are rotated & subbed throughout the game individually.

But in general when the lead starts growing, yes, the defense is going to get those big plays like sacks because the opposing offense’s playbook shrinks and they start pressing. Which we saw tonight, and at the end of the fOSU game. Players who are farther down the depth chart aren’t magically these scrappy underdogs who will try that much harder.

Who was the commentator who sounded like he had a stuffy nose.

His first pass was a sure pick-6 against most Power 5 teams.

Did that little hitch that telegraphed his throw completely, the coaches will tell him to never ever do it again & hopefully he listens.

Yeah, he pulled at his knee at one point.

On the flipside, tons of teaching opportunities so far.

Starting with, don’t take any opponent lightly. Sure looks like we showed up expecting to steamroll them by default.

Was just thinking how happy I am that Willie Taggart ditched us after one season.

Truly the best possible outcome of his coaching career at Oregon.

I like him. We call him Corgi in my household.