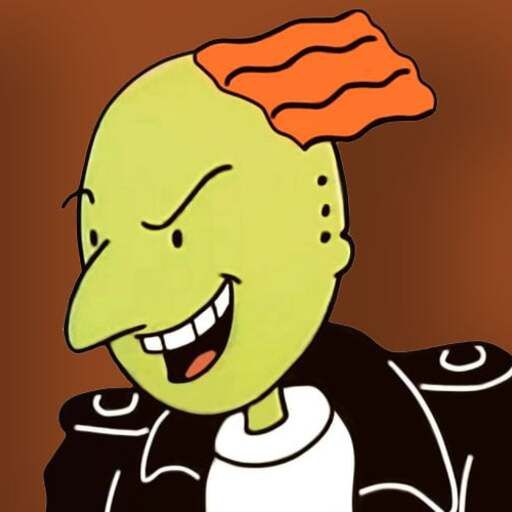 I see it coming a mile away.

Tell him to get a therapist that specializes in early childhood trauma now, rather than wait until his friends grab all the good ones.

What was he supposed to say

"Rutgers fans, there’s prolly better shiz to do this weekend, so give us a break and check the score from your phone when you remember"

Yes I second this question

And also, is there another potential position open on "bus patrol" in Miami of the bang variety?

It’s surprisingly not that expensive! I have a vacation next year we’re planning to Paris and southern France that’s costing peanuts right now. Rental cars are like 300 bucks for a week and unlimited mileage.

CONTRARY TO EVERY SINGLE EPISODE, IM GOING TO STUPIDLY USE THE OVEN, BLAST CHILLER, AND ICE CREAM MACHINE AND EXPECT TO WIN

It's a reverse microwave

This comes from a movie called Haggard. It should make more "worst movies ever" list, but a reverse microwave is most of the plot.

Blanks can still cause damage

They can expel pieces of the blank cartridge, pieces of molten powder + brass, etc.

Firearms are secured in one of two ways when meant to fire blanks – either blank firing adapters on the end of the weapon (if the weapon needs to be live at some point, see: military or law enforcement training) or a sealed barrel (see: prop guns).

I’ve had enough tournaments where the kids just lay a goose egg. It’s a waste of time, but that’s what you get burning the candle at both ends with hours a week.

In theory, sucking at practice gets you riding the bench on a travel team. Then your parents get pissed they drive an hour to watch you sit. Then you magically don’t play next year.

He will tell his kid to take the ball from other kids when they’re about to score. It never works, because the kid would rather be eating paste, or coloring, or whatever kids that have 0 interest in soccer do.

I mean, that's great tho

He’s not gonna get it after one conversation but constant observations and inward facing conversations will make them a better person. Those kids that are getting barked at are just going to end up shitty leaders… just like their parents.

In terms of coaches, that’s something we’ve learned the hard way and why we moved out of Loudoun. It’s a dice roll with such a large and shittily run organization that they vet the coaches that aren’t running their top U14-U19 teams appropriately. Sometimes they have a dude/dudette, 15 kids that’ll pay 2500 bucks, and just make a team. Then that coach starts being late, runs rondo at practice for 90 minutes, always has a sub coach at tournaments, etc. etc.

I have a dad on my youngest (first grade) team

That will constantly tell his kid to cherry pick like 30 feet past the other team’s last defender. She’s quite possibly the least athletic kid I’ve ever coached. I’ve been doing this for 7 or 8 years now.

Last game I had to tell him, across the field, to stop giving his kid selfish directions. Let her learn how to play soccer.

I don’t wanna have to yell at my kid every game to get tuned up. If I need to do that, maybe they can just play rec or some other sport.

The worst is when one of the kids just isn’t very good and is continuing to get smoked by some random on the other team. The poor kid had 6 very motivated 8 year olds yelling at her to "get faster" most of the first half.

But then again, maybe she should have ran faster.

I guess one of the things you can look forward to as they pre-teen-ize is the assessment and selection of captains. My oldest’s U14 team puts a lot of emphasis on it and the coach lets them execute on that internal mutiny kind of stuff. Sometimes it works, sometimes it doesn’t.

Sounds like that was going around campus back in the day

Everyone was GOING TO THE FUCKING PUMPKIN PATCH on Saturday

Sign me up for the "I hate dads that yell on the sidelines" side of the field. Your kid does not play better with you hollering at them to run faster. If they could run faster, shoot harder, or pass better – they would. Let them enjoy this one little game that they get to play without you breathing down their neck. Don’t let your insecurities get spewed all over a kids sports field.

We had a tough regular league game on Sunday – and I don’t know any of the parents on my middle’s team – I had to tell the random 45 year old man next to me to chill out. I always make the comment to my wife when these assholes are screaming three fields over "This is why it’s impossible to hire at AWS. These are the applicants"

From what I know in the industry

Facebook’s Global Security team has been a revolving door for… at least 10 years now. They pick up some junior analyst from an agency, tell them to cull content that goes against the TOS, they do that for a year, then jump to a real job in FAANG.

There’s no consistency, no policy, and certainly no motivating hiring benefits (READ: MONEY) to keep personnel in the positions to execute on a coherent strategy upon policing content on the platform.

Lip is the main character

He’s the antihero the entire 11 seasons – he goes through like 6 story arcs. Then at the end, they’re like "oh shit, last episode – another kid on the way, no where to live, looks longingly at a tech job – let’s set a Tesla on fire!"

Finished up the last season of Shameless last night

Weird last season, so many things that I wanted to see more of. I wanted way more meter maid/cop/vice Carl – I needed more of Frank’s takes on COVID (which I didn’t know I wanted) – and most of the storylines in flight just kinda… die. I guess it’s an adults-only show for 11 seasons on Showtime, what did I expect.

Maybe it did good, and maybe I'm wrong

But now fielding questions about it from my children is strange, and I’ve had to think a little deeper about the appropriate answer.

I’ve been out for a good amount of time now. More than enough to reflect on what I did and how I did it. Years deployed for what? Who did I help? Who paid for what? What are we doing now? It’s just more of the same. GF3 and I probably have some mutual third cousin friends if you put our contacts in Palantir, but I echo his sentiment the other day.

Weekly pictures on the r/veterans reddit of a legion of pills and the "today is the day" caption or whatever. I had a guy I saw every day for three years and two deployments get out, become a cop, then was hit in the head with a rock and executed with his own service weapon. Your #22 a day rubber bracelet doesn’t do shit – I don’t care about you spending a day at the VFW. I don’t care if you’ve "got my back" – give a shit about your neighbor nextdoor or across the street. Bring back and take pride in the model of social trust.

Give me actual change that benefits everyone. Take half our defense budget and put solar panels on every house in the US. Fold the VA healthcare system into a national one. Provide funding and baselining for community policing as the standard doctrine.

directly funds candidates who will support the first baby step to socialized medicine. And you don’t need to wear an ugly ass-hat.

This perpetuates the status quo

For actual change, it is an either or.

It seems like this one is specifically to fund disabled veteran ice hockey teams – that’s cool.

But also filling gaps in care. I’d much rather prefer they spend that money on lobbying the VA to expand care to remove those gaps. It’s like a gofundme – stop with the gofundmes for cancer – vote for the fucking politicians that want socialized medicine and you won’t have to pass the hat every time someone gets sick.

There’s a reason why if you’re actually using blanks for some sort of training exercise, you have a firing adapter that will take some brunt of the potential discharge.

Lovingly referred to as a BFA, blank firing adapter.

RFC is right there

SUBZ ‘fuckin’ for the memez

commented on The OTE Weekly Mailbag: Which coaches are getting poached? Will we see any more big upsets? What exactly does Brian Ferentz do here? from Off Tackle Empire, Oct 21, 2021, 4:40pm EDT

I don’t see much deviation from that. They still can’t run with teams that are 5 four stars deep, and have enough talent to clown Kenpom 100+ teams.

At AWS, they would be fired immediately. No PIP, no "talking to".