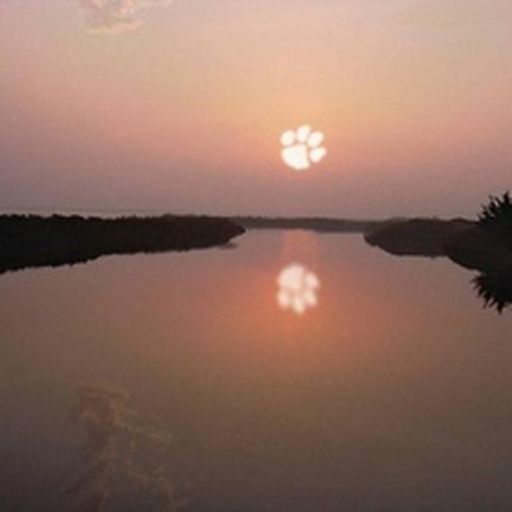 Every Saturday I watch several CFB games from 9AM (Pacific) until about 10PM and regularly hear commentators say something that I never hear said about Clemson...

"That was a really good play design where they got the defense out of position by…."

I don’t think I’ve heard a commentator say that about Clemson all year, and probably last year too. I know that the Clemson O’s execution has been error prone but it just seems that the the O is so predictable that opponent D’s are almost always in position to make a play.

For example, yesterday some team (can’t remember which one) had goal to go from about the 4. The formation was strong left, the pre-snap motion went left, the post-snap motion went left like it was going to be a toss-sweep. The QB went left. The entire D went with the flow. Then the QB bootlegged right and lobbed an easy TD throw to a leaked TE who was standing COMPLETELY ALL ALONE in the middle right of the end zone. (QB probably could have run for a TD also.) It wasn’t about everybody on offense executing perfectly. It was about getting the D out of position so that even I could have lobbed the TD throw.

Yesterday NCSU was running short crossing routes to successfully rub off the coverage such that LBs & CBs were running into each other and leaving guys open. I guess that’s in our playbook, but I don’t recall seeing us do that.

Catching the ball became reflexive and they had very few drops. It seems that our WRs & TEs could use that kind of extra practice.

matchless's comment on Clemson vs. Syracuse: Tigers Hold on for the Win from Shakin The Southland,

I wonder if he doesn’t want to coach college anymore.

Sadly, Vandy pissed away a 6-point 4th quarter lead to SCAR by rushing 3, playing soft-coverage, and giving SCAR's QB (Noland) all day to pick them apart with ~1:37 left.

The_Ancient_Mariner's comment on Clemson vs. Syracuse: Tigers Hold on for the Win from Shakin The Southland,

But what if they run a defense that you weren't expecting?

I'd rather beat Pitt 3-0. It would still spotlight the problems on O without costing the L.

I was encouraged by how much better we run-blocked and ran the ball with the RBs (not with DJ, or TP).

I was actually thinking they should have stuck with the run a quite a bit more.

It looks to me like Goodrich had it right since he was furthest outside and was covering the field receiver all the way.

It wouldn’t make sense for Turner to rotate from center-field, past the slot receiver to the field receiver, while Goodrich rotates from the edge into the slot. Even if that had been the plan and it had been executed perfectly, it would have left both receivers open during the coverage crossover.

Turner isn’t prone to busts, but I think he blew that one. For some reason, it looked like Turner thought/gambled that the ball was going to the field-receiver on a 10-yard curl.

Even though it seems unlikely that Clemson will win out, Clemson's win over Cuse means that I have to watch NCSU @BC.

Turner can stay another year.

He just can’t play a 7th year of college football unless maybe he gets plastic surgery and a fake ID.

Meh. If they make the FG, nobody questions the TO. If they run and fail to make the 1st down, people question Dino for not calling a TO in order to pick the perfect play..

Neither 4th & 1, nor the FG-attempt were sure things so I don’t have a problem with Babers taking a TO to think it over. I wouldn’t have had a problem with him holding the time-out and going for it. Not a terrible call either way, IMHO.

At 7:09 (4Q) in the broadcast, ESPN rewound and showed the all-22, while Golich diagramed & explained how Turner blew it...

Wow! I'd expect Pitt to be favored.

I don't know why Spiers pump-faked. Force of habit, I guess.

That wide-open downfield drop by Ross was really bad. And his holding penalty killed.

rare breed of cat's comment on Clemson vs. Syracuse: Tigers Hold on for the Win from Shakin The Southland,

I don't see how it hurt Cuse to take a time-out to make a critical decision with seconds left.

Yeah... But Turner blew his assignment for a TD.

Dammit Matt! How much did ND bribe you?

NCSU @Wake is huge for Clemson. I'll be glued to that one. Go Deacs!

Tigerfan06's comment on TCU’s Gary Patterson Says They’ll Have to Get Their Hands a Little Dirty with NIL from Shakin The Southland,