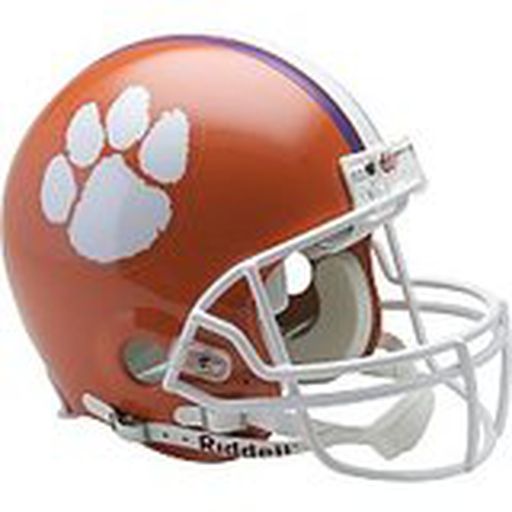 What's up guys? My name is Shawn and I'm a former blogger over at Cat Scratch Reader. I graduated York Technical college with a associate's degree in Computer Technology with a focus in Networking. I blog on Cat Scratch Reader for fun and I'm working to get further into the Computer Technology field than I am now. I want to write a book one day. I have some great ideas.

Well the old commenting system had a good run boys.

It’s not as bad as you think.

commented on Announcement: A new commenting system is coming to At the Hive from At The Hive, Sep 14, 2021, 9:17pm EDT

On the subject of building a successful football franchise and the upcoming season.

As the warriors of old came before them, so do our current Hornets go to do battle in South Beach.

May the crocs, the Hurricanes, the Heat, and the Karens fall before them. May they wash their bodies in their blood.

commented on Trending Hornets: Wes Iwundu’s advanced stats are among the league’s worst from At The Hive, Sep 7, 2021, 8:55am EDT

That summer league was awful for him. He is Bismack Biyombo only with an attitude problem added onto it and he plays softer than a baby’s ass. I was pulling for him. I wanted Nick to be good. He had the body. But he doesn’t have an ounce of killer instinct in him and has been thoroughly outplayed by Kai Jones and PJ.

I have never seen a guy miss a wide open dunk from under the basket because someone 9 inches and at least 40 pounts lighter than him push him out of the way. But Nick did. And then he was crying to the ref about it instead of getting back on defense. You coulda seen his big ol huge donkey tears from the nosebleeds.

BenjamminG's comment on The Hornets Roster Spot Deathmatch from At The Hive,

StudMuffin15's comment on ATH Live: Summer League recap with Sam Perley from At The Hive,

Ocracoma's comment on ATH Live: Summer League recap with Sam Perley from At The Hive,

Newsinz's comment on ATH Live: Summer League recap with Sam Perley from At The Hive,

Ocracoma's comment on ATH Live: Summer League recap with Sam Perley from At The Hive,

StudMuffin15's comment on ATH Live: Summer League recap with Sam Perley from At The Hive,

Honestly, my moment was the first 'miracle after midnight.'

Where Scary Terry and the Hornets stole a game from the Warriors and Melo escorted the hero back to the locker room.

Mr. Long's comment on ATH Live: Summer League recap with Sam Perley from At The Hive,

Newsinz's comment on ATH Live: Summer League recap with Sam Perley from At The Hive,

Aight guys. Football season is almost here. I can take the risk of being unvacced because I'm a gamer and haven't been too social lately, but that's about to change and not seeing my Panthers is a bridge too far.

I want to get the vaccine but I also don’t want to die. I haven’t done a lot of research so I don’t know which vaccine will not kill me in a few years. What vaccine do I have to take to not die that has the least chance to make me not die. All of the politicizing of this vaccine has me a lot scared in the first place as I am still young. But my Manager from my workplace died from this thing so that has me even more scared. And to be honest, I’m just scared in general and my nuts are too big to be dealing with that.

I also want a good shot at being employed by the Carolina Panthers and the Hornets. So this is also a venture towards that direction.

Cool shit brother. Good on ya!

Did you google that? Hahaha

Notso_Klose's comment on Hornets ink Terry Rozier to four-year, $97 million contract extension from At The Hive,

I'll take above average over Biz any day!

commented on Trending Hornets: Mason Plumlee is the model of above average consistency from At The Hive, Aug 23, 2021, 9:54am EDT

PoAshton's comment on Hornets ink Terry Rozier to four-year, $97 million contract extension from At The Hive,

Damn that's a good one I might steal that. Haha

I think trying to figure out what to do with Booknight four years from now is a fool's game.

Both of these players are gonna be Hornets for such a long time to come anyway. Is it really time for that discussion? Hahaha.

Let’s just see if Booknight can come in and get an A+ in the NBA first!

You cherry picked two rookies. One of whom next to Giannas is one of the most athletically gifted players in the NBA while the other was starting on a team with weapons and a good defense from the get go. Obviously, your stats are hampered when you’re the 6th man for most of the year and your center on the 2nd team is Bismack Biyombo. I would think this would be pretty obvious.

Give him time. Lamelo was clearly not playing the latter half of the season after his return from injury at 100%. Melo is going to start this year and play 30+ minutes a game and his stats will naturally bounce. He can only get better. I would not be surprised if Terry and Melo are both averaging close to 20+ points a night each if the ball movement is there this year. The Hornets under Cody Zeller was a ridiculously efficient unit. We would have won many games if Cody had a clone on our roster and we could switch them out. This year we’ve upgraded the center position across the board. Gonna be better this year

I had expected that Terry would try to wait out the season to see if he can get the Supermax. It would have been a tough decision to make. With Melo coming on strong and a host of playmakers added on every side, there was the serious risk that Terry might lose value with this many scorers on the roster and of course the obvious risk for injury that comes with every year that Terry had a brief fling with last season.

Clearly Terry and his agent has weighed all of their options and they decided to cash in now for guaranteed money while his value is at his highest. And honestly, the Hornets got a great deal. Terry is an absolute stud and a finisher. Like Kemba, definitely not one of the guys you want hitting free agency and getting away. You need at least one guy that can have ice in his veins and make the killshot late in a basketball game. Both Monk and Terry had those moments for us last year to win games at the buzzer and we lost Monk. It’s great for the Hornets to lock on Rozier for another four years.

Once again, Mitch has displayed tremendous foresight. I had always expected he would resign Terry, I just didn’t expect for it to be so soon and therefore at such a great price. We should all sing his praises from here to the ends of the Earth. He is the greatest GM with a beating heart that exists in the Carolinas. And by the end of all of this, if Charlotte miraculously wins a championship against all odds somewhere down the line, perhaps the GOAT of Charlotte Sports.

Scary Terry. Flash Gordon. Lamelo Ball. That’s a big three right there. Charlotte is setting itself nicely to raise its profile over the coming years. If we start making back to back playoff appearances, that’s going to get the NBA landscape to look at us differently. Players are going to want to come to a team as well run as the Hornets are these upcoming years even if it is Charlotte. We aren’t going to attract super stars today. But two years and three years from now we’re going to start to look a lot more fresher. We’ll have a legitimate shot.

As a wise man once said: "Winning is a great deodorant."

Hythloday's comment on Hornets ink Terry Rozier to four-year, $97 million contract extension from At The Hive,

Newsinz's comment on Hornets ink Terry Rozier to four-year, $97 million contract extension from At The Hive,

StudMuffin15's comment on Charlotte Hornets vs Chicago Bulls summer league game thread from At The Hive,

And sign Biz up for a 50k contract so he's forced to watch!