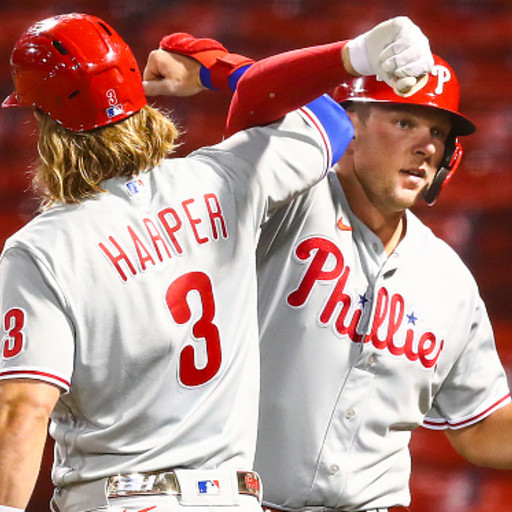 Suzuki has better stats in the Nippon league than Tsutsugo, but you can’t look at me straight in the eyes and tell me Suzuki isn’t going to drop off. Even if its minor (say, 10 points in OPS+), you still have to admit there’s a talent gap. Even if you look at the graph, in theory Suzuki would have an .800 OPS (or something around there- I will admit that would be good for Phillies standards).

Look at his age 26 and 27 years (the last two in Japan). He would be what you would consider in his prime. Would you sign him, knowing the result?

Also, as I was writing this, I realized it was less about the team staying away from the player than it is the player staying away from the team. I just fear the Phillies will get their hopes up and put all of their eggs in one basket. At the end of the day when Suzuki goes somewhere else, we have to hold our heads high and admit that we tried at least. While I’d reach out to Suzuki and offer him a contract, I would try to spend most of my time looking for backup options.

This is why I put the market under "The Unfortunate". When thinking about merchandise revenue and bringing the marketing team in on this decision, I believe you’re absolutely correct that Seiya Suzuki could start a fan base in Philly. I believe Suzuki could easily give Harper a run for his money in terms of being the most marketable player on the team. Let’s not forget about his strikeout-to-walk ratio, a number as close to 1:1 as you could possibly get, which you know the Phils brass is salivating. I see the Phillies giving him a contract, but I see Suzuki going somewhere else like San Fran because the Giants have an established Asian market and have playoff experience. This situation reminds me of the way recruiting works in college football. Bigger teams develop so-called "pipelines" in states (usually addresses rising in-state commitments). If a football player from the South got an offer from Alabama, Georgia (or place in a different SEC team if you so desire), or Iowa, a rural area who rarely gets a commit from the south, the player is likely to choose one of the SEC schools. The player would see the majority of the team being in a similar position, which makes it easier to relate to them. It’s an intangible aspect, but you can’t deny that it exists. The Giants, Mariners, and Yankees have the intangible aspect that we don’t. Suzuki could look at Matsui or Ichiro or Nori Aoki and see the success Far East players have had in these cities. He could even turn to Yusei Kikuchi and see how the M’s are handling Japanese players now. These teams can give Seiya a comfort level that the Phillies just can’t offer. And assuming everyone gives him roughly the same contract and the playing time he desires, Suzuki will probably pick a market that he feels comfortable in.

I love the Randal Grichuk trade idea. The Phillies need outfielders and they’re desperate to get rid of Didi. Trading Rhys is a tough decision but it has to be done at some point. I would imagine the Rays trade would be more realistic because of Glasnow’s recent injury and their need to remove players from their 40-man at mass. Great job on this; definitely one of the more realistic ones in the community.

It's Time to Address the Seiya Suzuki Rumors