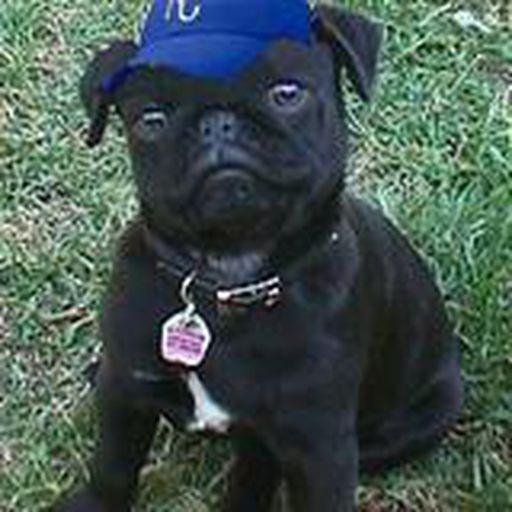 I really thought the KCMO anthem he did

Should have become the new TD song after they decided to scrap Rock and Roll part 2.
It has chanting and everything, plus has local flair.

I don’t even remember what the current song is.

that Tyrann had to be physically restrained.
Figure he’s even more of a douche than expected.

Would seem to prevent that.
The refs could determine it to be a palpably unfair act and do basically whatever they feel like at that point, up to and including awarding the Chiefs 7 points


A player or substitute shall not interfere with play by any act which is palpably unfair.

Penalty: For a palpably unfair act: Offender may be disqualified. The Referee, after consulting the officiating crew, enforces any such distance penalty as they consider equitable and irrespective of any other specified code penalty. The Referee may award a score. See 19-1-3.

This is meant to prevent goal tending, or a coach preventing a player from returning a kick for a TD (COUGH COUGH MIKE TOMLIN) but could easily apply to trying to run out the clock through penalties.

To build on this

The Chiefs score a TD in the red zone like ~70% of the time over the last 3 years. They get a field goal another 20% of the time.
so a 10% chance of not going to OT at a minimum or just flat out winning.

On the flip side, what do you think the odds are that Allen scores? 50-60%? Maybe more?

Holding onto the ball is the best way to win the game.

I actually wrote an article about it on AP 3 years ago.

Especially in this situation where a field goal ties the game.

The goal is to be able to get a first down, so you can force the other team out of timeouts, get the first down and then score from there.

Yes it’s risky, but clearly less risky than giving the ball to Josh Allen/Tom Brady/Justin Herbert/Joe Burrow, with a minute left and a gassed defense.

...when only a couple senate seats flip parties?

Yeah…except it’s not.
It’s a bunch of house seats, and a handful of senate seats, and a presidential election, and even then the laws have to pass judicial review and if the laws prove to be unpopular or bad, then they’ll all be voted out.

1. Having the filibuster weakens the checks and balances of the system. The President is supposed to have veto power. How useful is a 66 vote veto if any law just needs 60 in the first place?

2. Having the filibuster allows one party to campaign on literally nothing. You may not like liberals, but they have a platform and changes/improvements they’d like to see. Republicans have tax cuts for businesses and…that’s it. Without the filibuster, if they were in charge, they’d no longer have an excuse to not govern.

3. The idea of needing a supermajority to pass laws was brought up and specifically discarded by the original constitutional convention on the idea that it would make it impossible for the country to adapt and make governing unwieldly. Our founders considered this idea and discarded it, largely because they realized that it would allow a tiny minority to exert undue influence. Madison points out that needing 66% to pass a law would allow only 20% of the population to dictate to the rest. And since we have a first past the post system, that effectively becomes 10.0001% can dictate to the other 89.999%. That’s not a functional healthy democracy. And it’s gotten even worse in the modern era. Right now, ~33 Million people control roughly 40% of the senate. The other 60% is controlled by 320 Million people.
That means the votes of 16 million people(just 5%!) can outweigh the votes of everyone else because…reasons?

If we wanted to go back to the system our founders thought was roughly fair, we’d need to have the largest state have a population about 11x bigger than the smallest. If California stays as the largest…then every state under 5 million has to contract…which would give us ~37 states. Republicans would lose out nearly 2-1 in that sort of "redistricting". That’s not a party that can survive being poor governors. Getting rid of the filibuster would literally force conservatives to adopt a platform.

The problem is that the situation is win-win for them.

Conservative justices are still justices. Their decisions in fact help liberals, because if those decisions are out of lockstep with public opinion, it causes more voters to move liberal and if they aren’t or if they are just good, unbiased, judges, then liberals accomplished their goal of a functional government.

It does not behoove liberals to maintain the filibuster for any real reason.

I mean that's an entirely different can of worms

based on how a bunch of older, idle, property owners unsurprisingly set up a system to largely keep themselves in charge; which has only been further "conservatived" as we’ve moved away from their original parameters, the filibuster being just one of many changes to keep the country from keeping up with the modern world.

Wait are you trying to find the negatives

of him trying to find the negatives?
Is this all just another level of simulation??

The filibuster is an inherently conservative institution

It literally DOES NOTHING when conservatives are in charge because their goal is to keep things the same. The only things the GOP has done recently are to decrease taxes on the rich and try and cut social programs, neither of which rely on the filibuster.

It only serves as a roadblock to progressive legislation.

Moving one of the stadiums

if they’re going to go through the trouble of printing it like that, they can at least use a better projection system. smh

OK but do the Royals really not have other cameras watching the pitcher?

It seems really weird, especially in this day and age, that teams wouldn’t have 2-3 cameras watching their pitchers to look for mechanical issues when they pitch
Especially if they keep imploding like Brad was at first.

I got mine in the second try yesterday

I’ve been starting with Train, which hits several common letters and vowels, which hilariously gave me the first 3 letters spot on. From there I guessed it in one go because I wanted something with an S in it.

I’m not saying it’s a great idea…merely that the hole in RF is where we actually have a chance of getting some return for our money as opposed to the holes elsewhere.

I do think Castellanos is probably a 3 Win player moving forward. Suzuki, I’d bet on being a 3-4 win player as well.
I’ll be happy if Isbel becomes a 2 win player.

There’s just no other position where the free agent options this year even give that slight boost over what is likely available internally.
Is Luke Maile (.3 WAR) better than Melendez or even Gallagher?
Are 32 year olds Anthony Rizzo(2.7 WAR) or Brad Miller(1.8), better options than Pratto or Pasquatino?
Is Kris Bryant(4.0) a better option than Bobby Witt Jr, especially for the money[projected for 25 mil/6 years]?*
Maybe you talk yourself into Kyle Schwarber to fill one of those holes…except he’s basically Castellanos but worse in every way.

So IF you’re spending money on this team, you spend it in the place where you don’t have an elite prospect and where you’re likely going to have a hole after next year anyways, and that means corner outfield.

*He’s probably a better option than Mondesi, but I don’t see this team ever handing out a 25 million/year contract.

I think the difference is that there's reasonable free agents

Out of every other position only maybe Bryant and Schwarber could fit that mold and neither is likely to be as much of an improvement at their positions.

I’m not even really down on Isbel. I’d have liked him to get a long look in CF or be the heir apparent to Benintendi, but with MAT being resigned that’ll probably have to wait a year.

Yeah I don't get this.

We have no real good options at RF. If there’s somewhere to spend big, it’s there.

Got it almost exactly a year ago

Had bad headaches for a couple days.
Wouldn’t have even gotten tested if my GF hadn’t lost her sense of taste/smell.
Didn’t have any other symptoms, felt fine for 2 weeks.
Then started coughing and didn’t stop for the next 10 days.
Honestly the recovery was worse than the disease for me.

I had to put down my dad’s dog today.
It’s never easy, and I can’t imagine having to explain to a 3 year old. Hell I don’t know how to explain it to myself.

Trading Melendez would be malpractice

Salvy ain’t gonna be a catcher forever. In 3 years, he’ll be 35, have caught ~11K innings and pretty much no matter what be on the downside of his career.

Being able to slot Melendez in would be an enormous boon.

I’d rather hand Pasquatino a glove and see if he can play RF than move Melendez.

If Melendez ends up being an above average hitter, it’ll be difficult to find an outfielder who will be as valuable as he is as a catcher

and the Pootie flavored variety

I think this is the answer to the article

How much time does the average person spend listening to podcasts?
Maybe 20-30 minutes a day?
Which is enough time to listen to 2-3 hour long podcasts a week.
And if those casts are putting out a new episode each week, what do you need new ones for?

StL is only marginally bigger than KC

That is just an incredible run that highlights that you don’t need to have a huge market to be successful.

n five years, the Rockies will be paying Lopez $10 million a year to put up 1.1 WAR and block the latest iteration of Brendan Rodgers or Ryan McMahon.

He’s a lot more optimistic than I am…

We bend over backwards, relatively speaking, to ensure that rural and especially suburban communities are connected, while putting fewer resources towards urban communities.
Then those in the suburbs and rural areas come into the urban communities to work, but subsequently don’t pay taxes or shop there, leaving those communities further underfunded.

What would the equivalent

of the thin blue line for teachers be?