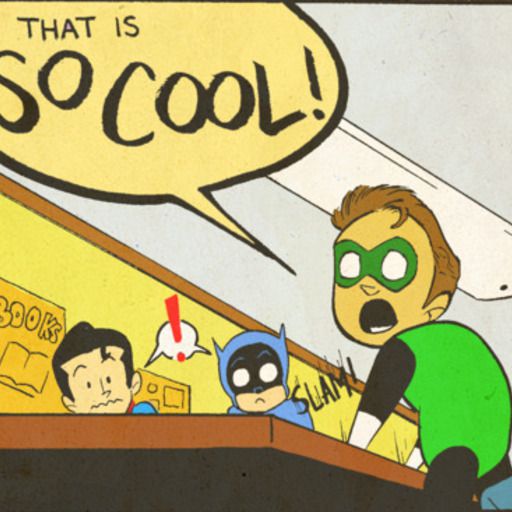 Should the Mountain West be proactive in conference realignment?

I think you look at how other former schools have done:

Arizona and ASU are former WAC members who went to the then PAC 8. Utah is a former WAC and MWC member who went to the then PAC 10 (which is probably a better guidepost, as it’s closer to today’s economy and current NCAA FBS environment, as far as competitive, revenue, recruiting, etc.); and then there is TCU (which went from CUSA to the MWC, and then the Big "12"). I would say that one of those schools has done very well for itself as far as competitive environment and recruiting and the other three have gotten better recruits, more revenue, and other advantages. Boise State probably has a better national profile and thus, even as a WAC and MWC member, has gotten more national exposure as far as TV appearances, but I’m not sure if you started parsing numbers, that this one advantage nets something that is measured by a service such as Rivals, as far as recruiting class. OTOH, you can measure the overtures to Coach Pete and to Harsin as something, given that Coach Sweatpants and Whittingham stayed at their schools once they made in to a P5 school, or that the Sun Devils and Wildcats haven’t had a coach poached (at least in CFB) since SC took Larry Smith from the Wildcats, nor do they have say a Coach of the Year winner, much less nominee.

And then you can also watch UCF, Houston, Cincinnati and BYU’s outlook in the Big 12 over the next four or five years (as recruiting will be impacted starting as soon as this fall for next year even if the three AAC schools are still in the AAC for the full 27 months of their by-laws).

commented on Should the Mountain West be proactive in conference realignment? from One Bronco Nation Under God, Sep 11, 2021, 9:52pm EDT

So far, they are being disappointing. Lake is no Coach Pete, it appears.

But the Longhorns face planting is always a pleasure. I’d love to be in the president’s box in a decade or so from 2024, in either Austin or Norman, while booster’s give their AD’s and presidents an earful at the constant middle of the conference showing that Oklahoma and Texas keep showing up as in the S-E-C!

I'm still hoping the Buffalos eat up two minutes of clock going down the field and score at least a field goal in the next few minutes!

Nebraska was AAU when they got the invite but they lost it right at the same time.

I’m sure Delaney was aware that the Cornhusker were at serious risk of losing their American Association of Universities accreditation because it was openly known that there were non-AAU schools that ranked above it and that Nebraska was way at the bottom of the listing of AAU schools.

commented on What to watch for when Arizona faces San Diego State in home opener from Arizona Desert Swarm, Sep 11, 2021, 5:46pm EDT

Well for at least another week, I'll be a Duck fan.

I was hoping today would end up in a Colorado victory over (the always ranked and over-rated teams from) Texas A&M.

But I’ll also be happy for the Oregon Ducks to beat THE Ohio State. Now, it doesn’t really matter all too much what happens between the Huskies and the Wolverines.

He’s more of a conference homer.

So my season of not watching Arizona football games begins.

commented on What to watch for when Arizona faces San Diego State in home opener from Arizona Desert Swarm, Sep 10, 2021, 8:13pm EDT

NYCwildcat's comment on What to watch for when Arizona faces San Diego State in home opener from Arizona Desert Swarm,

though the conference still does wrestling. I don’t know and frankly don’t care if that was a WAC vs. MWC thing for them).

ALSO, the Beavers are one of the original charter members of the Pacific Coast Conference. WSU joined before SC and UCLA.

In 1959, when University of Idaho and Montana were tossed, was when dropping the Beavers and Cougars could have reasonably been considered. Yes, WSU, OSU and UO were initially bared from the cool kids club of the California schools and the Huskies and the then Berkeley chancellor had made noises about ‘emphasizing academic eligibility standards’ but that was as much a slight (by Cal) at the Bruins than at any of the above schools. There was also some definite animosity going on by Stanford against UCLA.

I’m not defending OSU and Washington State. And definitely not the technical teaching campus up north on the interstate. But in the same way that the Big Ten didn’t dump Northwestern over those decades of losing seasons and the SEC didn’t Vanderbilt, the Beavers, Cougars are somewhat grandfathered in. Sadly, for different reasons, so are the denizens in Tempe.

commented on What to watch for when Arizona faces San Diego State in home opener from Arizona Desert Swarm, Sep 10, 2021, 6:55pm EDT

Frost will likely be gone from the Cornhuskers, but that would still be a good exposure game, etc., plus excellent for the kids.

I hope they add an alliance school for that possible game in 2026 – potentially a home and home with another good ACC school, even if VT is already further down in the future. FSU or Miami would be good here. And I’d like to see a Big 10 school 2024, especially if by then they switch to eight conference games.

"Any further expansion would most likely come after 2024."

"Sources stressed Boise State and Memphis are among several schools being discussed. It has long been known that Boise State is on the Big 12’s list of potential future additions."

Emphasis above mine. If it’s not in writing, and it’s depending on some future event(s), it’s not really worth the bandwidth. Also, I believe it was one of the reporters at the Atlantic who had the story first, not Dodd.

commented on Should the Mountain West be proactive in conference realignment? from One Bronco Nation Under God, Sep 10, 2021, 5:59pm EDT

TkdBob's comment on Should the Mountain West be proactive in conference realignment? from One Bronco Nation Under God,

Neither really move the needle money wise, except for a slight bit with Tulsa. SMU loses out in their market to both the pro teams and to other schools (I mean, I doubt that there are more Red Raider alums in their market than not, but there are certainly more Longhorn alums in their market). However, if it would move the needle for Fox, the MWC should consider it because it would HURT the AAC. The MWC can at least point to former and current schools (e.g. Hawaii, Utah, TCU) and to good/upcoming schools (SDSU, possible at some future point San Jose State but it needs more stability as a winning program), whereas the AAC would be stuck pointing at Memphis.

The geography also makes the most sense. It will likely split the revenue pie, but possibly not since contracts would need to be renegotiated by the Big 12, AAC, and ESPN would want to so do.

A conference merger, or even some form of more structure joint venture/alliance would simplify things but be unwieldy and there are likely too many people who would feel their empires are being encroached upon for that to move forward.

commented on Should the Mountain West be proactive in conference realignment? from One Bronco Nation Under God, Sep 10, 2021, 5:56pm EDT

As I said, I'm postive that in your mind, you are always right. Have a nice day, now, and come back soon!

I missed most the first half from a messed up sleep schedule but enjoyed most of the 3rd/4th, which is the most Wildcats I have seen,

given a lack of PAC-12 network access and a lack of games being at a time that worked for me to stream. I’ve never been one to catch anything more than highlights of games I didn’t have time to catch live (or same day).

commented on What we learned from Arizona’s season-opening loss to BYU from Arizona Desert Swarm, Sep 5, 2021, 6:36pm EDT

GoCats97's comment on What we learned from Arizona’s season-opening loss to BYU from Arizona Desert Swarm,

Cactus Dave's comment on What we learned from Arizona’s season-opening loss to BYU from Arizona Desert Swarm,

threeandout's comment on What we learned from Arizona’s season-opening loss to BYU from Arizona Desert Swarm,

REEKone520's comment on What we learned from Arizona’s season-opening loss to BYU from Arizona Desert Swarm,

I am disappointed as a PAC 12 conference supporter that the Bears lost to a MWC team, even if it was that was a trendy pick to improve

I suspect that means the November 6th chance is probably a better than 50/50 shot now, although it comes after some rough games and before. I wouldn’t have said no to another bye week somewhere around late October, early November, I’m just saying.

I fully expect the November 19th game to be an easy victory now, as the Cougar should be look at non-bowl eligibility by the time we show up on their home turf.

commented on What we learned from Arizona’s season-opening loss to BYU from Arizona Desert Swarm, Sep 5, 2021, 11:44am EDT

That the Aztecs against NMS, of all teams, bodes well

Appreciate that if he's to going to make "I" statements -

Refreshing. I feel for kids with people like the Prate and "others" as their so-called adults, modeling proper behavior.

commented on What Jedd Fisch said after Arizona’s season-opening loss to BYU from Arizona Desert Swarm, Sep 5, 2021, 4:24am EDT

I'm still concerned with Washington losing to Montana and even though the Grizzlies were a good FCS team last year,

it’s not like they were FCS champions or even close, much less year in and year out contenders for that. And given how much of an face plant LSU did last year, I’m not sure whether today’s game versus UCLA will give the conference much credit, and people will definitely not give much credence to this being a good showing by the wildcats tonight based on looking at box scores tomorrow, as most east coast folks will be doing, to the extent they pay attention at all.

Sigh. At least now I do feel more comfortable about incur the expense deciding to either fly to Tucson for a home game this fall or catching the game at the coliseum. Shame that the UCLA game isn’t at home since I’d rather go see a game at the Rose.

He came with Avalos. EVERYONE had transfer portal access this year.

My specific point, which re-reading everything, wasn’t related to any one specific position but being able to obtain GRADUATE student transfers, or student atheletes who still have eligibility to play and go elsewhere due to more playing opportunities. FSU’s new starting quarterback in a prime example of THAT specific situation.

As far as I can see and research, this was a player that came with Avalos, in the SAME exact fashion as players going to Auburn with Harsin.

I’m not sure I’m the one arguing things to the ground here, pal. But if it makes you feel happier, I’m 100% positive that in your mind you are always right, most particularly in this case.