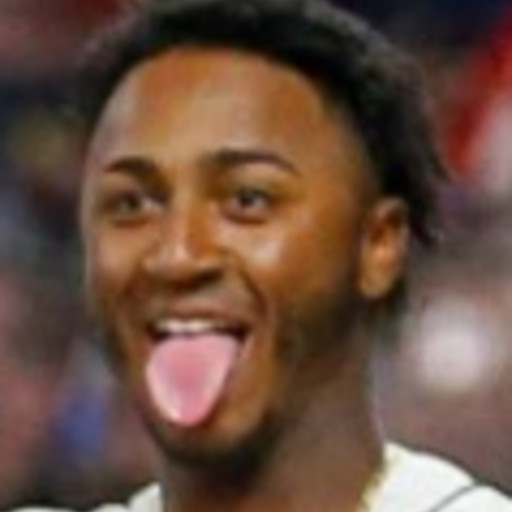 He’s in the Phillies org now, but I’ll still wish him the best.

5 years later, I was called "the biggest bust in MLB history."

Today, I’m working my way back, and I’m here to share both the hard-earned lessons I’ve learned along the way

I thought about reaching out to Chris Harris on Twitter to see if they have any trackman data they can provide.

But almost no one could touch his fastball. Never seen anything like it. You’d think he was pumping 100+.

He looked good in the 2 innings I watched. He was keeping the fastball down from what I saw and locating it well. Curve looked solid, but the couple sliders I saw were below avg. I don’t think I saw a change-up of any kind.

Someone please do a deep dive on how Diaz gets so many swing and misses off his fastball that looks around 94. He barely threw anything other than fastball! The hitters have to know the fastball is coming. Even if the over the top delivery is somewhat deceptive, the hitters still have know it’s a fastball coming. lol
He’s been great this season, no doubt, but I’m tempering things with Diaz cause I don’t know how he can keep this up long term without a second pitch. The couple of curves he threw were not that good.

.indigo_diaz</a> strikes out the side to send us to the 8th still tied at 2

You can tell he’s quite raw by the high K and BB numbers. Might be a lottery ticket with some value.

He might get another start in the last game of the season. I hope he does cause I’ll be watching this time.

He only just passed his career high in inning, which was 68. So he doesn’t have much mileage on the arm. He did get a late start to the season, but I’m not sure there was a injury disclosure.

So yeah, it’s a bit concerning. We’ve seen pitchers show higher velo’s with low innings like his junior year and never able to reproduce it. Basically a pitcher going all out in order to boost their draft stock.

I did watch a game of his and he was throwing ok at around 92-94, but that’s still not what we heard from his junior year at Wake Forest where he was showing 94-96. 15 HRs in 73 innings between A+/AA isn’t great. He’s still got time to develop a quality breaker and learn to locate the fastball better.

But that drop of velo could mean TJS in the near future.

I’m not sure I can fault the Braves for the pick. Their draft was really solid. They needed an underslot in the 1st round to make it all work. There were only 2 other players that went as cheap than the Braves pick and only one after the Braves picked.

Can only hope for the best and that it’s a product of why he got a late start to the season and not leading toward TJS.

Is there a little bitch award? He’d probably win that.

Is Seager, Baez or Correa the starting Braves SS next year?

I’m pissed. I had Rangel’s game marked down to watch, but got sidetracked and forgot.

Oh, wow. I guess I never looked at his numbers before. He’s alwasys carried a 10% walk rate. That’s damn good.

Not sure why I thought he rarely took walks.

commented on Jorge Soler and the Braves have been a Perfect Match from Talking Chop, Sep 9, 2021, 3:10pm EDT

Not sure why Soler is taking more walks, but I love it.

commented on Jorge Soler and the Braves have been a Perfect Match from Talking Chop, Sep 9, 2021, 12:42pm EDT

I don’t know. I thought Michael Harris had the teammate that was drafted high.

Just can’t get excited about Wright. I need to see it at the MLB level, but after pitching well over the last month he still hasn’t gotten a call. We aren’t the only ones that soured on Wright.

They calling themselves the Magic Mets now?

MrBungle11's comment on Touki Toussaint looks to rebound against Nationals from Talking Chop,

the BB rate was really high. At least we can get some video on him now.

I don’t really get what they are doing with Woods. Maybe as a starter gives him more opportunities to work on secondaries?

commented on Huascar Ynoa, Braves look for another win over the Rockies from Talking Chop, Sep 3, 2021, 4:06pm EDT

Kyle Wright pitched against a good lineup that includes Plummer, Gorman and Yepez (former Brave!). Those 3 alone reached base 10 times though not all against Wright.

And Waddell too, right?

Someone get his locker away from Will Smith.