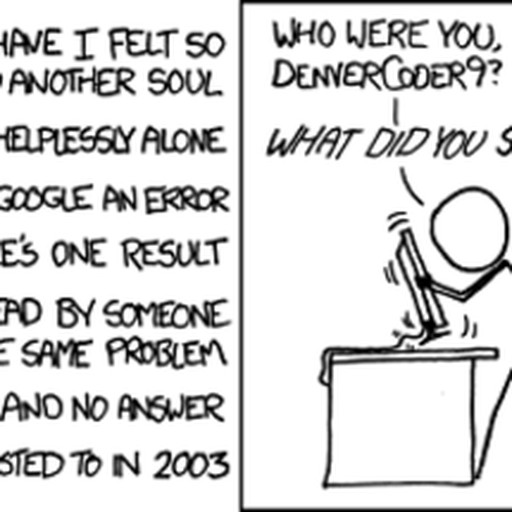 Sure, just like our perception of strikezones or ball effects when modifing density or seams or moving walls around like a jig saw puzzle

Just one of these takes a lot of drugs to get s feel for and the other is baseball.

The problem is there's no such thing as an "objective truth"! Everything is subjective!

You clearly know more about the demographic breakdown than I do.

I pretty much doubt those generalities are actually true.

Yeah, if they do mandatory roster management so you're at a level for a year or so (I think we had an ATS in-between squad that could go back and forth)

Then my idea would be that the MLB club keep a few apartments furnitured so that the squad that will spend most of their AAAA time in MLB in any given year have a nice pad.

And the AAA-heavy side would have their apartment in Memphis and the hotel/dorm in Stl.

So your system wants as many people to come into High A as possible and if you can't do your magic within a year to get them to jump to AA, they probably arent MLB quality anyways.

You seem very focused on A ball and MLB and not at all on the in-between. Thats interesting.

It’s plenty easy to follow a player between two towns over 3-4 years and thats value added.

From my experience, you need at least 1 year to get comfortable in a new locale. If the expectation is the player will be gone before comfortable. Why try to connect?

One of those stops had to have 2 years, no? Plenty of players have to have played somewhere 2 years.

By condensing the minors, you should have more variance of quality of competition per league so staying in one for longer shouldnt be as big of a deal, not to mention ATS.

If the fanbases can travel between development environments, you basically have a gypsy caravan for the good ones and a fan club for the mid tier.

If I were the owners, I wouldn't do your plan MLB-wide at all

If particular owners want to do that, its a nice bells and whistles package. That’s not something that needs to be systemically enacted.

The idea is to expand the influence and attraction of the sport of baseball. If rent is $3k, thats not a minor league environment. That might be a AAAA perk though to bridge the MiLB structure to the massive jump to MLB min. Transitional housing at AAA and then one of the team apartments near the stadium in MLB.

GI Bill housing (and living) stipend for Stl was $1400 in 2013 (for me?). That assumes probably a $5-600 rent. You can go bigger on that and take out loans or work a second job (decreasing your ability to do your actual job…), but I think that a reasonable starting point is to use the GI Bill as a blueprint. (I wouldn’t use the way I did it as a general blueprint as it probably has a high failure rate).

The housing should need to be approved. I’d assume studio or 1 bedroom first apartment and then if you mesh with people in the org, consider upgrading while spreading the cost.

If MLB can create a consistent relationship with landlords, you’d think they could negotiate "less than 1 year contracts" that allow players to find those larger, nicer, shared environments during an initial probationary period.

Maybe something like the drafting team still has player rights for the extent of service time but the player is free to sign with anyone for x length contracts.

But the team gets right of first refusal on any signed contracts, compensation tied to size of contract, and right of call-up tied to contract size multiplied against an arbitrated (performance growth – expected performance growth/league average or something).

This could have the effect of getting players in systems that maximize their potential while allowing players to get a feel for the league more broadly.

Getting close to free agency might get more exciting but problematic because players might have a broader feel for the league heading in, making those conversations more fluid.

The point is I dont think we should punish teams for being frugally successful necessarily.

I think we should incentive teams to invest in their product. If the team is at least investing, I can understand generational incompetence. If they’re just sucking the league dry, might be time to amputate.

With redistributed funds being tied to metrics like wins, attendance per capita, viewership, etc.

If teams are overperforming expected draw for their metropolitan area then they’re doing well for the league and should get more redistributed funds. Likewise, if they’re below the low threshold and underperforming, then they should get less.

If they’re underperforming and not investing in the on-the field product, regardless of market size, they should get 0 redistributed funds. Make them sell or give a shit.

And makes the minor leagues more exciting to follow than just "well that guy is the only one the team cares about and he'll be gone within 5 months of being here."

Yeah, but the guy who spends 5-6 years in the minors and has ties to the communities he went through and then gets a cup of coffee and has a big september

Probably brings a lot of fan excitement with him. And hey, maybe he fits in as an overachieving 8 hole bat with some clutch moments to supplement an MV3 stars and scrubs line up.

Thats some great narrative and excitment to augment a different type of team than most mid-tier teams expect to build.

They should specifically *not* build dorm like complexes for everyone

It should be a blanket housing stipend with a residence inspection of the premises. That way the player can choose where and with whom he wants to stay and the local community gets a potential boost and tie-in to the team.

Do the dorm players have a year round stipend to stay in a dorm? Do they get a housing credit for the "offseason"? Doesnt that actually effect (I saw you thp with the peoria comment) the seasonal employee vibe in a lot of players and decrease fan connection with the players? Players that stay in the minor league city in the offseason might already have a local routine and support system that encourages them to hit the Cardinal facilities in the offseason. You don’t work on your swing, you ain’t hittin’ no homeruns.

I bet the guys that take a while longer in the minors would benefit massively from this type of structure.

It would take skilled management of the minors and roster movement rules (that we’ve discussed), but a transitional dorm (and for players that want to shell out for the cocoon) paired with housing stipends seems optimal if youre trying to develop a minor league product that encourages system-wide fan participation.

Upstream I started the conversation a bit, but

If you tie the minimum to the QO to revenue, but as percentage ranges, you could year2year2year adjust developmental compensation. This would be especially useful to smooth a shift such as in CBA 2022, but also later we could establish a negotiating range that is set for the term of a CBA cycle.

You mean the millenials...

If the QO is tied to revenue and the minimum, perhaps we get the best of both worlds where theres this feedback loop that paints a picture of whats going on between the product on the field and the player income.

FA decisions will show out whats going on in a demonstrative way. The problem is that still requires some showing of "the books". The advantage being that we can explicitly say we don’t need to see everything because there’s this looseness between the develoomental cycle and the free agency cycle, with development being tied to core revenue interest and free agency being about contention.

And then future CBA’s the exaxt percentage can be negotiated as thr system’s refined.

Sources say there are mixed feelings on the subject

Soul for a soul: Decarcerated Bob

Moral of the story being more trades with the Angels than the Athletics?

But then you have Holliday.

We know that the differential of number of at bats is going to be negligible but that sequencing is intangible.

Should we trust the nerds or the people who play thousands of games on the intangible part?

DaWizzard's comment on Shildt, Out of Luck from Viva El Birdos,