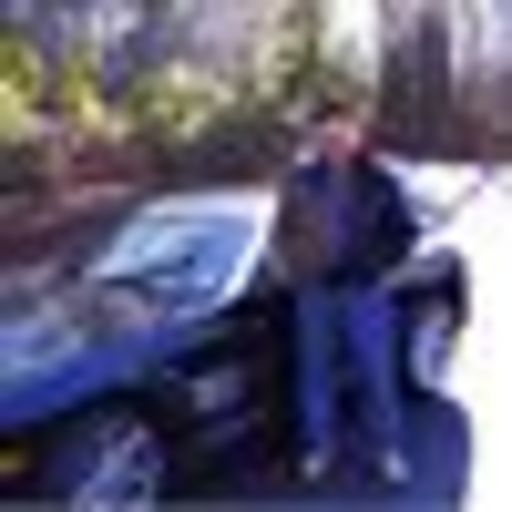 Moving the mound back was an excellent idea, but the distance chosen defeated the purpose and was absurd.

The distance from pitching rubber to home plate was established during the 1880s. Since then, the average pitcher has grown about 3-4 inches taller and via more sophisticated training techniques, the average speed of a pitch has undoubtedly increased to some extent. Had the mound been pushed back somewhere between 3 and 5 inches, I believe that the results would have had more validity. Resultingly, more balls would have been put into play, there would be fewer dead spots per inning as batter after batter strikes out. The game would return to its more interesting period of several years ago. Does not this simply seem logical? Something must be done about the preponderance of strikeouts in today’s game. Should not this help to eliminate the problem, further distance could be introduced in another year or so.

Our new participant from Arizona must also consider the Marlin options in seeking such a valuable acquisition.

The orioles and pirates also have players who might be even more desirable than Marte. What remains so be seen is what each of these teams would require in a package of Marlin prospects. Whatever the cost, it is my opinion that we damn sure better get one of them. To date, this has been a marvelous off season and settling for a lesser talent would put a damper on all that has transpired, again in my opinion.

commented on A Unique Twist on a Possible Ketel Marte Blockbuster from Fish Stripes, Jan 11, 2022, 11:18am EST

Alex, your positions are logical and even fair in your assessment. The problem is that you naturally cannot see it from the view of a Marlin fan.

Marte is indeed a more than worthwhile commodity. However, no matter how much the Marlin FO values his talent, there is absolutely no chance that the players that you covet would ever be moved, no matter the potential reward. If you peruse the Marlin list of prospects, you will see that there is no shortage of young SS present. Salas is only 18 and Nunez barely 21. Could not either, or even both be valuable to your organization along with other players of worth that the Marlins could furnish. Jose Devers, another short fielder, would be of immediate value and is barely in his early 20s. From that point on, there are any number of players who could fatten the pot so to speak. You have every right to expect to receive a substantial reward for his value, and I believe that the Marlins can furnish enough talent to make this trade a happening and even satisfying for both parties.

I'd make that trade as it stands, but would sub Sixto for Meyer if possible. Nonetheless, it elevates the marlins into contender status in my opinion.

Rational minds don't and shouldn't think so. But please point out those in charge of this player's union who think in terms of the good of the game.

And our so called Commissioner. If ever there was an insignificant supernumerary, we are currently experiencing the existence of such personage in all of his pathetic intransigence. Didn’t someone once say, "Who speaks for the people?" I wouldn’t mind hearing that again right about now!

Love to acquire marte and for 2B. Chisholm is the Marlin CF of the future and it's time for the FO to admit it and make the move this Spring.

But including Sanchez? Not a chance. The Marlins have many others besides him to sweeten the pot. I’m fine if it has to be Meyer, buy would rather move Sixto or even Hernandez and a bevy of other lesser lights. But in essence, I am in complete agreement with your premise that Marte would be a hell of a good acquisition.

What do you fellow posters think about these negotiations between these two groups of millionaires?

I think it stinks and would be delighted if baseball fans on a national basis promised to boycott games if this so called crisis delays the start of the season. We are the poor slobs who have to pay via increased ticket prices, or a further endurance to this endless stream of commercials. Come on fellows on both sides. How much is enough?

If the team remains competitive, can the marlins win with BA at 3B. Of course they can. End of story. It would be rediculous to trade him now at less than his value.

I'm going to propose a trade that will be controversial and probably provoke disagreement!

Dog, I always read everything that you post. and may I respectfully say that there isn't a damn thing wrong with that mind of yours!!!

My two cents about this walkout and the environment it helps to create.

As many of my fellow posters know, I’m a very old man. But an old man who has loved and closely. followed this game of ours for well over 70 years. I remember Joe DiMaggio becoming the first $100,000 player and Ted Williams soon following suit. Nearly, and possibly all players, needed second jobs in the off season. But now…stay up in the big time for more than one year and you are a millionaire! Surely ownership took advantage of all situations in the days of old. But now? A stoppage? And for what? More millions? I won’t even discuss who pays for those extra millions via increased ticket prices and even more commercial distractions, we all know the answer.
Right now our country, and the world in general, is in a crisis mode due to health considerations. Would it not benefit our wonderful game if the fans had something to discuss, speculate about, and act like the interested fans that we always had been? But no. These damn fools have their work stoppage and at the absolutely worst opportune time. Most of us find it futile to even try to think about baseball. In this old man’s opinion, these nitwits should cure their ills as soon as possible and by doing so, this wonderful game could look forward to further offseason interest during this crisis when there is so little else to do. This would show itself in greater attendance (that this stoppage will surely cause to suffer) in the upcoming year and therefore more gelt to fill the pockets of both the players and the owners. In essence, if there was ever a time to settle their differences, it is right now!

I'll go along with that assessment. Good move by the FO. Simply too much talent there for it not to be heard from. Guy's still a kid as well.