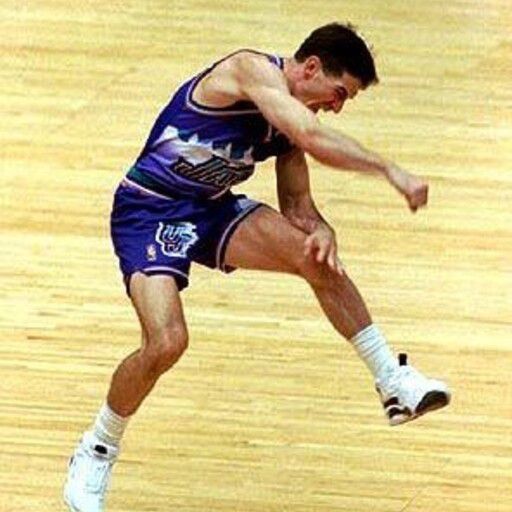 What if the Jazz landed Aaron Gordon and signed him to a $23M per season contract?

Because that’s what Denver just did. Holy smokes.

Of all the bullets we’ve ever dodged, that might be one of the biggest. We can quibble about whether Gordon would have magically gotten a lot better if he came to Utah’s system/roster, but I think we can all agree that there is no alternate timeline in which he’s worth almost $100M over four seasons.

His agent must be a god among men.

Is he willing to stick to his role at the potential expense of counting stats (always a concern in a contract year)? Can he be disciplined and system-oriented to open things up for others?

If his head is right and he has the maturity to be coached, learn from Rudy, and focus on the things that make our system run, he has all the tools to replicate most of what we get from Rudy while Gobert sits. That would be huge for us.

Have you ever seen The Point?

Nilsson’s best work. And narrated by Ringo so basically a Beatles crossover

And it won’t take much improvement for him to hit it as long as he doesn’t start slow, which he has tended to do.

After a relatively slow start through the first month or so of the season when he only scored 22 a night, from Feb 1 through his ankle injury (35 games), he averaged 28.3ppg, 4.6rbp, and 5.5apg. He came back still-hobbled and proceeded to put up 32.3/4.2/5.5 despite the bum leg in the playoffs.

As long as his shot selection and efficiency don’t regress, there’s no reason to think he won’t match or exceed those numbers. Whether it’s getting to the line more, finishing better at the rim, or taking better threes, his scoring numbers should improve. And as he becomes even more of a threat, his opportunities to find open teammates should increase as well.

I have high hopes for Mitch this year. Fingers crossed he stays healthy and comes out strong out of the gate.

As long as Gay buys into the system, he should have a Clarkson-esque efficiency improvement. Talented player who can improve his efficiency simply by taking what Quin’s offense gives him whenever he can. That should primarily be open threes and rolls to the basket.

Unfortunate. I thought she was the best of the broadcast bunch.

Haven’t heard yet on her replacement

I did a fan post on the schedule as well

The easy start is nice, but we pay the piper in 2022. Especially our last 15 games, 14 of which are against playoff contenders and including effectively an 8 game road trip including teams like Milwaukee, Brooklyn, Lakers, Warriors, and Clippers.

We’ll need to take advantage early and weather the storm late if we want to stay atop the west.

Last season we were on a 59-win pace. I think enough teams got better that we should expect to drop in the win column, but it’ll be interesting to see how well our own new additions work out.

Curious what others are predicting record-wise

SKMike's comment on Can Donovan Mitchell make a run at MVP this season? from SLC Dunk,

I put up a fan post on it earlier today

We have it super easy for the first 35 games or so and then it’s a gauntlet the rest of the way. Especially the last 14. Gonna get tested for sure headed into the post season

Mitchell is capable of the numbers

He would just need to deliver them from the start (which he’s struggled to do in recent years) and make sure it was actually helping Utah win.

He can easily average 28-30 a game if he shoots enough. Problem is we have a terrible record in games when he shoots high volume. Only other way he can really push his scoring without hurting the team is drawing Harden-esque FT volume, which I would hate to watch.

If he averaged 7+ assists and 5+ rebounds that would really rocket him up but I don’t know if our system really allows that kind of production from a single playmaker. Rubio couldn’t do it. Conley hasn’t been able to do it. We’re just too egalitarian.

If we were coming off a finals run or a chip then he wouldn’t need to "prove" himself so much in the counting stats because all eyes would be on him and the Jazz from the start. But as it is it would take something really really special for Mitchell to muscle his way into the convo