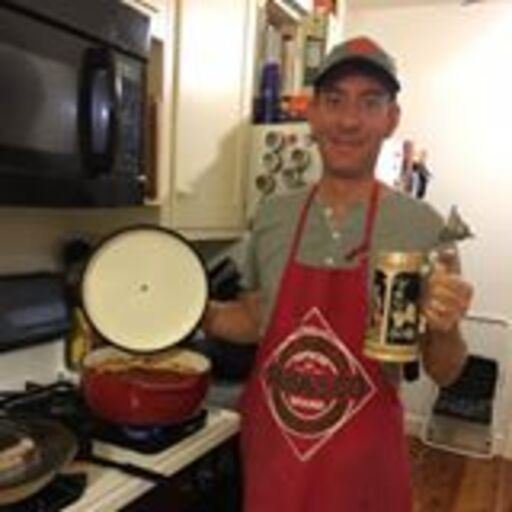 I grew up in Grand Rapids and attended MSU for Graduate school in the mid to late 90s. I currently live and work in Washington DC. When not at work I enjoy craft brewed beer, hiking in the Blue Ridge Mountains, sailing, stand up paddle boarding and photography. I'm a college basketball junkie with a borderline obsession with my favorite team - the MSU Spartans. I'm also a lifelong Detroit Tigers and Red Wings fan and recovering Lions fan (I'd have to pay for Sunday NFL ticket or find a bar that's showing the game to watch them regularly, and I ask you, have the Lions earned that level of commitment? Personally I think not).

He ran into Hall. That was a no call or charge.

Yeah WTF how was that not a foul?

That was a clean play by Hall

WI had an epic comeback against someone (IU I think)

Can’t relax against them. Would be nice to get something out of Brown down the stretch.

Looks like they're going to call it super tight this half

Walker 2 and 2. Seemed like Walker turned the corner there for awhile but he’s backslid the past few games.

Hall Bingham and Christie had nice halves. Only 2 from Brown. If we can get him going in the second half it would be nice.

Would be nice to get Gabe and Max going a little

I hope Hauser torches the nets vs. Wisconsin

They’re a much different team than last year but they don’t defend the 3 super well and kind of suck at shooting threes. So the way this one will probably play out the way things are going is we’ll shoot like 26% from three point range and they’ll hit 40% of theirs.

Hopefully he can get back to normal fairly soon

It sucks. He’s finally "there" – the player we were hoping he’d turn into – and then this setback. Hopefully it’s just temporary and he’ll be back to full strength soon.

He’s hitting 56% from three point range. He’s got 4 more made three pointers than Hauser on the season in 10 fewer attempts. I want Hauser, elite stretch 4 to happen as much as anyone but at some point it has to happen or we have to play Hall more.

commented on Michigan State Basketball Odds Update: Damage Report from The Only Colors, Jan 19, 2022, 10:24am EST

Not sure what explains the steep decline there as "defense travels" is a popular trope. Could be that Bingham has been out of sorts for a while now and he’s a real difference maker on D when he’s dialed in. It’s hard to say just that one guy is the total and complete answer though. Another partial explanation is that between Louisville and the first NW game we seemed to have gotten the turnover issues sorted out but since then have been pretty awful at live ball turnovers and that maybe is leading to enough easy points for the other team to affect our defensive efficiency.

And the effort wrt rebounding has to get back to normal too for sure.

If we can get the turnovers under control and get the rebounding back on track we are a really good team. Do neither of those and we’re not so good.

I get how that might get it done against us

Just, they’re playing other teams that are good at making shots and not so atrocious at turning it over. And they’re beating a lot of those teams too. But yes, turning it over is pretty much the most damaging way to end a possession and we excel at it. It seemed to be getting better for a few games there and then we backslid in a major way.

They are solid defensively but they really suck at making shots. They’re great at hanging onto the ball – their turnover rate is best in the nation. Ours…is not. Other than that they are not spectacularly good at anything and are mediocre at a lot of stuff. They aren’t good at turning teams over but we don’t seem to care how good teams are at turning other teams over, we just give them the ball early and often anyway.

The loss definitely was a team effort. All the turnovers, losing the rebounding battle pretty decisively, 3 point shooting was not great

and we came up short on most of the hustle and effort plays. Hauser is an OK player for what he is. He’s not what we were sold but it’s not his fault he can’t guard the 5 spot against teams with decent size. He’s being asked to do something he can’t do. The issue is asking him to do those things when there’s ample evidence he can’t. That decision was baffling. Like I said in the game thread I don’t mind trying it but after a couple of possessions when it’s obviously not working, don’t stick with it for another 6 minutes. Bring in Bingham, bring in Marble, bring in Sissoko…anything to stop the bleeding. It wasn’t the only reason we lost the game but it was an obvious one and something the coaches could have done something about and maybe we get the win.

commented on Notes & Quotes: Michigan State’s Tom Izzo says “This is no surprise, we have been living on borrowed time” from The Only Colors, Jan 16, 2022, 7:12pm EST

Hall is shooting better than 50% from three point range

We got a guy who has been shooting a super high percentage a wide open look. Unfortunately the shot didn’t fall, but that’s the problem with playing so shitty you need to hit a last second shot to win. Sometimes they don’t fall. We lost the game when Izzo decided to watch Hauser get repeatedly pwned for 6 straight minutes rather than bring someone who could cover the NW guy in.

commented on Michigan State men’s basketball suffers first Big Ten loss of the 2021-2022 season against Northwestern from The Only Colors, Jan 15, 2022, 7:53pm EST

Sometimes a team flirting with disaster, but continuing to pull out wins, has to actually lose before they believe they can actually lose. So hopefully this will spark a sense of renewed urgency. Or it won’t and we’ll get crushed by some of these teams coming up. Might at some point get crushed by one of them anyway. Some of them are really good.

Yeah I don't know why he's so gun shy but we need him to shoot those to keep the D honest.

I get why Hoggard doesn’t shoot them, his shot’s not that good. But why Walker won’t take them is a mystery.

Yup. I don't mind trying Hauser for a couple possessions when Marble picked up #3

But when it is obviously not working you don’t stick with it for another 5 minutes. You switch to something else. Bring in Bingham or Sissoko. Do something that hasn’t proven to be an epic fail. Then as soon as you can given the foul situation, bring Marble back in. Don’t keep trying what is proven can’t work and keep hoping it can.

stormhawk27's comment on Men’s Basketball: Northwestern at No. 9/10 Michigan State Game Thread from The Only Colors,

We sucked, and when I say we, it definitely includes the coach.

That was exactly what they wanted to get though.

That was not the best idea by Marble there.

And then I think 0 for the rest of the way.

Didn’t score another point once Marble came in to guard him. Unless he hit a FT maybe.

We had a lot of guys not play well but that decision is on Izzo and certainly is a primary reason we're losing.

Like I said I can’t blame Hauser because he’s being asked to cover a guy he can’t cover. We got guys who can cover that position so go to one of them.

Who didn't see that coming with Hauser in there?

I can’t really blame Hauser…he’s being asked to do something he’s not capable of doing, repeatedly.

This was supposed to be a reply to where's Marble? Something went wrong.