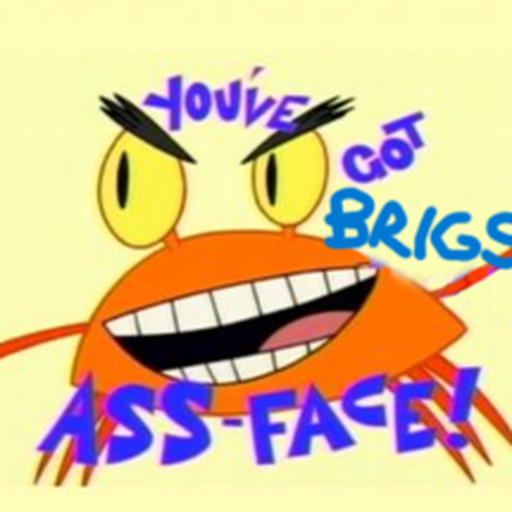 There is no brigstew, only Z!

Should the Toronto Maple Leafs sign undrafted prospects to ELCs?

Weekend FTB: How do the Leafs rookies look?

NotARealOne's comment on 2021 Top 25 Under 25: Mitch Marner needs a change at #2 from Pension Plan Puppets,

Our commenters have spoken, and it’s time to give them what they want: More complaining about Marner.

So after doing very thorough investigation, I’ve compiled a list of complaints about who Marner is as a person.

1) His fashion. That’s all I need to say.
2) He looks obnoxiously young. Stop that! Look older and greyer and wrinklier already, damn you.
3) He drank wine while playing the video games that one time.
4) Not only does he not use the oxford comma, he also has a personal ban on the em dash and quite frankly to me that’s a crime against humanity and he should be tried for it.
5) When he parks his car he makes the passenger side too close to the line, so he has more room to get out for himself but leaves no room for passengers or the driver side of the car next to him.
6) He spams his family and friends with links to those "what 90’s movie/TV franchise character are YOU?" quizzes and I’m tired of having my identity stolen.
7) He writes ludicrously long comments filled with strawmen arguments made in complete bad faith to be unnecessarily mean to someone for having a particular opinion he doesn’t agree with.
8) He played for the London Knights. If feel like that gets glossed over entirely too much. Ew.
9) When he orders coffee, which is gross enough, he fills it with so much milk and sugar that what’s even the point of the coffee!
10) When he throws out a used bandaid he doesn’t ball it up so it always gets stuck to the top of the garbage bin.
11) He unironically likes Nickelback.
12) He makes fun of people who unironically like things that are just popular to hate on.
13) He only washes his hands after going poop, but not when he pees.
14) He borrows people’s pens then never gives them back
15) He keeps reacting to random things with that random "bwaahaaa" sound that Hank Hill makes, or "suck it Trebeck!" references. Literally just those. All the time. I don’t think he’s ever even watched an episode of King of the Hill.

Also has that Mark Hunter endorsement, who is a card carrying member of the Hockey Men Club!

Worth noting that of those players, only Rantanen was signed after Marner did. Maybe Kucherov too, but he is a much better player in points AND underlying metrics than Marner IIRC.

HardevLad's comment on 2021 Top 25 Under 25: Mitch Marner needs a change at #2 from Pension Plan Puppets,

This is an argument I made at the time of the signing, but as others have pointed out… his contract is what broke precedent. Many young stars of his position (wing) and production did not make near that much. Some of them are starting to, but like Panarin he was a lot older and did not have cost controlled RFA years bought out, where in theory the Leafs should have had him for less. I don’t really agree that his contract was just inflation, because it was such a BIG jump compared to players with a similar profile of age and talent.

Maybe not Engvall, though?

I thought there were rumours that he really wanted to come over to NA sooner rather than later. Some time on the Marlies may not go amiss for him, if I’m honest.

This is somehow colder and hotter at the same time

I get where you’re coming from, but I think maybe you’re not understanding what Scott means, or the degree to which he thinks something is an issue.

So I think he pretty much is saying that Liljegren is not a speedster in terms of north-south speed, and this is why. And if there’s an area of his that could use the most improving that would help him transition to the NHL easier, it would be to work on improving that flaw as much as possible. Would it hold him back from the NHL? Sort of, I guess? In that it is a particular skill that would help him more out of all the other areas of his game, I suppose. Because while he has plenty of good skills and tools, the biggest issue I’ve seen from him in the NHL is that he can’t play at and respond to the pace in the NHL the same way he does in the AHL. Skating is a big part of that, but so is his ability to mentally see and process the game, which isn’t really something you can develop like you can with skating.

So that’s where I disagree with you. I don’t think for one second that Scott thinks that Liljegren isn’t an effective skater. It’s one particular area of his skating that he says could use improvement, and it does. It’s a bit ironic because I think you are overly nitpicking Scott’s assessments of Liljegren without taking his larger reporting on him as a player into account for context

If by recently, you mean his entire career in the NHL, then yes

In the sense that I find his issues with Liljegren’s stride kind of nit picky and they apply to several other players who he considers good skaters.

Well, it’s worth noting that Scott is a full-on scout. As such, he does look at mechanical elements of a player’s skating stride and he CAN nitpick small things that he thinks affects their overall skating ability — speed, lateral mobility, edges, etc. They can look at weight transfers, ankle flexion and other movement types that they know have the best biomechnical efficiency of a stride. So where we just look at a guy skating and can generally say they’re a good and/or fast skater (not always the same thing), Scott and scouts like him can look at the stride and tell you WHY they’re good or average or bad in specific areas. It’s these sorts of things that skating coaches can also do, and work to improve a guy’s mechanics so they can get more agile and/or faster and/or more explosive.

The one thing I remember him calling out early was that, when skating in a straight line without the puck, Liljegren had something like a "pitchfork" effect where he would move his upper body in a way like he was pitching a bale of hay. That is not the most efficient/effective way to use body movement to help your speed. IIRC Scott has remarked that he has improved that somewhat, but that is a specific area that hurts his straight line speed.

And it’s also worth saying that Scott is, generally speaking, probably right. Liljegren is not a speedster. He’s not Morgan Rielly or Cale Makar in that sense. He’s agile and mobile, but he is not a top tier skater by any means. Just a good one, maybe even a very good one overall, but I’m not a skating expert.

The issue for the Leafs is that they can’t really afford Rielly for much more than he’s making. The Parayko contract might be the absolute most the Leafs could do to make him fit, maybe not even then. And that’s before even considering if he would be worth even that much.

Of the top 15 comps? None of the top 6, and outside of them… maybe Mike Reilly, Alec Martinez, or Dylan DeMelo. That’s about it. Ian Cole I can’t remember was a guy who always had a better reputation than he deserved or was more like DeMelo where he was actually underratedly good.

I’m a bad example to answer this question, but I only had never heard of/don’t know Stanton lol

Yeah, whoever writes the profile means you will get most of their thoughts on the player, and some blurbs from voters who chose to contribute a little spiel about him. I still believe in Liljegren in some capacity, and he still has a bit of age on his side compared to Dermott, who I am not fully convinced at almost 25 is even that great of a third pairing defenseman in the NHL. So he’s more of a sure thing, yeah, but that’s actually what I hold against him and why he was outside my top 10 whereas I had Liljegren 6th.

I remember when that just referred to having a player return from injury around a trade deadline. Funny how its use grew to mean something that makes even less sense.

So what you’re saying is that Liljegren will be the next Erik Karlsson?