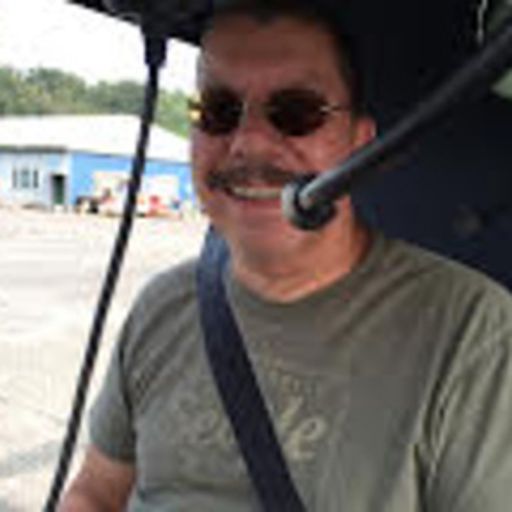 It's not just about the pass percentage though

so many of those passes were square or back. Very little went forward and I’m not sure I ever saw a line-breaking pass.

when you’re not happy, you lack spontaneity and fire in your work. It feels like Pulisic’s fire has been greatly diminished.

I would just point out

that in the vast majority of games, when one team has a moderate lead, you see a comeback. Same goes for football and any other sport. When you’re behind, you throw caution to the wind and start doing crazy stuff. Sometimes it works, sometimes it doesn’t. But no amount of defense stops crazy. I see the offense as being a much more important part of holding a lead. That and making free throws.

If they learn the trap in middle school

Then how come every team in the world still does it part of the time or the entire game? You seem to not want to give any credit to the other team for executing well. As if somehow good coaching is more important than good execution.

Two ways to beat a press

One is to simply move the ball faster and move both with and without the ball. The other is to dump balls long. We didn’t do either consistently. I’m a little concerned about our combination play right now. While there were some nice short combos, I just didn’t see the quick 7-10 pass combos that generally break down presses and leave the defense scrambling.

As insipid a half of soccer

As I’ve ever seen.

I think we should register a complaint.

He has a history of taking mid-college teams and taking it up a lvl. You’re saying that doesn’t mean he can turn a three star into a four? Petersen wasn’t Petersen until he got to Idaho.

That data is mostly BS

for accountants who know nothing about football? Just sayin’. You know what would be fun? Count up the number of graduating football players this year who came in at three stars and are likely now to be drafted. Conversely, the opposite. I can say with great confidence that UW had two four stars who performed well below Pac-12 lvls. The only thing those numbers really mean is that there’s a slightly better chance with 4-5* players to get a return on your investment. Chris Peterson spent an entire HC career proving those numbers don’t mean much at all. What matters is what you do with them in their most formative years.

Aside from that…. I’ll take brothers on any sports team, any time. They constantly push each other.

We all know he’s going to sign with us

But I really don’t think you’ll see Greg go into any match from here on out without his Swiss army knife, Christian Roldan. Don’t know what you like a couple of those guy in mid better than him (younger? more upside?), but Christian truly is still growing as a player and became a very dynamic player last year for the Sounders. Even more…. most coaches like to have one player who they can count on plugging in anywhere and still get results.

All that said, I thought you did a good job there.

Nothing on their captain?

Imagine my surprise when

My fav Sounders blogger/MLS writer showed up here (and, wow, Jeremiah….. I had no idea you were oversight for the entire SBNation…. nice!). Anyway, just wanted to say thanks, Jeremiah, for the comprehensive heads-up on this. Hopefully the new system will be a hit!

You do very well actually

It’s more an indictment on a media that apparently doesn’t think anyone but Dallas has an academy. No question, they are definitely the template for success, but a good number of MLS teams are beginning to see returns on their academies.

Seems the Sounders got zero mention

Despite having several regulars on the U20 team and one of the 3-4 best academies in the country. Oh well, guess they’ll have to settle for being freaking good.

it happens. Pretty much to nearly every team in the country at some point. You throw out the easy wins, the crazy losses, and everything in-between tells you how good the team actually is.

commented on Washington Embarrassed in Eugene from UW Dawg Pound, Jan 24, 2022, 8:35am EST

Well, it was somewhat of

a perfect confluence for him. All the pieces that were here just happened to be a terrific fit for his system. Still, fair point.

is for people to show less entrenchment in their view of Hopkins value and simply admit that while he isn’t as good as his first two years, he’s definitely not as bad as the last two. He brought this team together at a time when things could have taken an even darker turn. Even if you can’t admit that he’s coached them to this level of cohesion, you have to admit he at least had the brains to stand aside and facilitate their growth.

I don’t love Hopkins and I’m definitely one of those who has no problem spending someone else’s money—I think the UW should go out and hire the best coach in the country at four times their salary (because if he turns it down, we know he’s a dimwit). But Hop is a good guy and he does appear to have learned some lessons. He didn’t deserve the early accolades, but he definitely doesn’t deserve to be treated like a pariah.

ballardiana's comment on Albert Rusnák seems to be a near perfect fit for Sounders from Sounder At Heart,

Sort of. I am tampering my expectations a bit though, and only expecting 12g/14a…..

commented on Albert Rusnák seems to be a near perfect fit for Sounders from Sounder At Heart, Jan 17, 2022, 7:01pm EST

That headline is exactly why I’m nervous

Seems like far too often players who come in with this kind of fit end up falling short. Please no.

commented on Albert Rusnák seems to be a near perfect fit for Sounders from Sounder At Heart, Jan 17, 2022, 3:35pm EST

I think you know I love Roldan

and always enjoy your posts. I’m not sure Roldan is in any danger at this point to make the WC team. He’s that jack of all trades every team needs and Berhalter has clearly shown he trusts him as a sub.

If you’re simply saying that as a de facto back up at #6, he’s even more of a lock, I totally agree.

ivan.'s comment on Who should be on the January USMNT roster? from Stars and Stripes FC,

have come through with that limitation, only to subsequently become acceptable defenders. It’s hard to bow out when your teammates are all in.

Form is everything in soccer, imo

and we’d lost it both individually and as a team. Every season is filled with ebbs and flows, all affected by multiple situations (injury, conditions, schedule, etc.). Felt like the injuries early in the season burned out a few guys who had to pull an extra load through the season, injuries mid-season robbed some of their form through the end of the season, and, as a team, we just lost a little something. It’s why I don’t put a lot of stock into winning MLS Cup. Yes, it’s always nice. But to me, winning the SS is the goal, with MLS Cup being the cherry.

commented on Training Camp Notebook: The boys are back in town from Sounder At Heart, Jan 16, 2022, 8:34am EST

Realio's comment on Seattle Sounders vs. 2021: End-of-season player ratings, #11-#7 from Sounder At Heart,

Was nice to hear Rose's name at the PC

Always struck me as a high soccer IQ guy, so makes total sense he’d lean in this direction after retirement. Sounders really do keep these guys in the pipeline.

commented on Here’s what Sounders have been up to during offseason from Sounder At Heart, Jan 14, 2022, 10:05pm EST