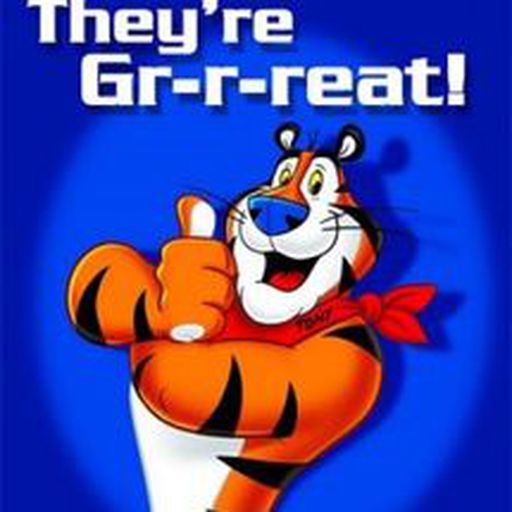 I've been a Tiger fan since Eisenhower was President!

One factor that can not be understated

is how the Tigers kept a starting rotation together despite losing the only two veteran starters that they had for the season. They got all three rookies to step up, plus plugged in Peralta and Alexander to give them key innings. And they put together a surprisingly deep bullpen, even though the anointed one had to be sent to the minors and earn his way back just to play a role.

Chalk the 2021 season up to sorting through the pile of AAAA players just to find a few good men going forward. And they found them and will discard several of the others who won’t quite make the cut. They’re in position to make a couple of moves that can really plug the holes offensively and defensively and take the next step. We’ll see how far the next CBA lowers the bar to qualify for the playoffs, but get ready to be a playoff contender in 2022.

One could easily point to the Tigers’ record vs the pythag formula and forecast that regression is in store, and maybe that is the case for some players. But there is also a strong reason to believe that Hinch is able to optimize the talent that they have on the roster and get the most out of them. Give him some real talent and see where it takes us.

Boyd is having flexor- tendon surgery

Here is the article. Maybe back in June, or later.

Turnbull is having TJ.

It's a very thin crop this year

for a team that is rebuilding and looking to add young talent, you would think there would be more that are worthy of protection, but the Tigers are actually ahead of the rule 5 schedule in promoting them so far. Kody Clemens is the only player I see that is probably going to be protected. Maybe Will Vest or Elvin Rodriguez, but maybe not.

I think they would also not hesitate to cut a Zach Short type if the spot was needed.

commented on Off Season Roster Calculations: How The Tigers Make Room For Some New Faces from Bless You Boys, Oct 18, 2021, 2:08pm EDT

If there is a way for him to stay with the organization, it’s not on the 40 man roster, where he will accrue service time and become a free agent after the 2022 season. But as long as he is in the organization, they could add him back to the roster before the end of the season and have him as a third time arbitration eligible player this time next year.

I think he is worth 7.5M if healthy, if only because that’s what starting pitchers cost. If you take all the SP’s with X number of innings- say 100, and rank them by WAR or ERA or FIP- whatever you like to value them, you will find Boyd’s name on the list in the middle tier, taking 15 SP’s per team using just the AL or 30 for both leagues.

You could go the cheap route, and sign a Teheran, a Peralta, Hutchison, a Urena, and a bunch of struggling pitchers to minor league or cheap major league deals and maybe you get one to pan out for you. But those are moves that should be made in addition to having a full, healthy MLB rotation, then when- not if- you lose some of your bona fides, those other guys get a shot.

Greiner has one more option

He had 2 starting the season, and burned one of them in 2021.
I’ll have to go back and see about that.

I would keep Victor Reyes

The Tigers should let Cameron complete his tryout, but I’m betting the under on him making it, and he certainly should not be included in any discussion of not getting a bona fide major leaguer to start in the OF. Derek Hill might make it, as he has shown a good idea of the strike zone and adds super plus defense.

Reyes would be kept if he was still making minimum salary, and a raise to $ 1.3 million is not a reason for a team to let him go, unless they’re just being cheap AF.

I may begrudgingly hang onto hackin Harold, but I’d keep Paredes on the roster way ahead of him. That’s the other guy who didn’t really finish his tryout due to injuries.

Niko would be gone in my book. 75 wRC+ doesn’t cut it in the majors especially for a player who bobbles more balls than a circus juggler.

No discussion here about Boyd. He’s a goner unless he works out a multi year deal to stay. If he’s on the 40 man roster, the Tigers aren’t going to pay him $ 7.3 M to miss the entire season and then walk as a free agent when he accrues the service time on the 60 day IL. The requirement is to offer 80% of his salary for this year, but that’s not a done deal. That just sets him on the road to arbitration when he declines it, and the Tigers aren’t going down that road. A healthy Boyd is worth that salary, IMO, but he brings no value on the IL. He might bring value after he’s recovered. Maybe.

$100 mil per season, but that was a couple years ago. Cord cutting cuts into cable profits but often the RSN is the one selling the streamed games so they don’t lose.

MLB continues to protect local revenues by making broadcasts exclusive but that model is failing as more providers refuse to pay fees for every cable or satellite customer even if many don’t want the sports channels.

commented on Tigers and Bally Sports in agreement on broadcast agreement extensions from Bless You Boys, Oct 14, 2021, 12:52pm EDT

The Tigers could still

have cut a deal for a part ownership interest in the RSN. Half of mlb teams have done that

The revenue as owner of the network is not included in the revenue sharing formula, so it’s an even more attractive option for teams

commented on Tigers and Bally Sports in agreement on broadcast agreement extensions from Bless You Boys, Oct 13, 2021, 6:22pm EDT

which is below average, therefore below a C, IMO.
The context is how a player ranks among other MLB players. At least that’s how I’d do it.

can have a perfect scorecard now.

and maybe Hill are the players who never really got a full tryout. I would expect them to continue trying out next season, but in reserve roles.
I’ve seen enough of Niko. Willi may hit MLB pitching, but not enough to hold a corner OF spot and you can’t hide his glove anywhere else. Give him a year in Toledo with his last option. I like the short bit we’ve seen of Hill, although his bat is below average, and I’d bet the under on Daz so far. Paredes can be the first utility guy next year and see how he does.
I think the average reserve player is probably a D grade, unless they’re on the Dodgers.

If C is average

then quite a few more of these Tigers have to get D’s. Harold, Miggy, Ramos, Daz, Willi….

There isn’t an A player on the Tigers’ roster, IMO. They lack the big stars that they featured in the past with Miggy in his prime, JD Martinez, etc.

There isn’t exactly a big roster crunch coming in November, so many of the players who may not be back on the MLB roster in April can be stashed on the 40 man at least until the spot is needed.

that we don’t see umpteen more pitching changes every game

in 154 dates.
Each team plays four double headers at home and four on the road.

I have no problem with the one game wild card

but the owners obviously want more revenue, so the playoffs will be expanded.

Makes sense for the club

but whether Boras would forego free agency at a discount is questionable.

commented on Matthew Boyd to have flexor tendon surgery, future in Detroit is uncertain from Bless You Boys, Sep 25, 2021, 6:35pm EDT

Matthew Boyd to have flexor tendon surgery, future in Detroit is uncertain

The MLBPA does very little for minor league players

When owners wanted to reduce the draft from 40 to 20 rounds? No problem
Limit signing bonuses? Go ahead
Cut 42 MiLB teams from affiliated ball? Not my members

One rare exception was in the 2016 agreement when the union was about to agree to an international draft, a bunch of latino players went to the negotiations and pitched a fit. So they agreed to limit signing bonuses for them too,

The Astros have agreed to provide housing for their minor league players. All teams should.
And they should be paid a fair wage. I wouldn’t hold my breath waiting for the MLBPA to step up for them.

Garko was at Tulsa

the same time as Chris Fetter. So there’s that, too.

Really solid effort from Cody there

According to the presser

he was responsible for integrating analytics in the clubhouse and dugout, and offensive game planning.