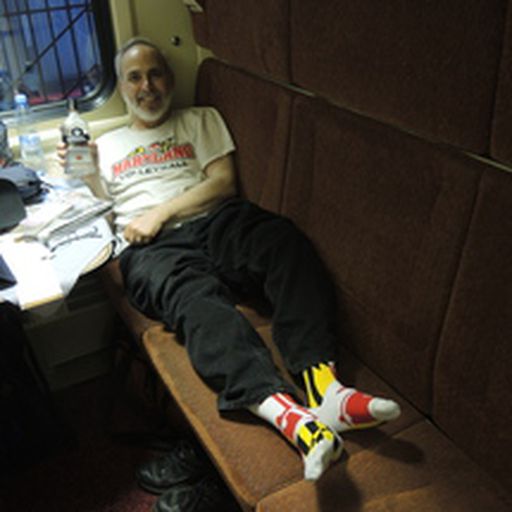 I guess that depends on how you define a "must win".

I think it pretty much was if MD has any hope of reaching 9 or 10 wins and getting an NCAA bid.

MD is 3-5 in conference with 12 games left. Had they lost they’d be 2-6 and this would be a poor RPI loss with MSU currently at 96 but likely to drop as they lose more through the season. Coupled with the loss to NW it would have negated the WI win and put them in a position of needing 10 meaning they’d have needed to finish 8-4 at worst. If that happens, it will shock the volleyball world. Beating a team they should beat, I think keeps the WI win in play and at least opens the door for getting in at 9-11.

The remaining schedule has 2 more or less certain road losses at HVS and NE and three reasonably winnable games (@SUNJ, @ IA, & @ NW) and one one that would be a significant upset @ IL. So, for me, best case scenario for road games is 4-2, reasonable is 3-3, and anything less than that probably kills the season.

Believe it or not, the home schedule is even tougher. The two games this week (SUNJ and the MSU rematch) are again, close to must win games. Win those and the Terps are 5-5. Halloween weekend is @ HVS, & @SUNJ. You have to come out of that weekend with at least a split to be 6-6.

Then it’s RPI 9 Purdue and MI rematch at home. That MI game is one of the two MD has a chance to "steal" and they’ll likely need at least one of those. That’s followed by four straight on the road (NE, IA, NW IL). As I noted above the road games at Iowa and NW are close to must wins and the other "stealable" game is @ IL. They’re currently 34 in RPI so a little lower than MI.

If MD can split Purdue/MI and the four road games, they will be at 9 wins heading into a final weekend against aOSU and MN hopefully not needing a win (though they still might depending on how things play out in other conferences) to get the NCAAT bid.

Oh, and I'm still trying to figure out this sentence:

A much needed win in a strange match

For most of the night, it looked like MSU took the Cobra Kai approach to the ball treating it like the enemy, showing no mercy, and just pounding the stuffing out of it at every chance. As Colin notes, they had more kills (13) than MD but they had 27 errors with only 11 coming on MD blocks. Toss in 14 service errors and only 5 aces and you have a losing formula. Franklin was special tonight but she’s been very effective against pretty much everyone except the very top teams in the league. From a volleyball standpoint, I’d take her in a heartbeat.

Dowler was better tonight and made much more judicious use of attacking the second ball. She still missed some sets particularly when she set either Sam or Nessie in the back row so that needs to tighten up.

Csire had a terrific bounce back night almost matching Franklin with 15 kills on .308 and 10 digs. (Franklin got her 20 kills on 13 more swings than Sam.) Paula came back to Earth a little but last night if Sam had been able to match the .105 Paula hit tonight, that match might have played out differently.

It was good to see Cara Lewis get some playing time for the second night in a row and once again be effective offensively.

As for Milan, she was okay. She started slowly (perhaps because of limited practice time) and was better as the match went on. Her serve receive wasn’t great with 3 errors and some less than ideal passes, However, her value isn’t always in the number of digs. In fact, in each of the two preceding matches Thomas had more digs than Gomillion had tonight. However, Milan gets to some balls – particularly second balls after a badly played first ball – that Kaylee doesn’t reach and sometime keeping the ball alive leads to a point.

The Terps have to continue this momentum in their two home matches this week to get to .500 in conference.

This win is important because I hope it will give MD some confidence on the road since they hadn’t won a set in their three previous road games and they have three (possibly 4) winnable road games left on the schedule. It continues to be about getting to 9 or 10.

I guess this (especially the last part)

another impressive kill by Paige Jones to steal the set right out of Maryland’s hands.

I utterly disagree with part of point one of the "three things". Dowler was not very good tonight. Yes, she had 3 kills but she also had 2 errors on her 6 attacks so she hit only .167 and it’s likely that the 6th ball led to an easy kill by MI). The setter taking the second ball over is high reward but high risk. If your setter is hitting.450 or better, she can probably have a green light. If she’s between .300 and .450, the light should be yellow and below .300 it should be right turn on red.

Regarding her setting, there’s a reason both Csire and Thompson hit negative and it isn’t all on them.

Even Paula and Rainelle were subpar in some areas tonight. Offensively, Nec was terrific with 9 kills and a .290 HP. However, she only had three digs (which is well below her average of 2.36 per set that she had entering the match) and she also had 3 serve receive errors an error level far above her average.

Rainelle hit .333 which is okay for a middle but not great. But her blocking was well below her season average as she finished with only 2 block assists in three sets – the same number as Cara Lewis had in the third set alone.

I'd be more inclined to call it frustrating than disappointing.

I thought MD was much the better team today in every aspect except finishing and goaltending. Glatz needed to equal her career high in saves to keep the Terps off the board. The fact that they needed a stroke to get the win is telling.

I just remembered the BK one is by Impossible

because it was called the Impossible Whopper. I think the main difference between the two is that one uses lentil protein and the other uses soy.

It should be "pull off another major upset."

A little more from that day’s practice: https://www.youtube.com/watch?v=MGGucKoKwOI

Well, I tried the one they have at BK when they first started marketing it

(I think that’s Beyond) and I thought it wasn’t anything special. To me, it mostly tasted grilled. Texture seemed okay but twice was enough for me. In fact, it was probably one too many. Other than what I might do when I travel to get a local flavor (e.g. kudu in South Africa, cuy in Peru, etc.) I haven’t knowingly eaten beef, pork, lamb, and the like for about 50 years.

I do agree with D8er, if you’re going to eat beef, eat grass fed (not grass finished) beef. It’ll definitely be leaner but it’s better for both the bovine and the planet.

cut out on this one at the half. The gulf between the teams was too wide.

While they've had a good WSOC program for awhile, I really never thought I'd see a day when

I see him around CP from time to time mostly either on campus or in Potomac Pizza and he’s always happy and willing to chat.

IMO the Brady one is the best of the three

A chat with Xavier Green: https://www.youtube.com/watch?v=WGHgWaeJHtY

And one with Matt Brady: https://www.youtube.com/watch?v=SvOVZMeswi4

I think MI is beatable

not an easy win but one that can be accomplished. Otherwise, I agree 100% that the Terps need to come out of this weekend with no worse than a split.

I didn't see the game

so I don’t know how many great saves Delaware’s goalie made but statistically, MD dominated this game:
Shots: 17-4 ( with a Bender shot hittingthe bar)
SOG: 8-0
Corner Kicks: 7-3

Thus, I don’t know how "vulnerable" MD looked against a weaker opponent. When your goalie plays 98 minutes without a save, it doesn’t feel terribly vulnerable to me.

It may be that Delaware’s early physical play (as described in the story) began to get to MD a bit because it was the one place where the teams were essentially equal with 23 fouls for DE and 22 for MD though DE did have a 5-1 yellow card advantage.

So this is kind of amazing

And we can hear from Qudus Wahab

ckstevenson's comment on Grading Maryland football’s positions after its loss to Ohio State from Testudo Times,

For the second this season, Hope Rose is the Big Ten Freshman of Week

She leads all freshmen in the Big Ten in scoring

For the second time this season

For the second time this season @rainellejones2 is your B1G Defensive Player of the Week!