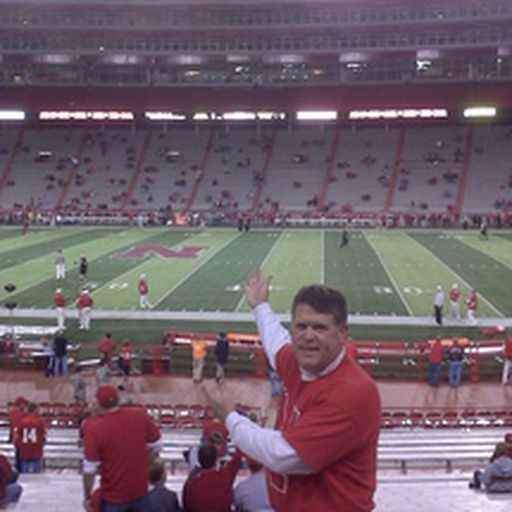 I'm anxious to see how ladies do against Purdue and Wisconsin.

Some good games coming up!

She has looked really good.

Some nights better than others.

I am enjoying John Baylor and Lauren West Cook.

So entertaining! Can’t get the video, but the way I am feeling after the football game, I need these two!

redvalley's comment on Nebraska Volleyball vs Illinois and Evening Thread from Corn Nation,

That's a positive for today!

I'd take Schiano in a heartbeat.

If Tennessee had hung with him, they’d be winning a lot of football games. Rutgers will continue to get better. Can you say that about Nebraska?

I guess my point here that I’ll repeat is that Nebraska has a bad football coach compared to the rest of the conference. Do you see him climbing up the rankings?

I don't like the guy, and was very skeptical when he was hired.

He has a creative offensive mind, but he is not leader. You must have that quality to be a head coach.

I’ll support the team from here on out, and I will cheer them on. Hell, I’m not going to let tickets for Purdue and Ohio State go to waste as I love to watch the game. But if my wife and kids want to do something else on a Saturday from here on out when the team is on the road, I can check the score on my phone. In essence, I’ll ride it out until a change is made. I cannot rally around Scott Frost because I don’t respect him. I’ve rallied around him up to this point because he was Nebraska’s coach. No more.

I don’t want him grabbing my daughter’s ass!

This guy isn't any good. He's trying too hard.

I don't think he can be a competent head coach.

Arrogance and stubbornness will prevent him from getting there.

The blackshirts can be blamed for a horrible start to the game.

That said, Minnesota schemed very well with their bye week.

My ranking of B1G coaches:

Our guy just doesn’t have it.

Husker Guy's comment on Nebraska Trails Minnesota 21-9 at the Half from Corn Nation,

bozz's comment on Nebraska Trails Minnesota 21-9 at the Half from Corn Nation,

I'm off the train.

There is significant potential on this team, but an incredible lack of discipline, focus, and mental approach to the game. Teams beat themselves because of these things. It is incredibly frustrating because teams like this never live up to their potential, making for a crazy ride for the fan base.

I am announcing that I am officially stepping off the Scott Frost train. He has had time to fix the problems that he has allowed to fester with his football team and he has shown that he can’t. He will make excuses for what happened today, say he doesn’t know what happened, once again announce that he feels bad for the players, give credit to the coaching staff of the other team just as he has since he was hired.

It is time to move on. It sucks to think about going through that again, but in my opinion, this is worse than watching the mess that Mike Riley created. This is an example of a coach squandering good talent and proving he is incapable of running a P5 program. Here we have a coach and staff that is very creative in their schemes, providing some excitement at times and giving us all hope, yet they ignore what a team must have to succeed. Discipline. Fundamentals. Focus. Mental toughness. Consistency.

I’ll stick with the team because they are my team, my school. I will cheer them on and hope for victories. I will not schedule my weekends around their games anymore. Yes, they have played better this year than last. But, they have played just as bad as they ever have.

Wish I had some pumpkin bars. I do have the beer though!

jenferlee82's comment on Nebraska Trails Minnesota 21-9 at the Half from Corn Nation,

I agree with you.

This was not a moral victory, nor was Michigan last week.

This team should be winning games. These are losses. Sad, sad losses.

Huzkerfan's comment on Nebraska Trails Minnesota 21-9 at the Half from Corn Nation,