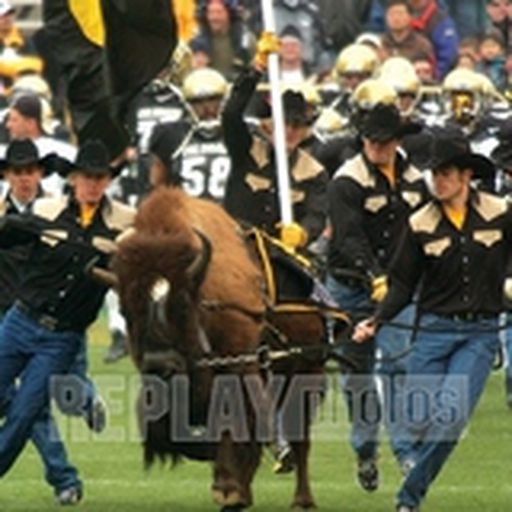 CU Alum '81, life-long Buff & college football fan, sometimes Bronco fan, have been going to games since I was 4 yrs old, bleed Black and Gold(I know official colors are silver & gold, but who wears that?), season ticket-holder along with one brother(a more pessimistic but still-loyal Buff fan), grew up in Littleton, now live in Lone Tree, former lawyer, current sales specialist at Toyota dealer in Centennial(& job-looking around), Prius-driving Republican, sit in Section 119 - the Heart of the Buffalo Fans - behind the CU bench, yell really loud at games, very supportive and mostly positive, with some humor thrown in from time to time. Hate Nebraska football, love their fans, hate University of Texas football almost as much since they cheap-shotted Klatt and ran up the score in '05, hate any team that wears red & wont tolerate red in section 119, hate Notre Dame, Miami, USC & other teams that get overrated because of past success, tired of hearing how great the SEC is and even more tired of half of their coaches whining when they don't get rated high enough. Disgusted with ESPN & other coastal-centered sports media who all but ignore the Rocky Mountain timezone to the detriment of CU, the Rockies(CarGo, Jimenez, Tulo), the Broncos(3 players in HOF?)etc. Revere Coaches Mac & Crowder, don't hate Neuheisel, respect Barnett, found Coach Hawkins to be a breath of fresh air when he arrived but now .... Like both he & Bohn as good, moral men and know they are trying to do what they think is best for the program, but don't think Hawkins will ever bring the Buffs back to the prominence their legacy deserves.