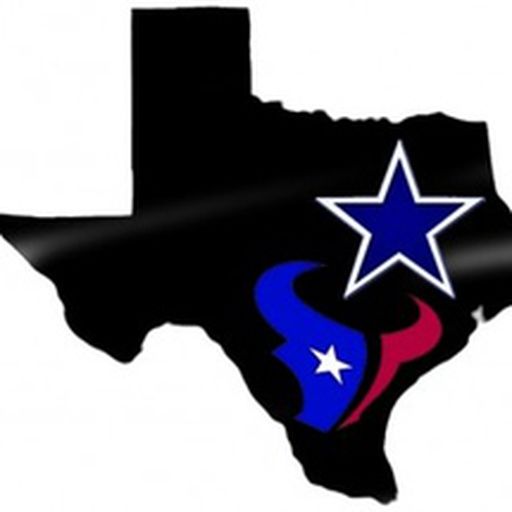 Right now, our window is open, so moves that keep that window open are worth it even if they might be an issue years and years from now.

We do know this: we have a stacked lineup, and most of the players are prime-age or younger. Brantley and Gurriel will eventually decline but they also play at positions that historically work well for older players. Even then, we have prospects that can probably replace them in time (I know we’re stacked in the outfield; I honestly don’t know for sure about 1B but I mean, is there a legit reason we haven’t taught Alvarez how to play first? Seems like he’d be a great fit there). We have young pitching that is more than good enough to maintain the competitiveness that our offense and defense on the field provide.

Also, I heard that our GM is a former Ray so he’s gonna be cheap. I disagree. Tampa Bay is a 100-win team that is about to relocate. Houston does not have that problem. We have STARS, and Correa is one of them. Most casual fans can’t name a single player on the Rays staff; most fans know Altuve, Correa, and Bregman. Baseball as a sport is struggling to keep people’s attention, and teams that can’t garner local support are facing tough times. Houston has total fan support because we have dynamic stars who love each other and love the city of Houston. We are relevant because we have one of the greatest offensive dynasties in league history.

We’re really talking about messing that up because Correa MAYBE won’t be valuable in 8 years when who knows how high the luxury tax will be? He will make more than enough WAR and jersey sales to be worth every penny of that 8/250 before the contract is halfway done. Stop being pessimistic and overthinking this.

commented on The Astros payroll can accommodate a Correa megacontract, even if it goes south from The Crawfish Boxes, Oct 15, 2021, 11:28am EDT

Based on our ability to get great performances from aging players like Brantley, Gurriel, Verlander, and Greinke

it’s best for the organization to lock Correa up until his knees give out and he can’t play SS, and then a couple years as the DH after that.

commented on Astros Pulverize Yet Another ALDS Opponent for the Fifth Straight Year. Down White Sox 10-1 from The Crawfish Boxes, Oct 12, 2021, 9:31pm EDT

1) Let’s just take a second and notice that the offense has decided to do the Monster Mash. The White Sox gave up the fewest runs of any team in the AL (according to Fox Sports), and we hit them for 31 runs in 4 games, effectively double their team ERA. Pitching isn’t horrible (and while I agreed with the consensus that Yimi Garcia came in at the wrong time, I’m glad he got a redemption game so that the 3-run home run isn’t the first thing on his mind heading to the ALCS). I’m praying that Lance is good to go for Game 3, but even if he isn’t, the hitters are hitting so if we have to put it in the hands of Framber, 3-Step, Urquidy, and Greinke (at home, not at Fenway lol), then I think we’ll be okay.

2) As far as Correa goes, I think given his history and connection to the city and the core players of the Astros franchise, he is more valuable to us than he is to any other team. His agent will field offers for sure, but I think it is a foregone conclusion that he re-signs with us. In fact, I can’t help but wonder if there’s a blessing in disguise that the Astros were scapegoated by the sign stealing thing because maybe there will be teams that flinch because "cOrrEa Is A chEatEr" and anything that helps us not have to pay him Mike Trout money will help in the long run.

commented on Astros Pulverize Yet Another ALDS Opponent for the Fifth Straight Year. Down White Sox 10-1 from The Crawfish Boxes, Oct 12, 2021, 9:28pm EDT

Seriously, it’s a shootout between two teams with questionable bullpens and one team has a couple good hitters whereas the other one has 8 legitimate hitters.

If this is time to panic, then you guys need to check your medications.

If you go to fivethirtyeight.com’s College Football Simulator and all you do is say that Texas A&M wins out for the rest of the regular season (I don’t think it considers the conference championship, but still), they would have the third-best odds of any team of making the playoff:

And, if Kentucky beats Georgia next week (which is certainly not as unlikely as the Aggies beating Alabama, especially since the Bulldogs continue to roll with their backup Quarterback) then Oklahoma and A&M have the best odds at 47 and 46% apiece.

At least according to the computers, we are still in this as long as we take care of business against the Royal Rumble that is the SEC West this season.

We don’t control our destiny the way we’d like to (and the way we would if we hadn’t lost to Arkansas or Clanga State) but this game feels even bigger than Florida and we turned that win into a streak where we didn’t lose again the rest of the way. If that happens, and it certainly can, we will be 10-2 and have a head-to-head tiebreaker over everyone in the SECW except two teams. It sounds improbable for Alabama, Arkansas, AND Mississippi State to all lose another game, but it sounds less unlikely than it did for A&M to get this win to begin with, and it’s already been an improbable year in college football (Since you know EVERYONE predicted that the top 4 would include Iowa and Cincinnati and that Clemson would be struggling to be a Top 25 team) so who knows? All we can ask for is a chance and that’s what we gave ourselves last night. Gig em, and BTHO mizzou

That kickoff return TD, in context, was one of the greatest plays in Aggie history

The offense was sputtering and Alabama had cut the lead to 7 on a big special teams play, an absolute gut punch that would have brought most teams to their knees and willing to accept that the Tide was too much and they did a good job just making them sweat a bit.

But, no. Hell no. We didn’t even give them one play. Devon Achane and this Aggie team collectively told the Death Star "the fuck you are" and put it back to a 2-touchdown game and Saban back on the defensive.

That was a "we are the kind of elite football program that can literally bend fate to our will" moment and I hope that was a turning point for our season and moving forward. The SEC West is not a done deal, and neither is settling for a weak bowl game. We play like this and we won’t lose again this season. Bama plays like they did, they might lose another game. If those two things happen, we can still win the division.

It’s not just that we won, it’s that we were the better team

We absolutely dominated the first half. And even though clearly Saban made some adjustments and closed the gap, but they were David and we were Goliath and that is crazy.

At half time, it looked possible, but for me the play of the game was bouncing back from a punt block touchdown and a "here it comes, Bama got this" feeling to THE VERY NEXT DAMN PLAY WE GET A KICKOFF TOUCHDOWN and suddenly it’s like "oh snap the Aggies are gonna do this!"

And yes, Calzada made a hero of himself today. You don’t even need to see the stats. Just know that he went from "we’re screwed if he’s the QB" to "OH NO HE MIGHT BE HURT WHAT ARE WE GONNA DO" in less than 60 minutes of game time.

It is far from over, guys

I know we didn’t play our best, but the defense is more than capable of leading the team to victory if the QB and OL improve, either because Calzada gets better or King comes back healthy and shows out, and the line will get better with time.

We are still where we were when the season started: beat Bama and go from there. Even if we ran the table aside from Bama, we would still be probably on the outside looking in of the playoff. Even with a loss, if we beat Bama, we are still in the driver’s seat to win the SEC West (unless you think Arkansas is for real and will lose one game at most in SEC play).

John Wall for Kyrie Irving: A win-win for both sides. No, really!

A&M needs to shine in the national spotlight.

Everyone will be watching to see if there is reason to believe A&M can stop the Alabama train and give the SEC West race some entertainment. Colorado was a mulligan due to the Qb injury, and both cupcakes went as cupcakes do. But this is SEC (albeit a middle-of-the-pack SEC team which is still good enough to be ranked) and this is JerryWorld and this is the "SEC Game of the Century of the Week". If we futz it up here, everyone will assume that it’ll be another 52-28 on the 9th even with how vulnerable Alabama looked last week.

But if we deflate Arkansas’ hype the way they deflated Texas’, then people will start to believe (and at least rank us higher than Iowa and the worst Clemson team in years for Heaven’s sake).

Jimbo gets to earn his reputation as a Top 6 coach

Calzada isn’t gonna compete for the Heisman but he has the talent to be the QB of a title team if he’s coached up and the playcalling plays to his strengths.

If Wydermyer has checked out, a good leader can check him back in. Maybe he was just waiting for SEC play and didn’t want to risk an injury against the warm-up opponents. Either way, if Jimbo is the coach we want him to be, Jalen will be back this week.

As the article implied, the talent on the O-Line is championship-caliber but the right combination has to be found quickly so they can grow into a dominant hydra like last year.

Arkansas is SEC, yes, and they’re ranked, yes, but they are still only around sixth-highest-ranked of SEC teams and, while beating Texas was beautiful, we should know better than to anoint the Razorbacks just because they were this year’s proof that Texas ain’t back. We are the more talented team, and we have the better coach. They’re good, but we’re better, and I hope Jimbo can dial in a big win that reminds people that while the hype in Austin is constant, the hype in College Station is real.

Off the playoff roster, but he ate September innings that we needed him to, and he keeps his dignity because his struggles were because he was playing hurt rather than being washed.