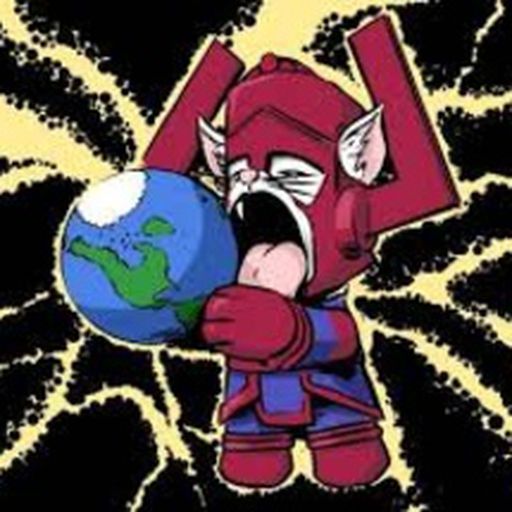 For me, it's the moving of the goalposts, because most of the other grievances kind of get rolled up into that.

Hiring LaRussa? No problem, he already knows the job and won’t need time to get acclimated to it! Until he does, but then, hey, they won 93 games, which is basically the same winning percentage as last season! Progress!

No backup catcher? Oh, come now, we have Grandal! How much do you REALLY need a good backup catcher! I mean, them having to use Collins all those times with Grandal on the IL, nobody could POSSIBLY see that coming.

I swear, the White Sox will have a $145 million payroll next season and crow about how that’s a club record while rolling out Zack Collins as backup catcher again, Micker Adolfo as the Opening Day right fielder, and sign Jose Urena as a swingman starter/reliever, and people will still defend a club that half-asses their way through the offseason while ignoring the writing on the wall.

This team needs to get better. In some positions in particular, quite a bit better. For a team that likes to cry poor, their financial position becomes more and more untenable every season they fall short. The window opened in 2020, IDGAF what anybody says. They COULD have trotted out a winning team that season, but they traded for Nomar Mazara to be their right field solution and trotted out Edwin Encarnacion well beyond the point of reason. They signed Dallas Keuchel (good) then just assumed Gio Gonzalez’s perpetually ravaged arm would magically last a full season and two internal options would sort out the last two rotation spots. Then they passed on any sort of in-season move to solve a problem everybody could see.

They have literally one option this offseason: spend money. There’s no excuses any more. It’s a full season, there are no COVID restrictions, attendance is up, ratings have skyrocketed, and they have a bit of extra income from the playoffs. Fuck you, Jerry, time to spend with the big boys or stop expecting every loyal fan to just keep kicking the can down the road with the rest of your organization.

Yeah, he was mercurial, to be sure.

In terms of talent I thought he was probably their best player. In terms of results, we’ll, pick a year, I guess.

Which begs the question

Why would they pick up an option on a player with the intent of paying him to play for another team? That’s just dead money to get…what in return, exactly? Like, hey, instead of spending $12 million on a decent free agent, let’s pay $10 million of Craig Kimbrel’s salary to get some mediocre player from another team making $2 million!

I know he dragged Carlos Lee for lack of effort.

I think the shamming stuff was quite overstated.

When he was on he was hustling hard. When he was off, it sure looked like he was shamming but he just didn’t have it.

It was just weird that he oscillated between borderline All-Star and one of the five worst players in the league from year to year.

Picking up Kimbrel's option, barring a trade, puts them at around $150 million in salary.

And that’s if they send Engel, Lopez, Hernandez, and Marshall packing and only use pre-arb minor league players to fill out their roster. I would like somebody to explain to me, assuming that is roughly what their 2022 salary limit is (and, holy shit, it better be higher given their situation), how investing nothing in over a third of the roster is worth keeping Kimbrel at that price, or risking getting saddled with him if a trade doesn’t materialize.

There are so many better uses for that $16 million it's ridiculous.

Like I said in the article, you could literally get two Ryan Tepera-caliber relievers for the cost of Kimbrel’s option.

I think Kimbrel would be lucky to get half that in free agency.

Look at what happened to Alex Colome after two outstanding seasons as the White Sox closer.

Somebody please explain to me

Why the Dodgers would trade a 26-year old outfielder who won the MVP two years ago and has two arbitration years of control remaining for Craig Kimbrel (and his contract) just because he had a bad season? And if he’s toast to the extent that the Dodgers want to jettison him, why would the White Sox target him in the first place?

Hope Boston keeps pouring it on.

He has generally stated that he will pitch where he is needed.

But I believe he has usually qualified it with closing games being his preference.

Buying him out will cost a little bit of dough.

Picking up his option will cost a crippling amount of dough.

The initial trade for Peavy turned out well. He was as ace-like as hoped for in the 2009 stretch run, but the entire rest of the team faded terribly, particularly Jermaine Dye, who went from near All-Star to out of the league in a half season. Once he got hurt, yeah, he was pretty mediocre, but when he finally moved past that he was a solid workhorse starter. At a minimum, the White Sox got a lot more out of that trade that the Padres did, even if neither team realized their end goal from it.

Something I did not previously realize, but will add here for the sake of completeness

Kimbrel had a rider in his contract based on Games Finished in 2020 and 2021. Because of the pandemic-shortened 2020 season, it basically would have been impossible for him to hit the goal of 110 Games Finished for the two seasons combined, but that’s assuming the terms of the contract were not pro-rated. If that were the case, then when he was traded to the White Sox, Kimbrel was probably well on the pace for both that and the 55 Games Finished necessary (along with staying healthy) in 2021 to AUTOMATICALLY guarantee his 2022 option. Also, if he finished 53 games in 2020 and 2021, his buyout would have increased by $1 million for EACH.

By switching Kimbrel to a setup role, the White Sox pretty much killed his chances of locking in that $16 million option (or doubling his buyout). Had he reached a pro-rated number of Games Finished, there might have been an interesting legal argument for the offseason. As it is, he might still argue he should get another $1 million added to his buyout based on the prorated number of Games Finished in 2020 (I’m not sure if that issue was already settled).

Bottom line is, Kimbrel can talk about his mental state being geared towards closing, but on closer inspection I can’t help but think it was just motivated by financial self-interest. And the truth is, had he been as good as the White Sox had been hoping, they would have happily picked up his option.

Yes, there were definitely red flags for Shields that the White Sox did not pick up on.

I'm not even going to entertain that trash argument.

Elite pitchers get paid to get hitters out. Period. If Kimbrel can’t get hitters out unless he gets the specific instance of pitching in the ninth inning with no inherited runners and a lead of three runs or less, then he can look elsewhere for somebody who values that at $16 million.

And once he got healthy from his lat tear he had a really good season.

I swear, if they try to get cute with right field again, just fuck this noise.

Especially not with the number of quality options available.

I knew he was gonna have a huge postseason moment!

And nobody is complaining about Tony going to Kopech.

Process over results, never mind Kopech had to pitch across three innings, which is not easy for any reliever to do, especially against a lineup like the Astros have. Regardless, Lynn’s track record against Houston suggests he probably isn’t a good option if he can be avoided.

baines03's comment on A Sea of Black Ushers in a Legendary Win, 12-6 from South Side Sox,

Right Size Wrong Shape's comment on A Sea of Black Ushers in a Legendary Win, 12-6 from South Side Sox,

He got smoked by Houston in the regular season.

And that was when he was healthy.

Lurker Laura's comment on A Sea of Black Ushers in a Legendary Win, 12-6 from South Side Sox,

The other team was accused of cheating

Live in the moment.