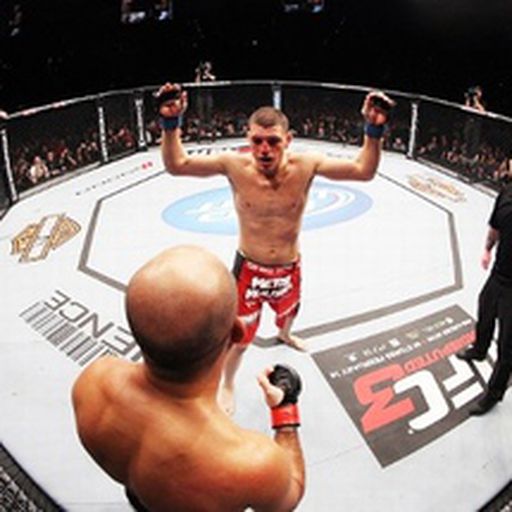 TO THE MODS: I lost access to my 2009 account "Unambig" and can't get back in. Do not ban me for having two accounts. I only have this one.

I'm a casual but nobody on that card is worth watching

That just shows the bookies are incompetent

Still handing out fines for weed?

luckycat22's comment on UFC 266: Joe Rogan had a chance to return for Diaz-Lawler rematch — went hunting instead from MMAmania.com,

I just didn't get the scoring

I couldn’t see how anyone scored it for Condit

People have shit memories though (in everything)

Jorge Masvidal is now known as a cream-your-shorts KO artist but at one point dude was duller than the water in a New Jersey turnpike ditch:

I'm ok with Edwards skipping Masvidal (although it's a good fight)

His 3 wins before that come against Donald Cerrone (155er and semi-retired), Jake Ellenberger (retired), and Ross Pearson (155er and retired or cut from UFC).

I’m not saying Masvidal isn’t a great fighter but he really doesn’t have anybody on the resume that warrants these constant top-5 fights he gets.

Leon Edwards has a similarly weak as shit resume, but at least he’s on a winning streak.

What!? Government employees are mandated to take it where I live.

Combate's comment on Howard Stern wants anti-vax ‘idiots’ like Joe Rogan to ‘stay home’ and ‘die’ with COVID from MMAmania.com,

Major B Oner's comment on Howard Stern wants anti-vax ‘idiots’ like Joe Rogan to ‘stay home’ and ‘die’ with COVID from MMAmania.com,

Plainview's comment on Howard Stern wants anti-vax ‘idiots’ like Joe Rogan to ‘stay home’ and ‘die’ with COVID from MMAmania.com,

steve007's comment on Howard Stern wants anti-vax ‘idiots’ like Joe Rogan to ‘stay home’ and ‘die’ with COVID from MMAmania.com,

No country--to my knowledge--has invited anyone to get a "booster" shot, except among the extremely clinically vulnerable population

All communicable disease experts have said the two-dose mRNA vaccines are working as intended thus far and do not yet require a booster shot.

Booster shots are being recommended among extremely clinically vulnerable patients who do not get as strong an immune response to any kind of vaccines (including COVID-19) because of their weakened immune system. This includes people with organ transplants, blood cancers, and autoimmune disease/deficient patients.

1. The current vaccines still provide strong protection against all known mutations of the coronavirus (Delta, Mu, Gamma, etc).
2. The virus doesn’t mutate as much among vaccinated people, but more strongly around the unvaccinated who circulate it more easily

Variants are expected. The best way to slow the emergence of new variants is to reduce the spread of infection by taking measures to protect yourself including getting a COVID-19 vaccine when available.

I guess the rhetorical question I'd ask you in return is: what fucking benefit is there to lying about it?

If a hospital says 95% of the ICU patients are unvaxxed COVidiots, what benefit/motive/reason would they have to lie about it?

Why would medical professionals waste their breath making shit up?

Which is more likely, that serious people with serious medical degrees who work in serious jobs are being truthful? Or a fuckwitted half-literate anonymous MMA troll is the gospel truth on what constitutes medically accurate reporting?

Literally and figuratively go and fuck yourself.

Despite being a rightwing lunatic most of the time you occasionally make sense, Taiter

Statistically, the vast majority of people who contract COVID-19 are unvaccinated, and those who end up with poor health outcomes are overwhelmingly unvaccinated.

Having a breakthrough case isn’t an indication the vaccine doesn’t work. It’s like the flu shot. It’s there to protect you from serious illness and hospitalization should you get the flu, but it doesn’t provide 100% immunity to the effects.

Major B Oner's comment on Howard Stern wants anti-vax ‘idiots’ like Joe Rogan to ‘stay home’ and ‘die’ with COVID from MMAmania.com,

Rogan comes off as a strong anti-vaxxer

But you’re right, we don’t know if he is or not. It seems unlikely because you don’t actually need to take all the garbage he took if you’re vaccinated.

Does it work for covid19?

First of all, ivermectin is used to treat parasites. COVID-19 is caused by a virus.

Some early studies appeared to show promise for its use as an anti-viral as well as an anti-parasitic — with hope that further study could prove it inhibits the growth of the novel coronavirus in human cells and improve patient outcomes.

Those results have not panned out in larger, higher quality studies, which have yet to prove whether ivermectin can slow or stop the novel coronavirus from growing in human cells.

I totally agree on this one

Don’t take the vaccine if you want, but stay home and die with your vitamins and organic detoxicants and don’t come to the hospital where normal people go for important surgeries and treatments.

You made your anti-vaxxing bed. Now lie in it and suffer.

BlackDog2015's comment on Howard Stern wants anti-vax ‘idiots’ like Joe Rogan to ‘stay home’ and ‘die’ with COVID from MMAmania.com,

Stop being such a coward and get the vaccine