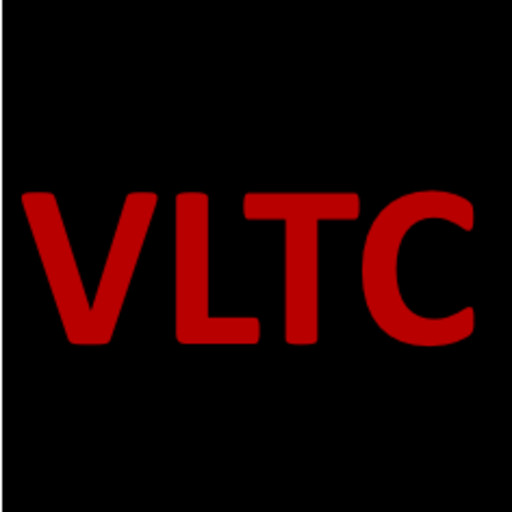 Sure, he probably has a baseball he throws

But throwing a ball and training as a full-time professional baseball player are two different things.

Song looked great. He still could be great again. And he could never play again. Until people see him pitching in games, he’s just not in the top-100 conversation. And even then, I’m saying it’ll probably take some time to get in that conversation given his age, low level, and rust.

I just wouldn’t project it and certainly don’t think he’s in the convo for todays list.

Yorke has been a fun revelation this season

While i wish he didn’t come with so many defensive/agility/speed question marks, the bat and development of in-game power can’t be ignored. I have no idea where he’ll end up defensively, but with that bat they will have no problem finding a spot.

It’s great that Duran continues to get such national attention, even if i’ve never been quite that high on him. Don’t get me wrong, I love Duran, but I never considered him a top-50 prospect.

You're extremely high on Groome

Which is cool, but he doesn’t sniff the top-100 in my book. It’s great he’s finally relatively healthy and having some levels of success, but he’s still got a lot to prove and his stuff no longer projects as a potential top arm. At this point, if he makes it, he seems like more of a back end rotation guy. But maybe he tries to get into better shape this winter and comes back strong in 2022.

Houck – I’m don’t think he’s eligible anymore, but i don’t remember BA’s cutoff off the top of my head.

Song – it’s nice to dream he’ll come back and come back strong, but it’s just a huge question mark and there’s no top status for him until people see him pitch and I really doubt he’ll come in blowing peoples doors off after 2+ years off. He’ll probably be 25 years old by the time he picks up a ball again, if he ever does professionally, having never pitched above A-.

I'm happy that people are so excited for a prospect

And i don’t want to come down as negative on Yorke, because i’m not! SP just boosted him all the way to #3 in the September update, which is hard to argue with.

But I also don’t want people to be disappointed when he has bumps in his development and/or takes longer than people are hoping. For one, his defense has a ways to go. His lack of athleticism could be a problem at 2B. I’m not predicting he’ll move off 2B, but it’s possible. He’s also super slow for a young guy. His base running and range are clearly going to be below average.

And people should also realize his offense at A+ Greenville is awesome, but filled with lots of luck and small sample size. His 3 hits yesterday were two infield dribblers and a bloop just beyond the second baseman. His K rate has spiked above 30% so far in Greenville. There’s definitely a correction coming, but that’s not a bad thing. I’m guessing his K rate slowly drops through the last month, but with less luck he regresses back towards a reasonable mean.

That all sounds negative, but in the end i might have him at #3 right now, too. He’s someone to get excited about. The fact that he’s finding successs at A+ at a young 19 in his first year of minor league ball is amazing.

commented on Red Sox Minor Lines: Nick Yorke with a three-hit night from Over the Monster, Sep 2, 2021, 3:41pm EDT

To be fair, we have 7/9th of our possibly would-be lineup without covid, plus Sale on the mound

This might be as good as it gets for a while.

commented on Red Sox at Rays lineups: Farce multipliers from Over the Monster, Sep 1, 2021, 5:47pm EDT

One shouldn't think about it as "wearing off"

A vaccine trains your body to fight a disease. The vaccinated are still trained. But coming along with the training exercise is a bunch of antibodies that are just pumping around in your blood. When the threat is gone, you stop actively producing so many antibodies, but your body still knows how.

This is all to say that the further away from the vaccine you are, the less ready your army is, but the army is still there. Just means you might get a slight beginning of an infection before your immune system steps in.

Nothing magically happens at 6 months, but you gradually have fewer ready antibodies as time goes on. Current data is pointing at 6 months being a decent rule of thumb for thinking about a booster shot to get active antibodies again.

That said, i'd put money on Patient-Zero of the clubhouse being non-vaxxed

Brings it in, sheds a lot of virus giving big viral loads on close contacts, including the vaccinated.

Vaccine is wonderful, but not 100%

Especially now with Delta and you add in some guys got their shot(s) ~6 months ago and their active antibody counts are low. Vaccine will still help them tremendously against serious infection, but they could still get infected and test positive if exposed to a large dose.

Anyway, that’s all to say that some of these guys probably are vaccinated. Kike claims to be.

Ooof, this could get out of hand quickly. Surprised they aren't postponing this game. 4 guys so far, still finding new ones.

Red Sox reliever Matt Barnes is headed onto the COVID IL, sources tell ESPN. He’s the fourth player in the last few days to join, alongside Kiké Hernandez, Christian Arroyo and Martin Perez. Boston’s depth will be tested over the next week or so as those on the IL recover.

Defense (and base running) is a real problem for the sox

Has been for a long time, but only becoming more obvious now.

commented on J.D. Martinez is doing the hard work for opposing pitchers from Over the Monster, Aug 26, 2021, 2:37pm EDT

How fast people turn on JD

He still has a 130 wRC+ on the year, which is probably about where i’d peg him at this point in his career.

I don’t expect him to opt out unless he has a huge September (and October?). Even with a big finish, it’s probably hard for him to beat the $19M for next year, but he could still engage FA for more total guaranteed money (e.g. 2/$30M or 3/$40).

Most likely, he’d just try to leverage a strong finish to try and get an extension from the Sox.

commented on J.D. Martinez is doing the hard work for opposing pitchers from Over the Monster, Aug 26, 2021, 2:34pm EDT

Stop playing him in the field

I’m not actually trying to say it’s the dominant factor in his slump. I’ve just never wanted to see him out there period.

commented on J.D. Martinez is doing the hard work for opposing pitchers from Over the Monster, Aug 26, 2021, 2:30pm EDT

He hadn’t walked in a month. Might as well get him some consistent ABs in the minors for a couple weeks and see if he can reset and be more helpful down the stretch. As it stood now, he was no help except as a pinch runner.

commented on Red Sox option Jarren Duran to make room for Tanner Houck from Over the Monster, Aug 24, 2021, 3:26pm EDT

I think Barnes will be ok

Today was partially bad luck. He got 3 ground balls and a K in the first 4 batters. Normally that’s plenty to be out of an inning. Instead, there was one out and the bases loaded before he gave up the one big hit (double).

He was clearly overworked until recently when they seem to have finally come to terms with that and backed off his usage. He looked great on Friday. I think if they continue to give him a little of a break in usage, he’ll be fine for the home stretch and any potential playoff run — if we can manage it.

I actually have far less faith in Ottavino. I just don’t think he’s a viable late inning option right now. I’d clearly put Whitlock and Taylor ahead of him, and maybe even consider other options in some spots before Ottavino.

That said, Whitlock is clearly our best pitcher in the pen. It’s been clear for some time. As opposed to Barnes, they’ve managed his usage and it’s potentially paying off now.

Never. He's always been there and always will be

If it's the Hall of Very Good, it's because of guys put in long ago, not because of great players like Helton

I think it’s the opposite. Most of these guys that get debated as borderline are actually middle of the pack compared to their positional class already in the HOF. Or in other words, they are BETTER than HALF of their peers in the hall. By definition, that means it’s harder to get in the hall now since you now have to be better-than-most-already-in-the-hall.

Of course, how people view stats, peak years, and longevity have changed. So that’s part of why there are so many "less impressive" players already in the hall.