Let's go to the rule book.

From the currently effective 2017 CBA between the NBA and the NBPA:

(ooo) "Season" or "NBA Season" means the period beginning on the first day of NBA training camp and ending immediately after the last game of the NBA Finals. [p. 10]

Now, apply the rule to the facts of the case, as far as you know them. And please let us know if you ever see anyone report that Sharpe graduated from high school before the 2022 NBA season began with the first day of NBA training camp on September 28.

I don’t see it. I’m going to need more than this to believe it. And the whole Kyle Tucker thing sounds like a bizarre conspiracy theory made up after the fact to make new sense of what we all read and thought we understood at the end of 2021. "Not wanting it out" means Shaedon lied through his teeth about his intentions to play college ball next season. No, I’m not buying that. I choose to believe he and Cal are better people than that.

Here's the same Jonathan Givony on November 18, from the Courier:

"Sharpe will satisfy the NBA’s age requirement for the 2022 draft, but since he did not graduate high school until after the 2021-22 season started, he still will not be eligible to be drafted until 2023, according to ESPN NBA draft analyst Jonathan Givony."

Now Givony is saying this: "Sharpe started the current school year at Dream City Christian in Phoenix, but he had sufficient credits to graduate high school prior to the start of the NBA season in October. He committed to the Kentucky Wildcats in September and then decided to arrive in Lexington early and enroll at the beginning of January."

Two things. (1) The NBA season began, by definition, on September 28, 2021, with the start of training camp. (2) Even if you ignore the definition, the first game was scheduled on October 19. And although Sharpe apparently had enough credits at that time to graduate, having enough credits isn’t the same as a graduation. The rule doesn’t say 19 and one NBA season removed from when you have enough credits to graduate. It appears that Sharpe didn’t graduate until December — for reasons that remain a mystery, I’ve never seen the date of graduation reported. But it’s the date of graduation you go by to determine draft eligibility.

And no one, up to this very second, is saying that Sharpe graduated before the start of the NBA season. That should make your spider-sense tingle.

Sounds like someone is really stretching the rules to get him to the league asap. I remain to be convinced. I saw plenty of occasions where a rule said one thing and the appellant or the government wanted it to say another. That never fared well in my decisions.

We didn't fare much better from the arc.

And our 2-point score was much worse than A&M’s (42.5 to 56.8). They had 8 more FG attempts and scored 5 more baskets. It was the FTs that saved us. We shot a decent percentage and had twice as many attempts. It was the only spot on the floor where we didn’t suck at scoring.

How is this guy still coaching?

I’m getting flashbacks to UNC. After some years go by, you start thinking nothing is ever going to happen.

Pearl's about a year and a half my junior.

This could have come from my high school yearbook.

commented on Bruce Pearl thinks this Kentucky team is as good as the Anthony Davis team from A Sea Of Blue, Jan 20, 2022, 1:43pm EST

Or in case he wins.

It works either way.

commented on Bruce Pearl thinks this Kentucky team is as good as the Anthony Davis team from A Sea Of Blue, Jan 20, 2022, 1:31pm EST

Averages tell you what happened in the past.

They don’t tell you what’s going to happen or what should happen. We understand this, don’t we? A team that’s shooting 37.4% on the season doesn’t shoot 37.4% every game. There’s always a distribution. Averages suck because they’re the coarsest smoothing of data possible. A&M’s season average will look back at tonight’s performance and incorporate it because that’s the only thing an average can do: look back. It’s the tail, and some probability-generating mechanism that spits out a player’s or team’s performance on a given night is the dog that wags it. The world is a more volatile and unpredictable place than an average will let you know. Unlikely things happen all the time, so much so, we shouldn’t be surprised. But we are because we give averages more credit than they deserve.

commented on Kentucky edges Texas A&M in College Station: 4 things to know and postgame banter from A Sea Of Blue, Jan 20, 2022, 6:07am EST

Don’t throw that in with the percentages from behind and inside the arc. No, scoring at the line was by far the most efficient scoring of the night, so it was a good thing that we shot twice as many FTs as A&M. It made all the difference.

Klugo's right about the FTs.

Kentucky shot poorly from two (42.5%) and from three (33.3% equivalent) but scored much more efficiently from the line (69.2%). That’s an apples-to-apples comparison. So it was fortunate that Kentucky shot twice as many FTs as A&M.

Kentucky outscored A&M by 13 at the line plus 9 from behind the arc. That’s a 22-point advantage. And it was enough to offset A&M’s advantage of 16 points from 2-point range. Kentucky had such a hard time getting good shots against A&M’s pressure, and A&M had no shortage of easy baskets. So the FTs made the difference.

Or you could look at it this way: Our FT advantage (13) didn’t quite offset their 2-point advantage (16), so those extra 9 points from deep made the difference. But I prefer the former because we shot FTs at a respectable percentage, so that’s where the credit goes. It was the only place on the floor where we didn’t suck scoring points.

I didn’t think our incandescent light bulbs needed coaching. Watts up with that?

Whew, I saw the headline and thought something terrible had happened.

"Firestorm" isn’t usually used in a positive sense. I feared some raging controversy had unfolded.

I like euphoria. That’s what we’re in this for. But I also understand that we have to temper expectations. What did Greenspan call it, as the dot-com bubble was beginning to heat up in the mid ‘90s? Irrational exuberance. It’s always best not to get too carried away on the upside or downside. You can’t take the last data point and extrapolate from that alone.

We’ll see what happens this week. And just as we shouldn’t get too carried away with our recent amazing play, we shouldn’t get too down if we end up losing one. I think we’ll fare better against A&M, who barely beat Missouri, than against Auburn, who appear to be as on fire as we are. THAT will be the test. Until the next test comes around.

I rather like Buzz, by the way. He’s rather amusing.

That's a good response to a dangling stat.

"So, tell us about this matchup."

"Well, the Aggies have yet to fall at home this season."

"They have yet to fall at home, and that means … what? Are you suggesting they can’t fall at home? That they won’t fall on Wednesday? That they’ve been playing nothing but cupcakes? You say ’don’t get me wrong,’ so please, tell us what your observation is supposed to mean."

We have an eye on you, mindless dangler of stats.

"Texas A&M has won eight in a row. They haven’t lost a game since December 11." 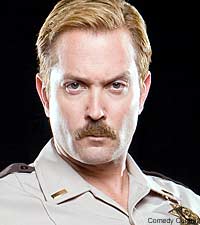 Klugo's comment on Kentucky vs. Texas A&M time, TV channel, online stream, odds and predictions from A Sea Of Blue,

Tomasito7's comment on Sunday Headlines: Remembering Joe B. Hall Edition from A Sea Of Blue,

tooblue's comment on Kentucky destroys Tennessee while honoring Joe B. Hall: 6 things to know and postgame cheers from A Sea Of Blue,

Apparently it's never a bad time to take a dig at Cal.

Or to mention, as our authors so often do, that Mintz was struggling with "confidence" issues. Why do we have to hang an albatross around people’s necks even after an amazing performance? Why can’t we just enjoy the moment? Maybe unload your personal baggage when the circumstances call for it, like when Kentucky loses a game because Cal decided to milk the clock way too early. But not after this. Not after what we just saw.

commented on Kentucky destroys Tennessee while honoring Joe B. Hall: 6 things to know and postgame cheers from A Sea Of Blue, Jan 16, 2022, 1:09pm EST

The aggregate mock draft from Friday has him going No. 12.

I don’t think yesterday’s performance hurt him any.

commented on Kentucky destroys Tennessee while honoring Joe B. Hall: 6 things to know and postgame cheers from A Sea Of Blue, Jan 16, 2022, 12:40pm EST

commented on Kentucky destroys Tennessee while honoring Joe B. Hall: 6 things to know and postgame cheers from A Sea Of Blue, Jan 16, 2022, 12:34pm EST

EasyCat's comment on Kentucky destroys Tennessee while honoring Joe B. Hall: 6 things to know and postgame cheers from A Sea Of Blue,

Georgia Cat's comment on First look at Shaedon Sharpe in his No. 21 jersey from A Sea Of Blue,

Okay, but where do the Cats stand in the rankings for 2023?

For most of the game, our offense was as smooth and efficient as I've seen this year.

They know what they’re doing, they’re doing it with confidence, and it’s working. Even in a strange gym. The starting five were moving the ball so well and at a fast pace and taking shots in rhythm. You can tell they’ve been working on passing the ball out of double teams.

And without Wheeler, we were still on a pace to score well over 80, until that extended trash time kicked in. So the offense is clicking. Teams are still getting too many looks from 3. Half of Vandy’s made FGs were from deep. And we need better help defense when the other team gets a step driving to the basket. But all in all I was impressed tonight. Looking forward to the next game.

commented on Kentucky rolls Vanderbilt: 4 things to know and postgame banter from A Sea Of Blue, Jan 12, 2022, 4:13am EST

Yeah, I caught that.

Thought it was nice. Brooks might have been saying good call on the out of bounds, which went against Kentucky.

commented on Kentucky rolls Vanderbilt: 4 things to know and postgame banter from A Sea Of Blue, Jan 12, 2022, 3:49am EST

GriffinRC's comment on Kentucky rolls Vanderbilt: 4 things to know and postgame banter from A Sea Of Blue,

Lots of talk about the floor

but I want to see how we do on the road against one of the nation’s best defenses. Didn’t work out last time. Hope we have more answers now.

commented on Kentucky vs. Vanderbilt game thread and pregame reading from A Sea Of Blue, Jan 11, 2022, 6:45pm EST

chirop1's comment on Kentucky vs. Vanderbilt game thread and pregame reading from A Sea Of Blue,

Purdue has the same stage.

Got this. No worries. Write it down.

But don’t take it for granted!