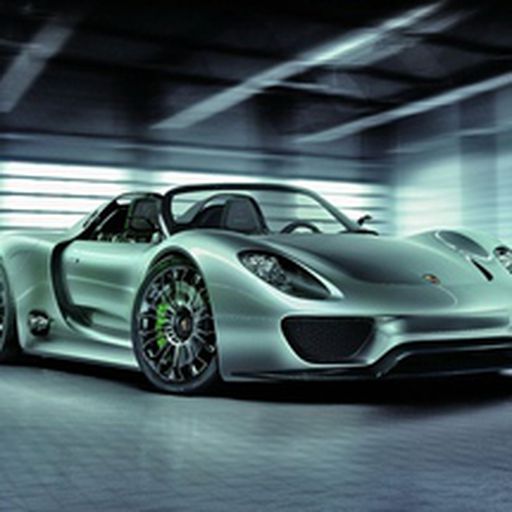 I think the wild card game

And the toll it extracts on the starting rotation is catching up with the Dodgers. The 5 game series against the Giants did not help either especially with them pitching Scherzer in the 5th game.

I think the entire post season run for the Dodgers will rest on Buehler going beyond 6 innings tomorrow. I know Urias is young, but having him start in game 4 could be an issue.

I think the window to trade

Marte and Kelly is gone. Kelly is decent, not great offensively and was pretty bad in the second half of the season. For example, Will Smith for the Dodgers is the same age, but his trade value is 118, while Kelly is at 18. Pavin Smith who is nothing special has a trade value of 13 and not playing a premium defensive postion.

Kelly is more important to us, and we are not going to get any great prospects in return.

Marte I think is worth more, but likely will be worth less if he ends up being a full time 2B. His value was playing CF and maybe SS. He has the potential to being an MVP type player, but there are many, many offensively great 2B in the league, and I would not pay a premium to get one.

Just like with Kelly, Marte has more value to the Dbacks than any prospects we could get in return. If his power outage is real, he is not worth anything. I know injures affected him this year, but he was ‘only’ worth 1.8 WAR and maybe it would not even be that high if he was not playing CF. I like his OPS+ though.

Not sure I understand that

Other than a walk off win to end a series (game 7 2001 WS against the Yankees), the winning team has to make the final out for the game to end, either the top of an inning if they are at home, or the bottom of the inning if they are on the road.

I was under the impression that he would get more than Goldy, but less than Rendon/Arenado primarily because of his age.

If he is willing to come here for the numbers you suggested, I think the Dbacks should consider him and give him an opt out in 2 years. If he has 2 good-great years, he can test the market again and we would have then gotten great value for those 2 years.

How much will Kris Bryant get in Free Agency?

No loss of draft pick

Heck only blemish is that he has not played catcher (yet)……

First for the Giants?

Now I am even more confused. For some reason I thought Parra was show boating in retaliation for a Dodger showboating (and I was blaming Puig).

Maybe we can get AzDbackfaninDC to do some research and get to the truth of the matter…lol….

You are right. but the Parra thing annoys me, because a few weeks prior, Puig hits a HR and stands around too long and admires it I don’t think Kershaw was yelling at Puig to stop admiring it and run around the bases. When Parra does it 2 weeks latter, Kershaw is yapping from the bench telling Parra to run the bases and not admire his home run, and threatens to bean him the next day, which he does, and gets tossed. If I recall, Kershaw hits 2 Dbacks that game before hitting Parra.

The bean ball incident (I think it was a pretty good scrap for baseball standards), was our fault, and in retrospect, bad, as Kennedy hit Grienke. I think it was pent up frustrations, building between the teams, but I think it was the team taking on Kirk Gibson’s persona (good or bad) in that it was a message sent that we would not get pushed around by the ‘bullies’ of the league.

Thinking about it, I am hoping that the next iteration of the Dbacks will be a hard nosed scrappy team. Excellent defense, extreme speed, and never say die attitude.

Oh it is more than that

It was Kershaw yapping at Parra after he hits a HR.
It was the bean ball incident at the Latrine
It is the Dodgers fans acting like they had won anything in the last 30+ years over the last 30 years
It goes on and on

LA Doyers = Biff from back to the future.

After they come to your ball park

Jump in the pool, pee in it and admit to doing so, yes, they are evil.

The Padres suffered from the same disease as the

Extreme expectations, trades made, but no one was ‘clutch’ when it was needed. Would have liked to have seen Scherzer on the Padres, but I bet the hang up was Trae Turner and that is why the Dodgers got them instead.

I think the Padres did not do enough (anything) at the trade deadline and that cost them momentum, and possibly even a playoff chance.

We can thank the ex Dodger for that big hit.

What is with these 3rd base coaches

Maybe not the best choice to send Judge. Great relay to the plate.

I understand post season baseball with a stacked bullpen, but Evoldi has been superb. Lets see if the decision backfires.

One of the historic franchises with a devoted fan base, that had remained loyal for decades despite never winning it. Never really succumbed to the NY approach to always buy the best players in baseball. For the most part have played the game the correct way, and have been great for TV drama as well.

I understand the dislike for the City because they have had unprecedented success over the last 20 years in all 4 major sports, and thus most of the nation is jealous of their success, but in what way has Boston been a contributor to the decline in baseball?

Because Cole was outstanding in Houston. Playing for the Yankees does not define a players ‘legacy’. Typical arrogant NY/LA perspective.

More than anything I am just happy that the $300 million dollar man could not even go 3 innings. Satisfying to see him fail after getting the big contract.

Hazen and Luvello purposefully tanked this season but will never admit to doing so.

1. Dodgers were going to be even better.
2. Padres were supposed to rival the Dodgers
3. 2020 was a lost developmental year for the minors.
4. They decided that they would use the Dbacks as a developmental team. As a result, they cared less about defense and bullpen, and wanted to see who can hit MLB pitching.
5. Thus why invest in a bullpen. The whole idea of signing Soria, Devinski, Clippard was to trade them at the deadline and gets some prospects back. Failed because of injuries.
6. Had Peralta not sucked and Calhoun not gotten injured they would have been traded as well. That was the plan.
7. Find out who are starters in the MLB, who will get DFA, which starters will be converted to bullpen. Have your starters work on secondary and tertiary pitches, and get them stretched out. Thus leave them in games an extra inning, even if they get hammered.
8. If you are going to suck, might as well get a top 1-3 draft pick.

9. Take the blame for the terrible season. Fans respect that.
10. Assuming that they will not use the Dbacks as a developmental team in 2022, it should be extremely easy to win an extra 20 games. That momentum leads to 2023 and perhaps a winning season?

Its all part of the plan.

As a side question

Given how they only had the 1st round on the 1st day this year, perhaps pick 2-1 is also an important pick, as the team would then have all night to decide or contact agents to see if they can sign a 1st round talent that may have slipped for some reason.

If would suck if the Orioles picked the same player that the Dbacks wanted at 1-1 and 2-1.

I think he means

commented on End of season Diamondback thoughts from Mike Hazen and Torey Lovullo from AZ Snake Pit, Oct 5, 2021, 2:21am EDT

I would just move Marte

To 3rd if he can play that position.

The teams biggest glaring need is 3B with no evidence that there is anyone in the minors for that position.

If you can get a power hitting RHH defensively good 3B, then why not spend that money at that position. Not sure I want Kris Bryant, but he all that is available and comes with no qualifying offer. Only negative is that Boris is his agent. That being said, it would solidify the center of the lineup, and ‘only’ cost this team money, which they should have ‘plenty’ of : https://www.spotrac.com/mlb/arizona-diamondbacks/payroll/2022/

Based on those calculations, if you subtract Calhoun and Clippard, that should more than enough cover all the pre-arb, and arb players (with likely some money left over), the team should be under $65 million next year without the need to move Ahmed or Peralta.

I think 6/150 for Bryant is probably what he gets, but if the Dbacks can get him for 5/125, we should jump on tha (plus Boris touting Bryant’s ‘positional versatility’ which probably Hazen and company would love). Lots of Cubs fans in the Valley, might get more fans at the games because of him.