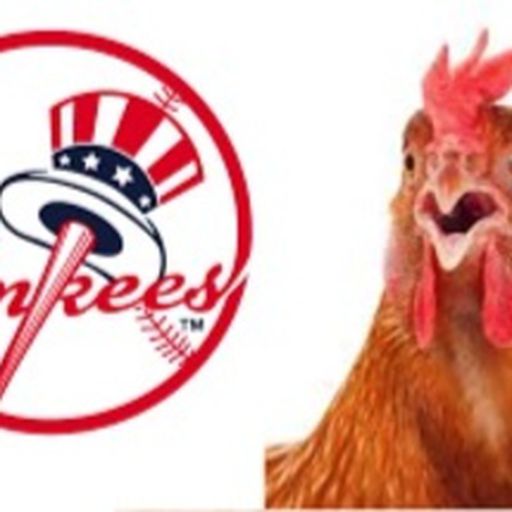 That in 10 years King will be the starting QB at San Jose State, loved by all, and still somehow miraculously have 3 years of eligibility left?

Where was Baylor Cupp?

Anyone else thinking when Calzada was throwing near interceptions it may be time to go with a two TE set? or 3? or a FB (kinda used Spiller like that) and just start beating up their D-Line for a few quarters?

c00nphrog's comment on Making the case for an undefeated Texas A&M from Good Bull Hunting,

c00nphrog's comment on THE TAILGATE: A Graphical Preview of Texas A&M vs. Kent State from Good Bull Hunting,

commented on THE TAILGATE: A Graphical Preview of Texas A&M vs. Kent State from Good Bull Hunting, Sep 1, 2021, 4:55pm EDT

And if Jimbo doesn’t win a National Championship by 2620, President Camacho made another promise. He would kick Jimbo’s jarred balls all the way up to the roof of the mouth of his jarred head.

investigator1945's comment on Texas A&M to recreate 2001 Red, White and Blue Out this Saturday from Good Bull Hunting,

I can't believe it's been 20 years...I've never forgotten how special that game was to me

Just weeks earlier I packed up a U-Haul and drove down from New York having accepted admission to Texas A&M while never previously stepping foot in Texas before. I’d never lived far enough away from the Twin Towers that I couldn’t see them from whatever town/borough I was living in. I was nervous to pickup my life and leave everything and everyone I knew. A few days before I left, I walked down the sidewalk in lower Manhattan with one hand holding my then girlfriend’s hand and the other hand running along the western facade of the North Tower. I looked up and said something to the effect of, "Well guys (addressing the towers), I’ve gotta go to Texas. Take care, I’ll see you in December."

Fast forward to that Tuesday morning. As I walked through the parking lot past Reed Arena one of my new friends ran up and said, "Hey man! did you hear that someone flew a plane into the Empire State Building!?" I called my mother while she was driving work in the city. I asked her, "Did you hear that a plane hit the Empire State Building?" She said she hadn’t heard anything. I told her to put the radio, if this happened every station would be covering it. She turned on the radio put her phone up to the speaker and at that moment I heard the commentator say, "Another plane just crashed into the South Tower…" Then the phone line went dead. My heart dropped and I was struck with an overwhelming sense of dread as I realized, it’s the World Trade Center not the Empire State Building and this is a terror attack. I thought, "Dear God I hope mom is nowhere near this", assuming the streets were breaking out in chaos. I dialed her back….busy, again…busy, and again and again….nothing, then my brother…busy…my friends…busy. In the coming minutes I watched in disbelief seeing the towers I’d known my whole life, that I just said "see you later" to weeks earlier collapse on live TV. I went numb, it didn’t compute. I stayed wake for the next 2 days straight feeling grief, fear, anger, dread, helplessness, and guilt that I could offer nothing to those who needed me back home. I was alone, in Texas. Although I also felt great sense of relief too once I got through to my mother that evening and learned that she and my family were OK. I also learned that many of my friends and neighbors weren’t so lucky.

September 11th 2001 is seared in my brain and remains to be one of the worst days of my life. 20 years later, I still can’t bring myself to watch the footage again after seeing it play out live on the TVs in the Wehner building. Also seared in my brain is the Red, White and Blue out, the memory stands out vividly. For the first time since 11 days earlier, from walking up to Kyle Field and seeing the stands filling up from the South entrance, to standing for the National Anthem, and standing throughout the entire game, I felt strong, I felt proud, I felt resilient, and I didn’t feel alone. I felt part of something great and greater than myself. I’ll always remember that game and how I felt that day. I believe it was the first time I FELT like an Aggie and not just like a guy who decided to enroll at Texas A&M University. I’m really glad to see it being commemorated 20 years later.