Hence the free books on the sidewalk

I am become bface, dispenser of tweets

Fun tidbit: my job with the Davis campaign, which was my first paying job, is the only time I’ve ever been fired

Was fired 3 days before the 2014 election for refusing to send any of the volunteers who reported to me to go knock on a door that belonged to a guy who had sicked a dog on us before.

That’s a superficial example, but illustrative of the integration Beto for Texas had between data and grassroots ops

On the other hand, Davis’ campaign remains the worst I’ve ever worked on.

All Battleground Texas alum from the 2013-2016 period should be banished to the political wilderness. Every election cycle they suck up a ton of cash without having learned the lessons of the last campaign.

Patty gets banned, LSB goes down for several hours 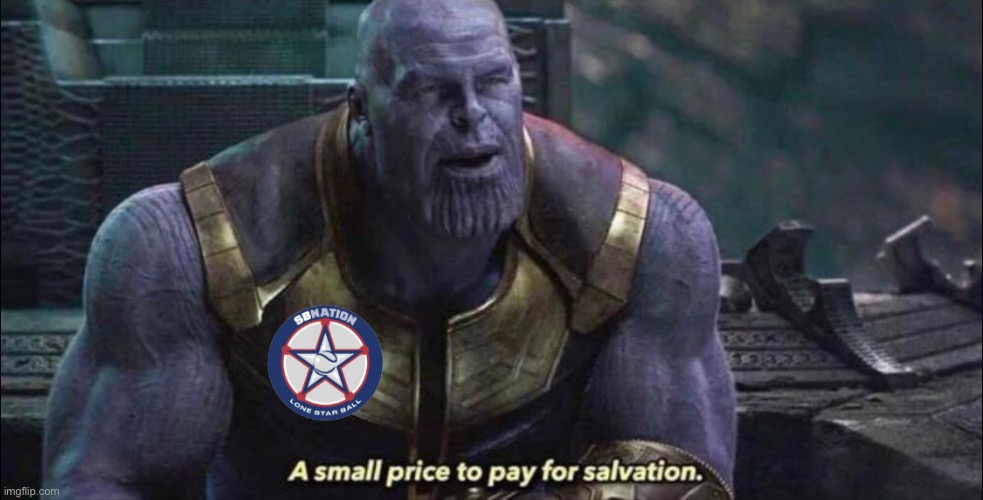 LBJ connected so well because he knew their struggle

After all, during his undergrad years, he spent a year teaching at the Welhausen Mexican School, a segregated school for Latino students in Cotulla.

Give LBJ all the hell you want for Vietnam, but damn did that man know good social policy. Here’s an excerpt of his remarks as he signed the Higher Education Act of 1965:

I shall never forget the faces of the boys and the girls in that little Welhausen Mexican School, and I remember even yet the pain of realizing and knowing then that college was closed to practically every one of those children because they were too poor. And I think it was then that I made up my mind that this nation could never rest while the door to knowledge remained closed to any American.

And the son runs the family coal business.

For folks like Manchin, it’s graft all the way down. The letter next to their name that indicates their party doesn’t tend to matter.

Beasley was throwing a ball once every 7-8 seconds while other pitchers were getting a ball in once every 4-6 seconds.

That combined with the clock being fixed made Gallo look bad. Though, he did hit something like 22 HRs in that round.

He ran and funded a campaign against the D nominee, and got a septuagenarian Republican elected instead.

Manchin cares about nothing besides what improves the Manchin family coffers.

I really don’t have a read on Sinema, outside of her having legitimately terrible political instincts. She now has a 40% favorable rating among likely primary voters in AZ. That’s not a recipe for success. Though, there is an obvious caveat that Sinema won’t face a primary until 2024.

MLB wants every opportunity they can have to partner with a gambling company and flash graphics with prop bets that say +800 for Josh Hader to give up a HR to Wilmer Flores.

I’m on the side of the argument that says going to speak in front of Latinos in Webb County and trying to connect by using the term LatinX is a waste of time.

Rather than trying to use that approach, tell those voters what the hell you’re going to do to improve their lives. Sure, you’ll have the occasional 20 something accuse you of being insensitive, but that’s more than an easy price to pay for the votes you’ll get for actually committing to making someone’s life better.

Always a valuable lesson to keep in mind.

At least from my perspective, polling indicates that this nation desires to have its status quo shaken up; however, institutional safeguards put in place by those holding capital (i.e. superdelegates in the Democratic Party’s primary process) prevent that from happening.

Gallo got robbed at the derby

Should’ve at least gone to a tie with Story, but they didn’t count his last homer.

I only used the Teach for America example because that’s how it’s been described by my grad school colleagues who did their entire two-year stint.

What’s rarely invested in is the campaign infrastructure needed to make the existing canvassers and advertising effective.

In that canvassers who obsess on a single issue or are too extreme on that issue can lead to alienation from voters.

But that’s not on the canvasser, that failure falls entirely on a campaign staff’s inability to train and equip canvassers with the communications skills needed to reach voters.

The kingmaker is a fucking coal baron

Time to break this down, it's gonna be far too long to expect anyone to actually read but here ya go:

1. It’s Carter and Dukakis buttons on a Patagonia backpack for me, but close enough:

They’ve likely spent a summer or two sweating it out in Washington, D.C., cranking out esoteric policy memos for a junior member’s assistant deputy legislative director, or else doing research for a grizzled senior fellow at an upper-Massachusetts Avenue think tank. They might have a faded campaign button from some bygone presidential race dangling from their Fjällräven backpack — maybe for Bernie, or more likely for Pete.

As to the rest of the article, I’ve seen plenty of Dem staffers come into West Texas who don’t know their ass from their elbow and end up getting bogged down in arguments with people on the right. But Shor makes this out to be a one-way street, placing the blame on the staffers who go door-to-door. The failures are two-fold, with data departments failing to provide accurate reflections of households in the reports handed to canvassers.

Wendy Davis’ campaign, which was run by primarily east coast 40-50 year olds, was always doomed to fail, but failed so tremendously because of the disconnect between the data and canvassing operations. Data would say, "we’ve got a swing voter at this address" and deploy a canvasser without any additional information. You’d go knock on a door and get greeted by Mrs. Watson’s husband, who upon learning you worked for the Davis campaign would threaten to shoot you (this happened to 16 year old me on multiple occasions lmao). I helped the Beto campaign provide detailed household data to each canvasser I managed, beyond just the swing voter’s name and address, so they knew what situation they’d be walking into. If Mr. Watson answered the door in 2018, you came back later without saying you worked for Beto for Texas until you had an opportunity to speak with Mrs. Watson.

Data and grassroots operations are a two-way street, and a campaign cannot succeed without both working in harmony. Canvassers provide feedback that has to be integrated into any data analysis, and that analysis guides where and who the canvassers target. Without that feedback loop, the whole thing falls apart. I don’t particularly think that young people are to blame for the rising disconnect between the Democratic Party’s messaging and its traditional voters. Rather, the Democratic Party remaining beholden to its corporate funders remains the source of that problem. Corporations, as we see with Manchin and Sinema’s recent actions, often want the opposite of what the general public wants from policymakers. Remaining tethered to the corporate tit will kill any chance the party has of surviving in the majority in 2022.

The young people who work on these campaigns will tell you that they believe the sole job of government is to improve the lives of its citizens. Pass policies that align with that vision and you’ll reap the electoral benefits. Lincoln’s leadership gifted the Republicans the presidency for 56 of the next 72 years, while FDR’s leadership gave the Democrats the House and Senate for all but 4 years from 1933-1980. Enact legislation that makes the same positive impacts in society and you’ll see the same electoral results.