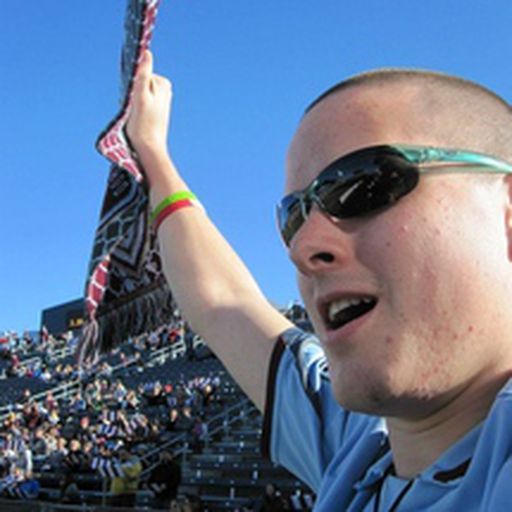 My name is Evan Rowland, a graduate of the Colorado School of Mines and an avid soccer fan of only a few years. Born and raised in Colorado by my parents who are from western New York state. I never really went out of country until 2008, in which I went to Germany and Austria among other places. Euro '08 was going on and boy did that get me into soccer or should I say Fußball (my Oma, nickname for Grandma in German, is from Germany and immigrated here hence the DFB fan status). The enthusiasm of the fans for the sport really got me hooked. I went home and watched the final between Germany and Spain at Woody's, because we didn't get the channel at my house. Sadly Germany lost. Being a native Coloradan I attached to the Rapids and started following them avidly in 2010, and boy was it a year to start too. I am a proud Centennial 38 member and try to go to as many games as possible even though I live out of state. Being a nerd type I tend to over analyze the game and try and find patterns and numbers to back up my gut feelings that I get. Through soccer I have started enjoying all sports, though I will never get as crazy about other sports than the sport that I fell in love with first.