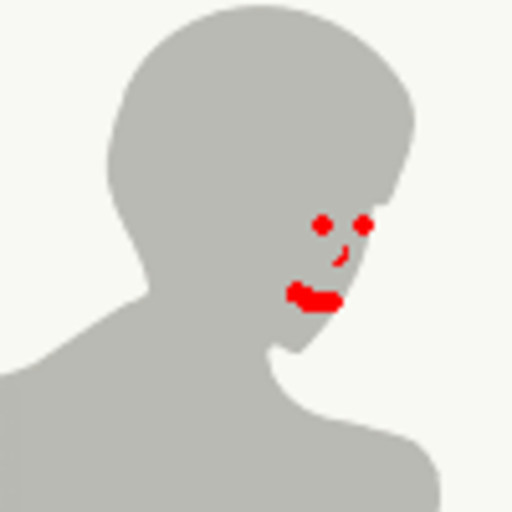 wait, now the seat size can't be the butt of all jokes?

incidentally, the Bills have opposed every proposed overtime rule change

have we been choosing not to compete in our prior games as well?

you left out "understand their defensive responsibilities within the system"

It went pretty much the way I expected. We’re a team that lacks size, struggles to rebound, and seems a bit lost defensively. Purdue is a team built around playing through the 87 tall people on their roster.

Despite the score, they didn’t really roll over, so hopefully this can be a learning experience.

heard he won't be able to get here until May

some red tape or something around the transfer prevented getting enrolled for spring. Which seems plausible, since transferring in a day or two before the semester starts seems like a challenge.

commented on JUCO Running Back Anthony Grant Commits To Nebraska from Corn Nation, Jan 17, 2022, 9:19am EST

I was impressed when, whether intentional or not, CN used the exact photo of Mickey Joseph in LSU garb that the marketing folks doctored into Nebraska gear for their hire announcement.

commented on Thursday Flakes: What Would You Do to Improve Memorial Stadium? from Corn Nation, Jan 13, 2022, 3:25pm EST

Close only counts in horseshoes, hand grenades, and slow dancing

Defense is still a problem for this team. You’re not winning many games giving up 70+. Some of that is attributable to our poor rebounding, and I’m not sure there’s a fix for that this season.

We don’t match up well at all with Purdue, so I’m not going to try and draw many conclusions from that game. (Honestly, I don’t have much hope of winning any conference games this season, but maybe we can steal a couple at home eventually).

The back third of the schedule is either a triumphant return, or the end of the Frost era

Setting aside the other landmines in the first 8 games that can easily explode in our faces, there’s easily 4 losses in a row at the end of the season, even if we’re better next year. We better be at least 6-2 at that point to feel good about making a bowl game…

or 2nd half, at least

commented on Frosted Flakes: Did you watch the National Championship? from Corn Nation, Jan 11, 2022, 1:33pm EST

I'd settle for some rebounding

huskerfanindc's comment on Nebraska Gets Blown Out On The Road To Rutgers 65-93 from Corn Nation,

I admittedly stopped watching around halftime

but what I saw wasn’t necessarily hero ball selfishness, but rather a complete lack of understanding of what they were supposed to do on defense. That’s coaching.

well, his players walked out on him here

so as successful as he’d been (relative to all the rest of our history) he was pretty much done at that point.

What players were willing to put up with finally surpassed him.

I hadn’t known this tidbit until I went looking to see how old he is (76, and apparently an assistant high school coach and AAU coach):

On October 4, 2010, the United States Merchant Marine Academy named Nee its head men’s basketball coach. He was suspended for the final 12 games of the 2013-14 for a locker room temper tantrum and subsequently fired.

commented on Is Nebrasketball Getting Better? from Corn Nation, Jan 7, 2022, 2:01pm EST

Now I'll never be able to find my car in the parking lot...

commented on Friday Flakes: If Casey Thompson Chooses Nebraska - Will He Do ‘Horns Down’? from Corn Nation, Jan 7, 2022, 1:49pm EST

commented on Is Nebrasketball Getting Better? from Corn Nation, Jan 6, 2022, 4:09pm EST

We're also dealing with a couple of critical injuries

Trey will bring some veteran (at least on this team) presence to the floor. Losing Breidenbach really hurt as well. Not that he was a dominant player, but he brought size that we’re woefully lacking. I do think that as the season went on he’d start to settle in and be a key piece. I feel like Kansas always has some walkon tall kid on the bench who can give them a few minutes when they go through injuries or whatever. Now, I’m sure KU gets some pretty talented walkons who could probably get scholarships at small D1 schools, but the Omaha/Lincoln/Class A hoops scene isn’t horrible, so surely there’s some height out there who would walk on rather than go play for Weslyan or wherever?

This season went to crap in a hurry because of the 1-2 punch of all of our so-called 3-point specialists being really bad at shooting combined with losing half of our inside height, so we’re unable to rebound all of those misses.

To answer the original question though, is it improving? We certainly look better than the opening stretch of conference play where we just got obliterated by Indiana and Michigan. Can we play better defensively? Our lack of rebounding really hurts there. It’s a struggle to win games giving up 70+ points, especially when a lot of our scoring relies on streaking 3-point shooting. Either that, or we need Bryce to level-up and go from a respectable 15pts/game to 25+.

commented on Is Nebrasketball Getting Better? from Corn Nation, Jan 6, 2022, 9:05am EST

OSU has barely practiced in the last month, so this was probably the best time to catch them.

I do think the shift to play through Walker more paid off, though.

Crowd seemed decent, for as terrible as we’ve been lately.