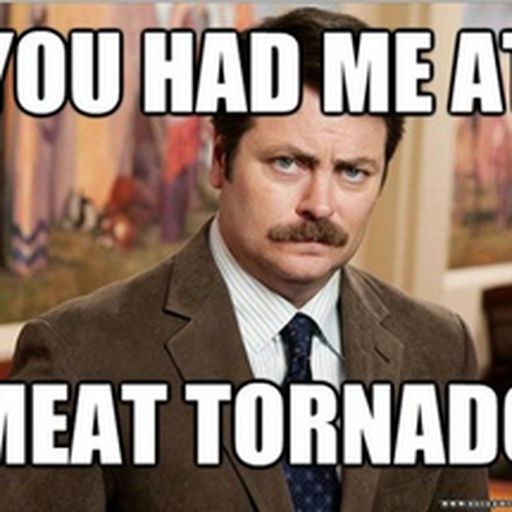 I like to imagine that the coaches told him the ball was actually coming to him as a practical joke.

Fixed it for you

1. It is not the critic who counts; not the man who points out how the strong man stumbles, or where the doer of deeds could have done them better.

2. The credit belongs to the man who is actually in the arena, whose face is marred by dust and sweat and blood; who strives valiantly; who errs, who comes short again and again

3. Because there is no effort without error and shortcoming; but who does actually strive to do the deeds; who knows great enthusiasms, the great devotions; who spends himself in a worthy cause; who at the best knows in the end the triumph of high achievement, and who at the worst, if he fails, at least fails while daring greatly

4. His place shall never be with those cold and timid souls who neither know victory nor defeat.

commented on 46 Random Thoughts on the Penn State White Out Win Over Auburn from Black Shoe Diaries, Sep 21, 2021, 8:55pm EDT

Guess you can just call the Accidents

commented on 46 Random Thoughts on the Penn State White Out Win Over Auburn from Black Shoe Diaries, Sep 21, 2021, 8:51pm EDT

Watch him on the skycam version

Dude covers some ground. Impossible to screen to his side of the field. He certainly could make a few more big impact plays, but he’s around the ball consistently.

Also, Jacobs is super quick and fun to watch. The skycam really shows off the speed and athleticism needed to play college football.

commented on 46 Random Thoughts on the Penn State White Out Win Over Auburn from Black Shoe Diaries, Sep 21, 2021, 8:49pm EDT

It's nice to have a good team

And not spend the whole season counting next year’s scholarships. It’s a very interesting question, but one I’m ok with putting off until the off-season.

Once they stopped the clock, that's where the error really began

The error is somewhat understandable if replay is checking while the clock is running. In theory they are checking pass completion and the ball spot as well. Once the ref blew it dead, that’s when replay really messed up.

My thought is the replay official went back to look at the "third down" play, which was marked as third down.

Instead of replaying from first down, he just quick looked back 30 seconds to confirm that the previous play was marked as third down.

I loved Lee's running, he was explosive

But that doesn’t help if you put the ball on the ground.

commented on Another Goal Line Stand Seals The Victory from Black Shoe Diaries, Sep 20, 2021, 10:29am EDT

skarocksoi's comment on MMQB - The Return of the King from Black Shoe Diaries,

Chris Lucia's comment on MMQB - The Return of the King from Black Shoe Diaries,

DJ-Jimfamous's comment on MMQB - The Return of the King from Black Shoe Diaries,

Pens87's comment on MMQB - The Return of the King from Black Shoe Diaries,

I think it could be compared to 2002 Nebraska

After last year’s debacle, it was a cathartic win.

commented on Another Goal Line Stand Seals The Victory from Black Shoe Diaries, Sep 20, 2021, 8:25am EDT

FB_Dive_or_Bust's comment on Penn State Lands at No. 6 in Latest AP Poll from Black Shoe Diaries,

Pete the Streak's comment on Penn State Lands at No. 6 in Latest AP Poll from Black Shoe Diaries,

It was closer than the announcers made it seem

Jacobs’ initial contact actually started the ball moving, but the ball carrier managed to hold it against his body for just long enough to get down. He was down, but I could see the argument that he didn’t have full control.

It's funny to me, I'm the opposite

In a tight game, I am silent and I want everyone else to be silent. I just hold everything in.

I’m sure this very healthy coping mechanism will never ever manifest itself in other important stress of my life….