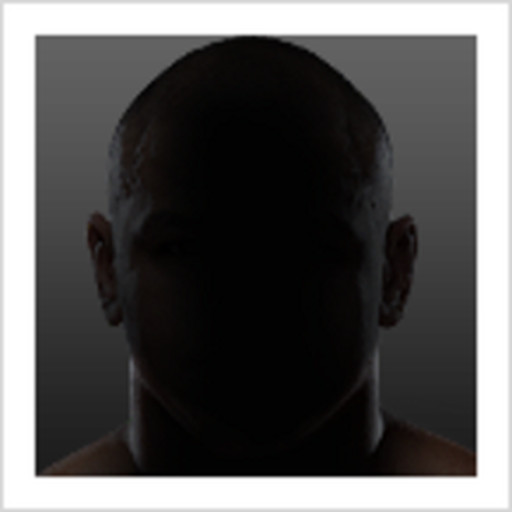 How will Pierce ever get over being mocked on Twitter?

Truly devastating stuff. He will probably never amount to anything due to how his confidence has been crushed. Poor guy.

commented on Paul Pierce is more than what the last few years have made him from CelticsBlog, Sep 13, 2021, 10:03pm EDT

Celtic-Warrior's comment on Paul Pierce is more than what the last few years have made him from CelticsBlog,

Celtic-Warrior's comment on Paul Pierce is more than what the last few years have made him from CelticsBlog,

HisReggieness's comment on Paul Pierce is more than what the last few years have made him from CelticsBlog,

yardobeef's comment on Paul Pierce is more than what the last few years have made him from CelticsBlog,

TheGoodGuy's comment on Paul Pierce is more than what the last few years have made him from CelticsBlog,

anotherbanner's comment on Paul Pierce is more than what the last few years have made him from CelticsBlog,

Once he goes full Harden, he will be unstoppable.

commented on Did the Boston Celtics’ offense get better this offseason? from CelticsBlog, Sep 8, 2021, 8:19am EDT

Stevens has been good.

I like the team he’s put together. Horford is a better fit than Walker was. Schroder was a great signing. I am not extremely excited about the Smart/Rob Williams re-signings. Celtics fans have a tendency to overrate Smart and Rob Williams has yet to prove he can stay healthy. But for the money, those signings are fine. The Celtics should definitely be better than they were last year, and are better positioned to make something happen through a trade. If Stevens can add a third star at a reasonable cost, the Celtics will be a strong championship contender. Otherwise, they are banking on Tatum/Brown to really elevate their games and/or one of the young players to blossom unexpectedly (could be Rob Williams if he is healthy). They are looking like one of the better teams in the conference (again), but there’s still another level to climb.

If the reason you're complaining is Edwards

That really doesn’t make any sense. Chances are high he doesn’t have much of an NBA career.

What is the deal with Rhamondre Stevenson? (He says in Jerry Seinfeld's voice.)

Romeo is 10-45 from three for his regular season career

If he can make the open threes, then he’s got a good chance to be in the rotation. But I need to see it before I believe it. Pritchard and Nesmith have both proven they can shoot against NBA competition. They did it last season. This assessment is not just based on Summer League.

commented on What should the Celtics rotation look like? (CelticsBlog roundtable) from CelticsBlog, Sep 2, 2021, 3:44pm EDT

and I like it. Unlike Brown and Tatum, he is not significantly better than the others at his position.

commented on What should the Celtics rotation look like? (CelticsBlog roundtable) from CelticsBlog, Sep 2, 2021, 3:40pm EDT

ParquetNotParkay's comment on Setting Expectations for Al Horford from CelticsBlog,

Mr.Technical's comment on Ben Simmons situation is getting ugly. from CelticsBlog,

For all of Kyrie issues

His were basically off the floor problems. Simmons’ are on the floor. He can’t make free throws and disappears down the stretch of playoff games. It’s a completely different kind of gamble. I don’t think it’s possible to actually buy low on Simmons, because he is locked into a contract that assumes he is a star player.

commented on Ben Simmons situation is getting ugly. from CelticsBlog, Sep 1, 2021, 10:11am EDT

If Ben Simmons was a free agent tomorrow

I’m not convinced it would be a good idea to sign him to the contract he currently has. So I’m even less convinced it’s worth it to trade anything for him on that contract. He was signed as a superstar player, and it’s at least questionable whether he truly is that guy. Maybe you think he will bounce back, but best case scenario you break even. It’s just not worth the risk.

commented on Ben Simmons situation is getting ugly. from CelticsBlog, Sep 1, 2021, 10:06am EDT

It's likely going to be Nesmith or Pritchard

Nesmith has the most opportunity based on his position and skill set. It’s just a matter of whether he is ready to take advantage of it. But really, just making open shots off the catch and playing solid defense will likely be enough to begin with. Pritchard also has shooting skill that sets him apart, but more competition at his position. Langford is likely going to face an uphill battle to get minutes, since I don’t really see what he provides aside from good defense. He has to establish himself as a scorer, primarily by going to the basket. If he fails to do that, I don’t think he will be a consistent part of the rotation. Not a great facilitator/ball handler. Not a great shooter.

commented on Which young Celtics player will make the biggest impact this year? (CelticsBlog roundtable) from CelticsBlog, Sep 1, 2021, 9:57am EDT

Welcome to the Mac Jones era!

B seems right to me.

They’ve improved, but basically back to where they were before last season. Which is good, but not great. Most likely they’re still going to need to improve the roster to win a championship. This is a solid start, but a start nonetheless.

commented on Grading the Celtics offseason (CelticsBlog roundtable) from CelticsBlog, Aug 30, 2021, 10:52am EDT

It’s an insane opinion. I can’t imagine why two guys who have excelled in sixth men roles would ever be compared to each other, with different parties favoring different players. Crazy stuff.

commented on Who's better Marcus Smart or Dennis Schroder? from CelticsBlog, Aug 30, 2021, 5:39am EDT

mahonedog88's comment on Al Jefferson in the year of our Timelord from CelticsBlog,

Celtic-Warrior's comment on Al Jefferson in the year of our Timelord from CelticsBlog,

YEW Know Im Back's comment on Al Jefferson in the year of our Timelord from CelticsBlog,

This is one of those questions

That will be intensely debated, but likely won’t matter that much. In all likelihood, the minutes of both are going to need to be managed. We all are familiar with Rob Williams’ health issues, and Horford is headed into his 15th NBA season. They are both going to get significant time when they’re available, and there’s going to be time when each aren’t available. Neither one is going to be glued to the bench because he neither one is capable of playing the bulk of the minutes at center over the course of an entire season plus playoffs.

commented on A CelticsBlog debate: one last ride with Al Horford or is the future now with Robert Williams? from CelticsBlog, Aug 27, 2021, 1:05pm EDT

The only way I will be surprised

Is if they are good enough to win a championship or bad enough to miss the playoffs altogether. I think there are actually fewer moving pieces than there were last season, when you had Kemba coming into the season hurt. Smart got hurt early on. Hayward had just departed. You were integrating a couple of rookies with no summer league. The injured vets combined with the inexperience of the depth of the roster (in addition to the hole left by Hayward) left an overall dearth of experienced/skilled players. The return of Walker and Smart and trade for Fournier balanced the roster, but almost as soon as that occurred further injuries sunk them (capped off by Brown/Walker/Rob Williams’ absence against the Nets in the playoffs). The pieces never really stopped moving last season. By comparison, I expect the roster this year to be more stable, experienced, and healthy. So I think they’ll be one of the top teams in the conference again, but (again) not quite good enough to get through the playoffs.

I was going to post my own analysis (that the ranking fails to account for), including Kemba being hurt and limited when he came back. And Fournier playing less than a quarter of the season for the Celtics. But I’ll leave it at that, because anyone who follows the Celtics will understand the factors working against them last season. This shows why power rankings are silly in general. Of course, I can’t know for sure my predictions would be any better, but I am confident the Celtics will be better than #13 unless they sustain a major injury to Tatum and/or Brown.