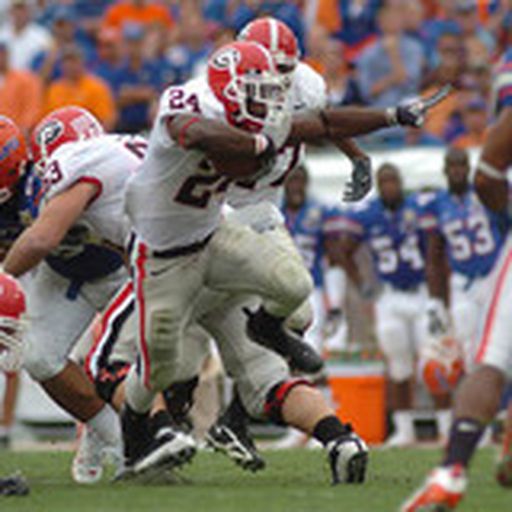 We need a drive for points

Need one more big stop on a 3-and-out

Our front 7 is earning some $ tonight

To be fair, they are probably going against 2 of the top 4 DLs in the country

To be fair, they called Clemson for a PI on A. Mitchell and it was just as questionable as some of the ones on us

As much as the Refs are calling PI, throwing the ball seems like a good plan. Even if you don't catch the ball, decent chance you gain yards

I hope MRJS is ok. Not good to see him hobble off the field. Need him so we can open stuff up.

I hope Monken has been setting them up

After all the little dink & dunk passing with their safeties coming up, I hope we’ll fake the TE/WR screen and then unload to a deep throw.

That D is legit!

They shanked a punt, but it hit a UGA player and Clemson recovered

Right, it was a freak thing on Milton. While, he does need to clear, it's so hard to know where the ball is. Not his fault.

That last run into the teeth of their line was horrible

Is there a better SS in the NL than "2nd-Half Dansby"?

Brooks says putting Cook (or any RB) at the slot is a waste because they will likely draw a DB to cover them. If we release them out of the backfield, then they will likely be matched up against a LB, which is much more favorable as Clemson’s LBs are more straight on run-stoppers.

Additionally, he likes outside zones and runs that make Clemson’s interior line more laterally, instead of playing Manball straight ahead.

I, for sure, think Clemson will come out testing the perimeter with quick hitches & outs, WR screens, outside runs, etc., to test the CBs and to nullify JD and DL.