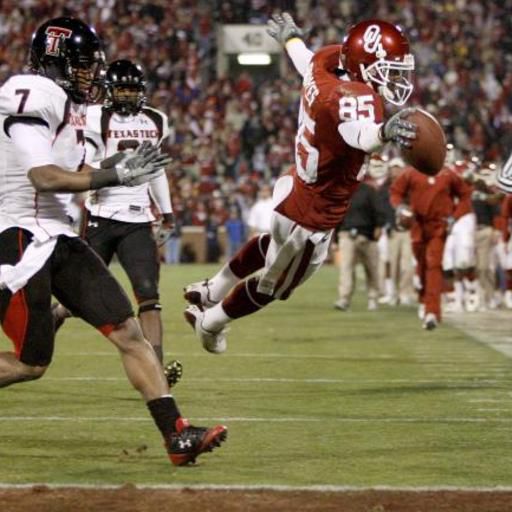 All I need to know is that he has been at the helm while recruiting has improved.

Also, think it’s fair to say that his success with Mayfield, Murray, and Hurts led to recruits like Rattler and Williams.

But overall, I think his record is defense enough. For now.

Unless y’all have been at practices and can show me direct evidence that Riley values friendship over leadership in his relationships with players… I’m gonna say hooey.

Maybe he’s not as surly as Saban, but production he’s gotten – and there are a lot of tyrants as coaches right now that have nothing close to his track record of success.

This isn’t to say he’s perfect – he’s not. It is to say that most of these criticisms are fairly overblown. How many coaches are unbeaten in the country right now? How many have never failed to win a conference title in their career? How many have even gotten to the playoff, much less multiple times? I know the Big 12 isn’t as deep as the SEC, but it’s been on par with the B1G year in and year out, and overall better than the ACC, and miles better than the Pac12 or any of the myriad nothing conferences out there, and he’s owned it. He’s had a few duds against KSU, ISU, ut, lost a tight game to uga, got shelled by Bama and LSU, and that’s about it folks… has the team struggled all year? Yup. Do they have potentially fatal flaws that will bring the season crashing down? Yeah, but they’ve managed to survive this far.

Everyone needs to chill way the heck out about our HC. He’s doing an amazing job, better than almost everybody else, better than his predecessor was doing, he’s got an unbeaten team in line to compete for another conference title, recruiting is better than it’s been in… forever? and we’ve a lot to be happy about.

Be pissed that him and Grinch didn’t have them ready to roll yesterday, to be sure – but accusations like "massive flaw" continue to be way overblown.

The opposite was true last year, though...

Losing leads in the second half and playing like dogsquirt in the third quarters.

I don’t think it’s nearly as monolithic as you describe – and as long as he keeps putting prolific offenses together, I want him calling the plays. There’s not many better options out there.

As for Grinch… he’s definitely got to get it together. That’s going to be the role of the OU DC for the next… however long Riley wants to be QB king and the guru from Muleshoe on offense…

akokie's comment on Oklahoma Sooners Football: OU escapes with a 35-23 win over Kansas from Crimson And Cream Machine,

eastman88's comment on Oklahoma Sooners Football: OU escapes with a 35-23 win over Kansas from Crimson And Cream Machine,

akokie's comment on Oklahoma Sooners Football: OU escapes with a 35-23 win over Kansas from Crimson And Cream Machine,

"Flat out sucks" is a bit strong, I think.

But in the extremely short list of Riley’s flaws, I think that not burying opponents is one of the most valid.

On occasion, not a bad idea.

Especially when the injury bug has hit you and you haven’t had a break all year.

But boy, you gotta have a way to overcome the lethargy that can set in afterward, and they sure didn’t do that until the second half today.

Brown'sBrain's comment on Oklahoma Sooners Football: OU escapes with a 35-23 win over Kansas from Crimson And Cream Machine,

SaintSoonerReturns's comment on Oklahoma Sooners Football vs. Kansas: Game Thread, How to Watch & Final Thoughts from Crimson And Cream Machine,

Sooner_Anesthetist's comment on Oklahoma Sooners Football vs. Kansas: Game Thread, How to Watch & Final Thoughts from Crimson And Cream Machine,

akokie's comment on Oklahoma Sooners Football vs. Kansas: Game Thread, How to Watch & Final Thoughts from Crimson And Cream Machine,

Heart attack to nothing, garbage, trash, poopy-head team notwithstanding.

Shoot... as much joy and misery as we've shared in here...

we all owe each other a few, I think.

Gosh, I need one now. Still on duty though….

Can
Not
Go
Zone.

Haven’t seen one of those in a minute.

By the way... just glad I was able to show up and save the day here. Can't leave you clowns alone anymore.

Alex… Lincoln… get yo mess together.

On par with his post-injury NFL career.

Need to punch this in.

If nothing else, to make me feel better.

Felt like a lot of bad crap coming our way….

Sliding is an art.

Don’t want him to get smacked at this point.

If the whistle didn’t blow, you keep playing.

And you can hand it off anywhere at that point.