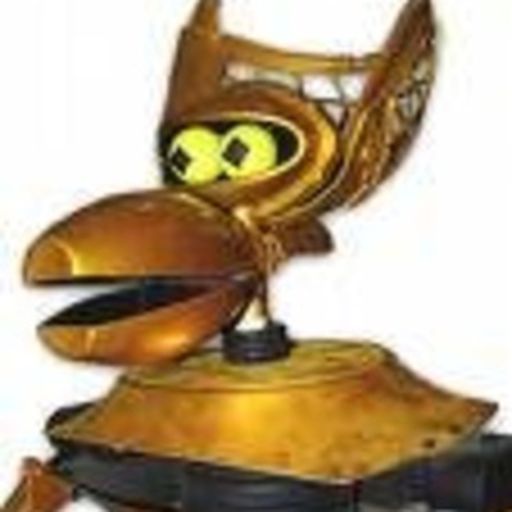 although the ending went over-the-top-paint-by-numbers and that was disappointing.

didn’t see anything of the NFL this weekend, it was just a score check and "would somebody please beat the Rams".

and p.s., I'll be rooting for the Rams just soon as I finish eating this trash can of broken glass.

Rankings are from last week (i.e., before the win against Oklahoma and the loss against South Dakota State), new ones will likely come on line today/tomorrow. Individual and team records are current (assuming I haven’t made any mistakes – always possible). Expect some tumbles for the Elam brothers and Jeremiah Kent. P.S. I think I’ll need to include both Brown and Crawford on the next table seeing as they are alternating at 133. 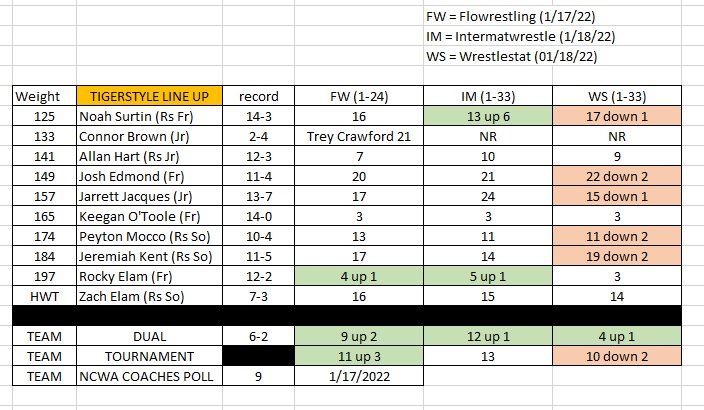 ~~~~~~~~~~~~
I was curious as to how things were shaking out compared to pre-season predictions. Here’s a look. You can see where Jarrett Jacques has fallen the hardest and Noah Surtin has been doing a climb followed by Edmond and Mocco. O’Toole didn’t really have a lot of room to do better and he has; ditto for Rocky Elam, although Saturday’s loss to #22 Tanner Sloan is going to sting the former.

Matt Manley and/or Beau Baehman (Mizzou’s color and play-by-play respectively; Manley also the Director of Operations) indicated that there was ‘nothing wrong’ with O’Toole and that it was simply a decision to rest him. So either…
a) that’s accurate, and the coaching staff was wincing as the dual unfolded in the later stages.
b) that’s not accurate or not fully accurate, but the coaches are left with a public not-so-very-good look via play-by-play/commentary.
No way do I know, but… it seems to me a bit odd that 1) Coach Smith et al., would not be well aware of the up and coming Jackrabbits squad as they are garnishing more attention as of late, even more so the case when you know Mocco isn’t going and that 2) they wouldn’t go with O’Toole during a home dual as a good faith gesture to the fans and 3) an athlete of O’Toole’s caliber would be anything less than completely ready to go for the next duals that are a full week away.
If I had to guess, I’m thinking O’Toole maybe got dinged-up just a bit vs. OU but nobody wanted to set off alarm bells in saying "he’s injured"
~~~~~~~
regarding the train wreck ending to the dual – I really had the sense that after Kent lost, both the Elam brothers were pushing hard and out of their comfort zones to get bonus wins so that we could win the thing. Rocky was just a step out of place here or off balance a shade over there and bam, he gets behind and now he’s really pressing. Not sure what to make of Zach but he seems to be regressing over time (or at least has plateaued) relative to the thunder he had when he began with the team, but that could be psychological on my part, i.e., anyone was going to be viewed as savior after the way our heavyweights had been brutal for a number of seasons in a row (that struggle has now clearly shifted to 133).
~~~~~~~~
some light: I was happy for Jacques; he really needed a win. Hart and Surtin did wonderful, Edmond too. It was weird because earlier in the season, it felt like, just manage the lighter weights and wait for the cavalry to arrive. Yesterday, that script was flipped in a very unhappy way.

Don’t want to go complete meltdown mode online and be one of ‘those types’
We’ve still got Iowa State, Okie State and Arizona State and I frankly don’t see us beating any of them.

probably not good for me to post with my mood

but – he needs to run winds sprints forever and a day – always out of gas in the third and just flailing. It’s like, he has to win in the first two or it just gets really ugly.

Nevills does get the escape, and is up 1-0 , with riding time it is essentially 2-0

Bad to worse - Zach gets ridden the entire 2nd period

score remains 0-0. But Nevills starts the third on bottom

Rocky picked a bad day to take an upset

but if you know, going into the dual that Mocco isn’t wrestling?!?

Zach is a capable wrestle, but a pin-master he is not. In addition, Nevills is ranked #24 – not like he’s going to let himself get pinned.

Tigers are down by 6. with one match left.

and I’m not liking this AT ALL.

Kent up 2-0 after the first with significant riding time.

Harman is scrapping but down 5-2 after 2