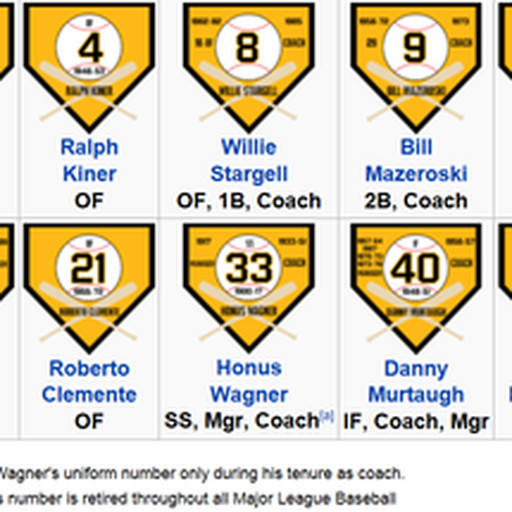 Was easily the top play of the season. It’s true the Bucco’s were rallying before Cheetah hit the Granny, but what an awesome late rally.
IIRC correctly didn’t they say going into the 8th that for the season all 814 games to that point that no one had come back from 6 runs after 7 innings? I think this was this game.

Even if not, between watching Difo blast a homer right after Greg Brown said how incredible it would be if Difo did just that? To the bottom of the 9th, where they loaded the bases and having the most unassuming guy in the lineup take Edwin Diaz deep for the first time in the season. That was priceless.
Honestly if not for the late inning comebacks I don’t think I’d have enjoyed any of the season.

Rockyburgher's comment on New Years Resolutions for the Pirates in 2022 from Bucs Dugout,

greatWhiteAngus's comment on Recapping the Pirates’ organizational moves in Indianapolis before Christmas from Bucs Dugout,

Rockyburgher's comment on Recapping the Pirates’ organizational moves in Indianapolis before Christmas from Bucs Dugout,

FredClarke's comment on What should Pirates do if a Rule 5 draft is held? from Bucs Dugout,

It’d be hard to keep a fielder on their roster for a season unless he’s out for most of the season. IMO the Pirates have plenty of hitters to fill their roster this season. Some are place-holders, others will be trying out for a Pirates future. Meanwhile, like you point out, a stuff LH would be a really nice addition to the BP. They have Howard and Banda, neither is too much of a threat on the mound, but neither has overpowering stuff.

FG shows Corry with some wildness, but 50+ grades on FB (tops at 95), Curve (plus) and change. They do say his ceiling is middle relief. Why not stick him in the pen and see if he can reach his ceiling sooner. He’s 23, so there’d be room for growth. If not send him back to SF and promote from within.

Pghsportsfan66's comment on What should Pirates do if a Rule 5 draft is held? from Bucs Dugout,

That’d be 9 more wins? With some extra pop in the lineup its possible. But the SP should be about the same, so I’m not holding my breath.

If they stop finding good trades for their BP then yes I can see Meccage being let go. But, like you I think it’s doubtful unless BC just wants to tear the whole NH team down.

It’s a great tool if it’s used. It seems like teams have gotten away from using it. I’m sure all the throws to 1st don’t help, but it also doesn’t help getting thrown out when you could have scored on a homer.

The Pirates are really short on homers, though, so I have to admit, with as much team speed as they had last year (albeit was middling) they really didn’t push it as much as I’d have expected? Hayes, Tucker, Newman, Alford, Polanco all have decent speed, but they just didn’t apply it. The only time I saw it was when the ball was in play. They earned a lot of triples by pushing that speed, and when they ran around the bases to hits in the OF. I hope they try a bit harder at using their speed to pressure the defenses in 2022. Wasn’t Tarik Brock in charge of that, base running? Wouldn’t they expect more from him and the team in 2022?

I agree to late game defensive subs. I think they are keeping Newman with that in mind. That and as a part-timer while they try out Cruz, et. al. through the season. I’m not sure what to make of Tucker yet. 2022 might be his last chance with the Pirates.