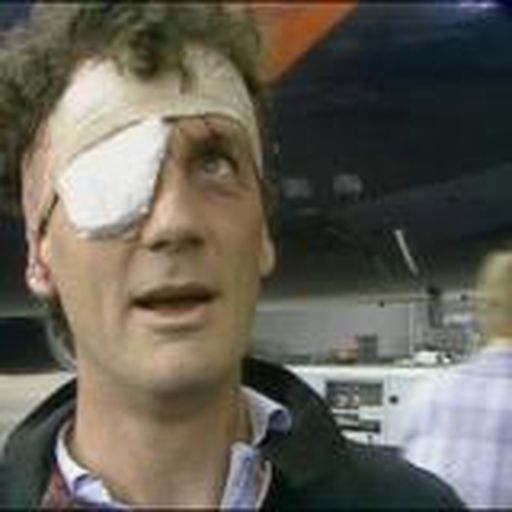 commented on Finding help for the Cincinnati Reds vs LHP from Red Reporter, Oct 28, 2021, 9:52am EDT

Not a lot, imo

Barnhart’s bat really fell apart at the end of last year. He was trucking along at the ASB with a nice contract-year 272/351/416 slash line. But in large part because of an awful September, his second half line was 212/269/301.

Even if he’s recognized as a very good defensive catcher, he’s now on the wrong side of 30 and hasn’t hit 250 or slugged 400 since 2017. He’s got an OPS+ of 77 for the last 3 years. He’s probably a bad enough hitter now that a good team won’t sign him as their primary starter. Backup catcher money is going to be less than his option.

Man, Adam Duvall is not exactly the picture of grace out in CF

cokane's comment on The biggest question facing the Cincinnati Reds this offseason from Red Reporter,

Wick Terrell's comment on Free agents with bird names who could help the 2022 Cincinnati Reds from Red Reporter,

BumsWillAlwaysLose's comment on Free agents with bird names who could help the 2022 Cincinnati Reds from Red Reporter,

Votto's MVP was now 11 years ago

Wild! Congrats to your friend

I’ve run a few fulls but no longer have the appetite for anything longer than a half marathon.

I’ve got a college friend who was a distance runner and obsessed with the Guinness Book of World Records as a kid. He found his way in by doing the most miles (77) on a treadmill indoors in 12 hours.

He seems like the crafty type that could’ve hung around for while. But yeah I don’t blame him at all for wanting to step away given the family situation.

Thanks for taking a space cadet to Cooperstown

I remember that "oh crap" feeling about an hour after you picked me up that I had forgotten my wallet. Thanks to Nukkah for underwriting Griffey’s induction weekend!

I still wonder why Mike Leake decided to retire

It sounds like he opted out early from the covid season and just decided he didn’t want to come back.

commented on Former Cincinnati Reds pitchers and their 2021 MLB campaigns from Red Reporter, Oct 19, 2021, 8:09am EDT

Will give Aristides some added motivation to stick with the team

I wouldn't mind a flyer on Zack Greinke

I went through a phase several years ago where I thought my continuing to hang around this place was emblematic of my shortcomings. I was going through a divorce, my career was blah, and I generally felt I wasn’t punching my weight in life. But then I figured out it was dumb to deprive myself of something that brings me joy. So thanks for being a part of that.

Cardinals president John Mozeliak said the team would hire a new manager over the next month. There are internal candidates. He also talked about knowing the organization's philosophy. San Diego bench coach Skip Schumaker, a well-regarded longtime Cardinal, checks a lot of boxes.

commented on Searching for silver linings with the Cincinnati Reds in free agency from Red Reporter, Oct 15, 2021, 2:59pm EDT

ChiDa's comment on Searching for silver linings with the Cincinnati Reds in free agency from Red Reporter,

Yeah, I don't get it

Their rotation was decimated and they still came back from the grave. They got a random MVP-caliber season from Tyler O’Neill. They’ve made the playoffs in each of his full seasons.

Must be an internal political thing.

commented on Searching for silver linings with the Cincinnati Reds in free agency from Red Reporter, Oct 14, 2021, 4:35pm EDT